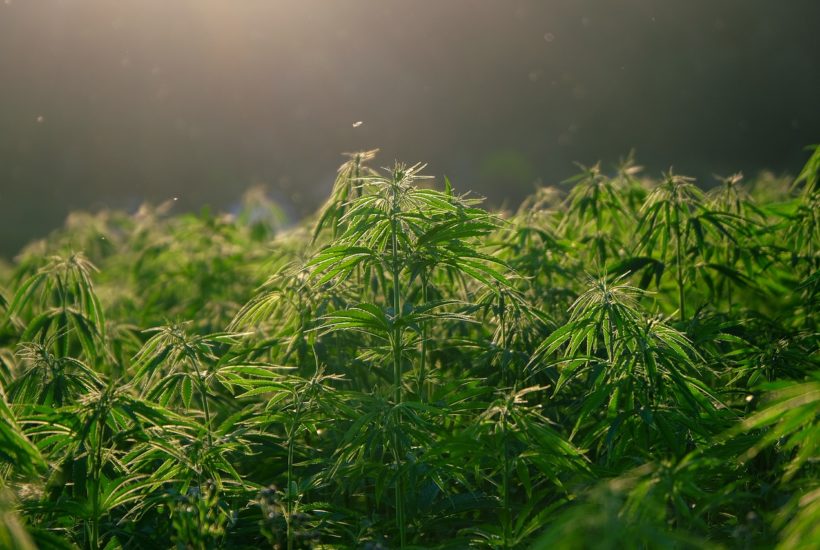 The national government expects to have before the end of the year the law that encourages the development of the hemp and the medical cannabis industry. The National Senate already has the draft bill that creates a legal and regulatory framework for a productive activity that has been growing exponentially at a global level for the last two decades. “In this emerging global market there is a window of opportunity for Argentina”, predicted Matías Kulfas, Minister of Productive Development, where the project germinated. The eventual law will allow the private and public sectors to cultivate cannabis for medicinal use and industrial hemp. The initiative does not advance in the decriminalization of cannabis cultivation for recreational purposes.

The text must now be dealt with in three Senate committees: Budget and Finance; Agriculture and Livestock; and Internal Security and Drug Trafficking. It is expected that the bill will be approved: governors from different political parties, such as the radical Gerardo Morales and the Peronist Alberto Rodríguez Saá, have already expressed their support to the bill. La Rioja, Entre Ríos, Neuquén (governed by the MPN) and Misiones also support it.

“Will there be a law before the end of the year?”, this media asked Mara Brawer, deputy of the FDT. “I am convinced,” answered the legislator, who contributed to the project an initiative of her own on the promotion of industrial hemp.

Read more about the cannabis legalization and other important cannabis news with the Hemp.im mobile app.

Article 2° defines, among other terms, the scope of “cannabis plant” and “hemp” as an industrial variety with low content of tetrahydrocannabinol (THC), the psychoactive substance of cannabis.

The production of medical cannabis has grown exponentially since the beginning of the century: in 2000, 1.4 tons were produced in the world and in 2019 production already amounted to 468 tons. By 2024, global production is projected at $42.7 billion. Israel, Canada and the United States lead the table of producers worldwide; Uruguay and Colombia are the most advanced in the region.

“In this emerging global market there is a window of opportunity for Argentina,” predicted Minister Matías Kulfas, who maintains that the country can be a “global leader” in the production of medicinal and industrial cannabis, due to its experience in agricultural production, its scientific research network (the Conicet created the Racme, a unit that investigates medicinal use), the experience of the Inta and Inti, a network of public and private laboratories, and initiatives in several provinces.

Minister Kulfas outlined a “starting scenario”: by 2025 they project 10 thousand new jobs, some 500 million dollars in sales to the domestic market and 50 million dollars from exports. “A conservative scenario,” he clarified.

The initiative creates the Regulatory Agency of the Hemp and Medicinal Cannabis Industry (Ariccame), which will operate within the Ministry of Productive Development

The Ministries of Health, Agriculture, Science, and Security will be represented in its board of directors. This agency will regulate, supervise and administer the productive chain; it will grant permits for production and commercialization; it will also apply fines or withdraw authorizations to producers who violate the law.

Regarding the integration of the Agency, there could be modifications to the text in the Senate. The governor of La Rioja, Ricardo Quintela, asked for a “federal integration”, with representatives of all the provinces.

There are 22 provinces and 80 municipalities with different degrees of development in their projects. Jujuy, San Luis, La Rioja, La Pampa and Entre Ríos are at the most advanced stage. In the northwestern provinces, they intend to reconvert the tobacco sector to cannabis production. Chaco is also aiming at the reconversion of part of its cotton industry.

Approved more than three years ago Law 27.350, which enabled the medicinal use of cannabis (but not its production), Jujuy took action. “We have invested more than eight million dollars,” said Governor Morales. A pilot plantation already yielded a ton of cannabis flower, which will be used to produce oil for medicinal purposes. “When we went to register the company to produce cannabis, the Afip had no nomenclature; the importation of seeds was not administratively simple either. This law will make the whole process less bureaucratic,” said Morales.

Entre Ríos is working on setting up a network of public laboratories for testing and quality control of medical cannabis and the Government of La Rioja says it has invested “more than 100 million pesos to produce cannabis in the province”.

Governors Morales and Rodríguez Saá agree that, once the law enabling the production of medical cannabis and industrial hemp has been passed, progress must be made in the decriminalization of the recreational consumption of cannabis. The governor of El Puntano invited to “break the paradigm” and to talk about “the decriminalization of cannabis consumption.”

First published in LaVoz, a third-party contributor translated and adapted the article from the original. In case of discrepancy, the original will prevail.