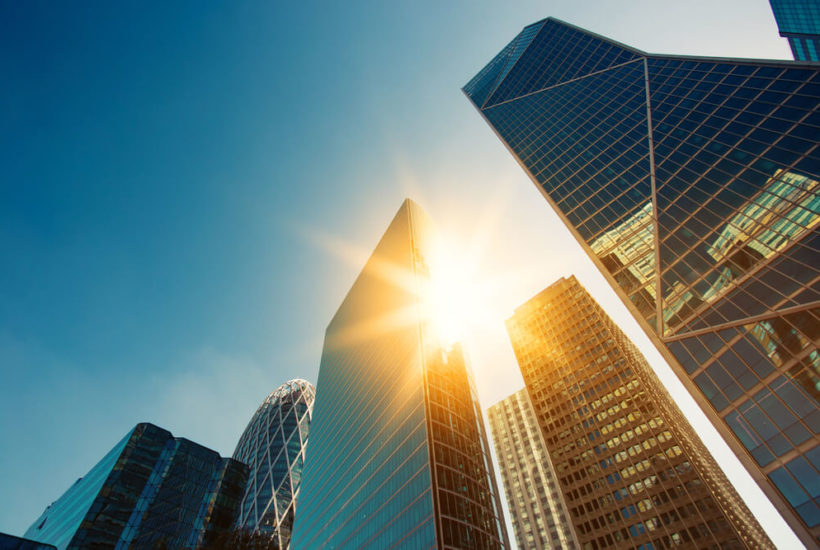 This is the first thing that popped into my mind when I read Steve Blank’s Harvard Business Review article explaining why Jeff Immelt lost his job as CEO of GE. Steve argues activist investors forced out Immelt because of the long, languishing performance of the company’s stock.

I’ll never forget the meeting that Beth asked me to attend at GE headquarters. I was brought in to give a presentation to her leadership team about how large firms balance the tension between the visionaries and the operators; between the Walt and Roy Disneys of the world; the MBAs and the BFAs; the Jeff Immelts and the Jack Welchs; what I like to call the Idea Monkeys and the Ringleaders.

As I recall, half of the room was on the edge of their seats. The other half was too worried about their day jobs to pay attention. After all, they were supposed to be making money today, not thinking about the future.

Six years later, I am afraid that at GE, innovation has become a four-letter word. It didn’t seem that way at the time of my talk, but this is an all-too-familiar outcome.

Under Immelt and Comstock’s leadership, GE was committed to innovation and redefining the company’s place in the future. They were trying to move GE from a product company to becoming a platform for new products, services, and business models. They were seeking to strike a balance between short-term profits and long-term growth.

After the meeting, I was asked to join their innovation advisory board, and our company and others were hired to help create and implement systems that leveraged the principles of design thinking and lean startup throughout the organization.

As I was leaving a subsequent meeting, it became easy to see why this was a priority. A leader from one of GE’s partner firms whispered in my ear that it had been over 13 years since GE had launched a product based on one of their own patents. Thomas Edison’s company had forgotten how to innovate. Operators like former CEO Jack Welch had done such a good job eliminating mistakes that the company had lost its ability to take risks and experiment. Immelt was committed to taking on this issue. Immelt is now gone.

To be fair, Mr. Immelt had 16 years to move the needle, and he only started working on innovation in earnest during the second half of his tenure. It is also fair to ask why companies like mine did not push his team harder or have a more immediate impact on stock valuation. We worked with Beth and her team for about a year and saw firsthand the massive challenge that leadership at GE was taking on.

For large, publicly traded companies, the central question was then—and is today—how do you ensure profit while you are experimenting with new business and service models? If you are an Idea Monkey like Edison or Jeff Immelt, the answer is to out-innovate your competition. If you are a Ringleader like GE’s former CEO Jack Welch or Walt Disney’s brother Roy, the answer is to find new—albeit creative—ways to cut costs, tighten distribution and optimize your current operations. (You will find a summary of my recommendations at the end.)

For Welch, this meant institutionalizing programs like Six Sigma to minimize costly mistakes. The focus clearly paid off. During Welch’s two-decade tenure, the company became the most valuable in the world in terms of stock valuation. The company went from a market value of $14 billion, the 10th highest in the world, when he took over as CEO, to more than $410 billion at the time of his retirement in 2001. For Immelt, it meant institutionalizing design thinking and lean innovation management to help identify more elegant futures.

Right now, disruptive startups are putting a lot of pressure on incumbent leaders like GE. Under pressure of disruption, each of these archetypes—the Idea Monkey and the Ringleader—respond to pressure in exactly the opposite way. The Idea Monkey wants to envision new models and the Ringleader wants to make the old model work better. In my experience, neither reaction is appropriate. Rather, a balanced response, one that invests in the future while optimizing the present, is what works best.

But this balance is ridiculously difficult to strike—particularly when you have impatient shareholders.

Bob Cancalosi worked at GE for 31 years. For the last seven, he was GE’s Crotonville director of global customer leadership education. I had the pleasure of speaking with Bob at a leadership conference in September.

Bob introduced me to the term “ambidextrous leadership”—his answer to the most common question he got from his customers: “How can I focus on running a business effectively today while always preparing it for tomorrow.”

His answer? “You must listen to customers and deeply understand their pain points, then you can position current solutions and co-create future solutions. The moment you stop listening, you are finished. Too many large corporations lose this ability to listen because they are focused on near-term results. 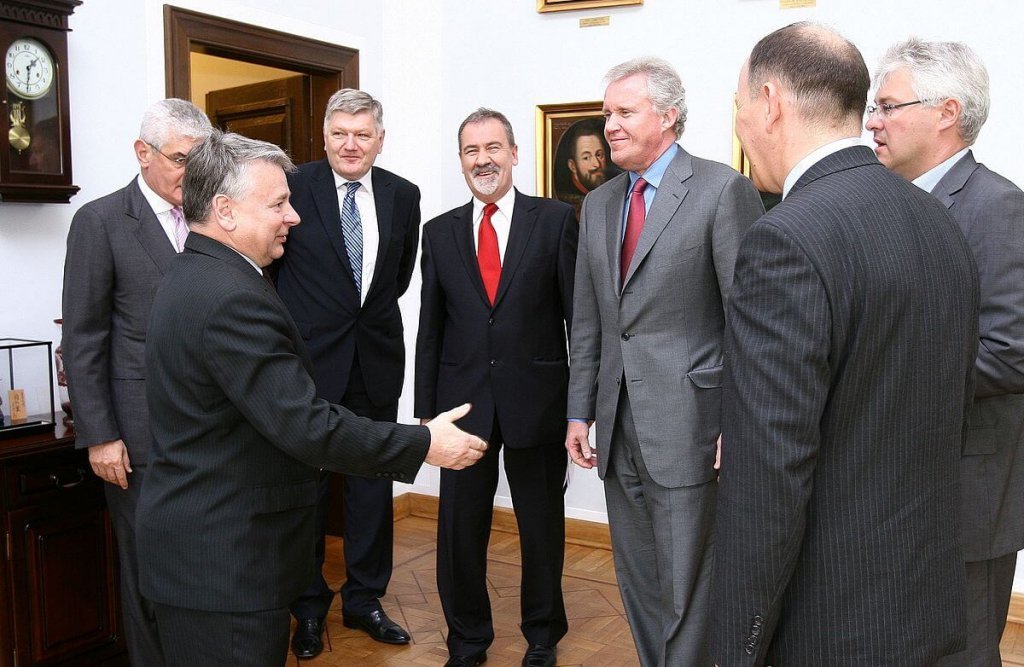 Jeff Immelt lost his job as GE CEO due to the underwhelming performance of the company in the past. (Image by Katarzyna Czerwińska via Wikimedia Commons. CC BY-SA 3.0 pl)

“It can be devastating when there is so much focus on the ‘Now’ that it prevents the appropriate investment in the ‘Next.’ Thinking about tomorrow while working on today is an ambidextrous leadership challenge. The best leaders at GE know how to listen, and at his best, this was Jeff Immelt’s superhero power.”

In 1987, the movie Wall Street featured actor Michael Douglas as Gordon Gekko, a corporate raider who famously said, “Greed is good.” Today, corporate raiders like Gekko have been rebranded as “activist investors,” but the message is still the same. And GE’s activist shareholders have now had their way with the company, which includes helping install a new CEO.

Newsflash: Jack is back, at least in spirit. I suspect that GE’s new CEO, John Flannery, will make dramatic and difficult decisions to create near-term financial results.

Shareholders tend to love executives like Jack Welch and cringe at the ideas of visionary leaders. This is because shareholders naturally care about increasing stock price today, and innovation programs are investments in the tomorrow that decrease short-term profits. So to shareholders, innovation can seem like a waste of time and money.

(This brings to mind my favorite innovation joke. Question: How many innovators does it take to change a light bulb? Answer: Does it have to be a light bulb? I suspect that Thomas Edison would find this funny and compelling—after all, he asked the same question about the gaslight. Jack Welch would probably roll his eyes and get back to his spreadsheet.)

We’ve seen this movie before: Impatient shareholders get visionary leader fired and replace him with an operator who cuts costs, departments and dismantles the systems designed to address the future of the company. The focus is on short-term profits and appeasing shareholders.

How does this work out in the long run?

In 1989, Sears was America’s biggest retailer. Today, Sears—famously founded in 1893 to become the original “buy anything” company—is now reportedly teetering on the edge of bankruptcy. You can argue that they are being replaced by a new version of themselves—a 23-year-old catalog company called Amazon.

Sears had every right to be Amazon. Their shareholders just wouldn’t let them. So as they were listening to shareholders, they forgot to listen to their customers. I wonder how Sears’ stockholders are feeling today? Where are Thomas Edison, Walt Disney and Richard W. Sears when you need them?

Which brings me to the good news. Private companies have an unfair competitive advantage when it comes to innovation: Their owners often have a long-term outlook that allows them to invest in the future.

Looking for some lessons? Here are three for you:

A company culture is a reflection of what leadership values most. Companies that are great at innovation have leaders who have learned to strike the balance between today and tomorrow. They listen to their customers and, more important, to each other.

Now, who is ready for breakfast?

Mike Maddock is an entrepreneur, inventor, writer and keynote speaker. He is the CEO and founding partner of Maddock Douglas, the internationally recognized innovation consulting firm, which has helped more than 25 percent of the Fortune 100 design, brand and launch new products, services, experiences and business models while also empowering an agile culture that can continually innovate. A serial entrepreneur, Maddock has launched six successful businesses and co-chairs the Gathering of Titans Entrepreneurial Conclave at MIT. Maddock is a Forbes contributor and co-author of three books: “Free the Idea Monkey...to focus on what matters most!,” “Brand New: Solving the Innovation Paradox” and “Flirting With the Uninterested — Innovating in a ‘Sold, Not Bought’ Category.”