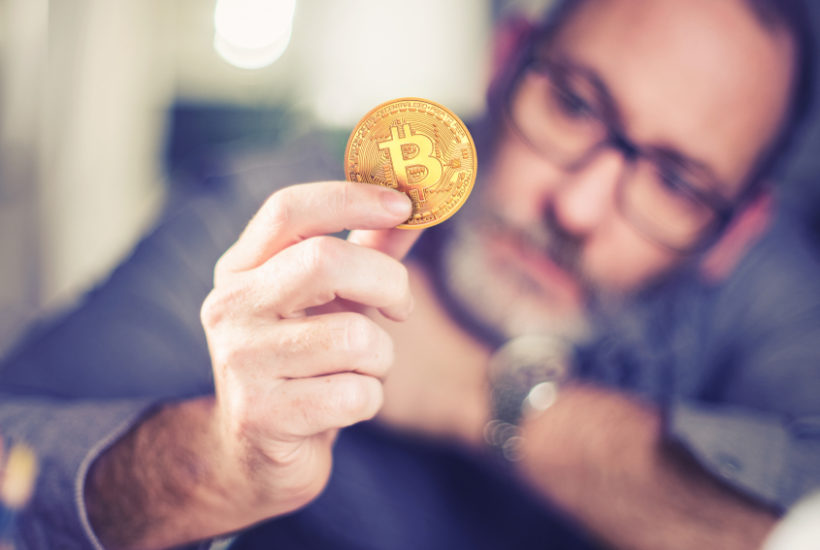 What if prices jumped 10 percent one day, then fell seven percent the next? What if, over the course of a year, prices skyrocketed by 400 percent?

This is what the world is like for those who view Bitcoin as currency.

Last week, the price of Bitcoin shot up almost 20 percent in one day. Crypto aficionados envisioned the start of a new bull market.

A new “bull market” in a currency that’s not driven by comparing it to other currencies — or by looking at the productive capacity of a nation or even the amount of the currency outstanding.

This is about people buying units for…what?

The fact that the value of something labeled a “currency” can fluctuate by not one percent, or even two percent but 20 percent in a single day should scare off anyone who is interested in their currency holding value over time.

If people want to “invest” in bitcoin, which is nothing more than gambling by hoping one day someone will pay you more for it since it has no intrinsic value, that’s great — as long as they limit it to no more than they can afford to lose.

What can go up can just as fast go down

The one-day jump was driven by a single order to buy 20,000 bitcoin split across three exchanges: Coinbase, Kraken, and Bitstamp.

Think about it: one order for 20,000 units drove up the price by 20 percent. That’s not how currencies operate. Functioning currencies are storehouses of value that are mediums of exchange divisible into small, useable units.

Bitcoin fails on two out of three.

It’s not a storehouse of value if it fluctuates wildly, and it’s not a medium of exchange since it’s hardly used in commerce. That leaves being divisible into small units. As a digital asset, this one fits the bill. But unlike the Meatloaf song “Two Out of Three Ain’t Bad,” in this instance, two out of three is terrible.

I have no idea whether bitcoin is going up or down from here, but I know one place it won’t go: my digital wallet.