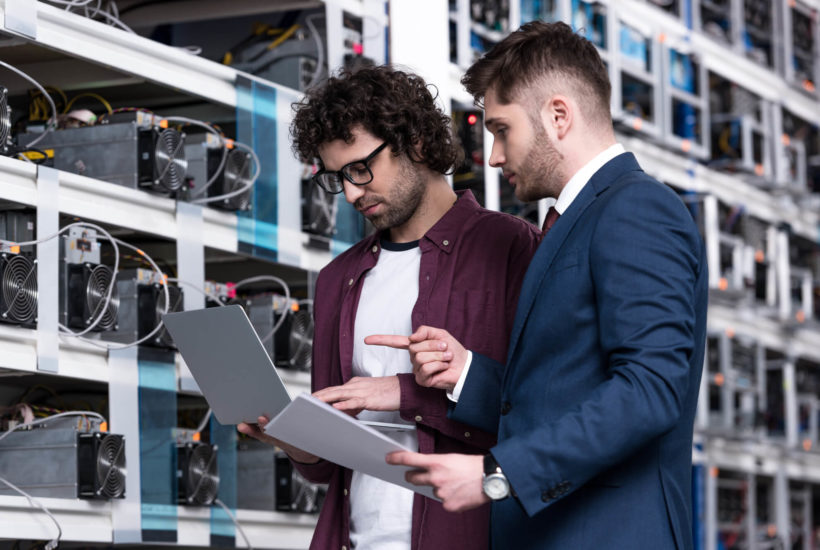 Blockchain technology is disruptive because of its ability to store data permanently in immutable blocks on decentralized nodes. The world has seen its disruptive potential at play in the financial services industry, with cryptocurrencies challenging fiat currencies as a decentralized form of money beyond the control of traditional governments.

Beyond cryptocurrencies, the biggest potential of blockchain technology is its ability to enable trust in inherently untrustworthy systems. Interestingly, the world is unapologetically untrustworthy—people don’t trust governments, governments don’t trust businesses, and businesses don’t trust each other. Hence, much of the good that should have happened in the world especially in the areas of social impact is lost due to an inability to build up the momentum to power change at scale.

Many individuals, endowment funds, corporations, organizations, and governments are constantly thinking about how to unlock social impact at scale for a more equitable and prosperous world. It is no wonder that blockchain technology could be instrumental in accelerating social impact as the world gradually transitions into the Internet of Value.

What is the Internet of Value?

The Internet of Value will enable the real-time exchange of value in verifiable, validated immutable formats, and with a near-instant settlement at practically zero cost.

Value in this sense refers to anything that has or could potentially have a price such as commodities, precious metals, securities, music, art, intellectual property, digital contracts, books, or brand assets.

Blockchain could accelerate social impact through the Internet of Value

One of the biggest challenges to effectively delivering social impact is the fact that interventions often go through a chain of middlemen before reaching the final beneficiaries. Social impact programs don’t usually go directly to the beneficiaries whether they are in America’s inner cities, war-torn Syria, Boko Haram-ravaged northeast Nigeria or desolate Indian villages emptied by drought.

Unfortunately, the middlemen have too much power in determining which communities get what interventions; hence, the intended beneficiaries of some social interventions become underserved or unserved.

Blockchain technology can facilitate the direct peer-to-peer transfer of value through the Internet of Value directly from donors to recipients without the intermediary of third parties.

For one, blockchain solves the identity problem with uniquely immutable information on each recipient especially for stateless people or refugees who do not have passports or other forms of identification.

The role of blockchain in enhancing transparency in the global supply chain also comes to fore in improving the efficacy of social impact programs. Mosquito nets paid for by a European donor, manufactured in Asia, and being shipped to Africa can be tracked via blockchain to ensure that it is distributed to the intended populations.

Traditional financial institutions are in business to make money, and they make a great deal of it by providing their services to people who can afford to pay. Sadly, nearly 50% of the world’s population lives on less than $5.50 per day, and some of the world’s poorest live on less than $1 per day. The worst part is that private wealth is becoming increasingly concentrated in fewer hands—the gap between the rich and the poor is widening and the rich get richer and poor get poorer.

Financial inclusion generally refers to an intentional effort to make useful financial products and services available to everybody that needs them sustainably. Whereas traditional financial institutions tend to offer their services to people who can afford to pay for them, blockchain is empowering a new breed of companies to make financial services practically free for everybody.

Also, blockchain technology can provide more transparency in government public spending, especially in corruption-prone developing economies. Increased oversight on how governments spend money will ensure accountability because there’s immutable proof of spending. The ability to hold the government accountable will, in turn, increase the chances that government spending will be directed towards projects that benefit the citizenry instead of being embezzled by corrupt officials.

Owning property, especially land, is one of the key indications that determines a person’s climbing up the social ladder. Unfortunately, the developing world where the odds of escaping poverty is linked to property ownership has the poorest systems for keeping and verifying land registry records.

It is not uncommon for the rich or influential members of society to forcefully take over other peoples’ land without any compensation. Beyond influential land-grabbing, wars and natural disasters could make it hard to know who owns what land even after peace returns—as was the case in Haiti after the 2010 earthquake.

Smart contracts will be programmed to scan land registry stored on a blockchain, verify the ownership of the land, validate the financial capability of the seller, initiate a payment debit to the buyer, confirm a payment credit to the seller, deduct relevant duties and taxes, and then transfer the title ownership to the buyer.

Over the last several decades, developmental economists have grappled with the thorny issues of delivering social impact at scale. For one, the lack of aid transparency makes it hard for donors, partner organizations, governments, analysts, citizens, and reporters to measure the true impact of aids. Aid data is not usually publicly available; hence, it is hard to track if donors are redeeming their pledges or just playing to the gallery.

When donors redeem their pledges, the lack of opacity makes it hard to know what aid is needed, where such aids are most needed, and how the aid is being disbursed. Lastly, the lack of accurate data about the impact of current aid initiatives at the Micro and Macro levels makes it hard to optimize the aids process for increased efficiency.

Blockchain technology can optimize international aid by facilitating the verification of transactions from donors through NGOs or government agencies to the final recipients. Blockchain could be the silver bullet for reducing the risk of theft and fraud.