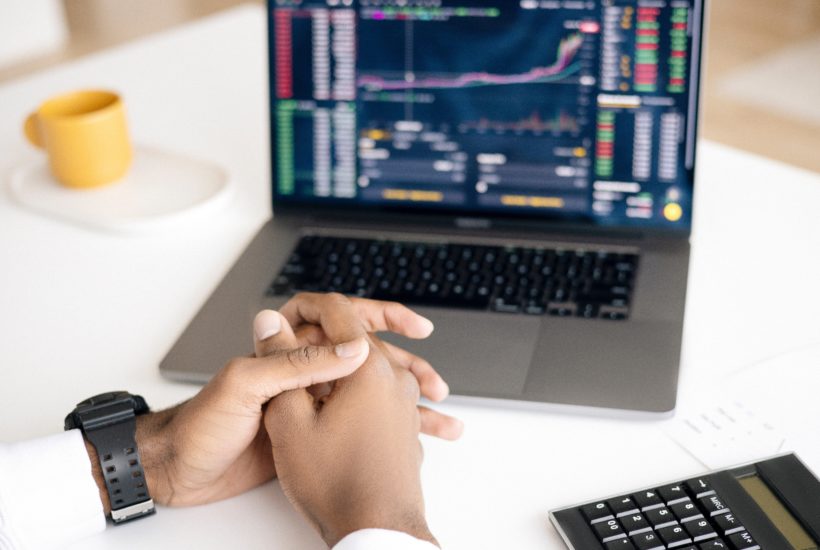 The global sovereign bond market is fracturing, and its ramifications for asset prices cannot be overstated. Borrowing costs around this debt-disabled world are now surging. The long-awaited reality check for those that believed they could borrow and print with impunity has arrived. From the U.S. to Europe and across Asia, February witnessed the biggest surge in borrowing costs in years.

Thursday, February 25, 2021, was the worst 7-year Note Treasury auction in history. According to Reuters, the auction for $62 billion of 7-year notes by the U.S. Treasury witnessed demand that was the weakest ever, with a bid-to-cover ratio of 2.04, the lowest on record. Yields on the Benchmark Treasury yield surged by 26 bps at the high—to reach a year high of 1.61% intra-day–before settling at 1.53% at the close of trading.

What does the head of the Fed have to say about the move? Jerome Powell believes the volatility in bond yields is a healthy sign for the economy. Yet, out of the other side of his mouth is warning that nearly 30% of corporate bonds are now in “trouble.” The Federal Reserve and other bank regulators are warning that businesses impaired by Covid-19 are sitting on $1 trillion of debt and a high percentage of it is at risk of default—exactly 29.2% of lending was troubled in 2020, up from 13.5% in 2019, according to a report recently released by the Fed.

The average interest rate on U.S. Public Debt back in 2001 was 7%. Today, thanks to massive and unprecedented central bank intervention, it has plummeted to about 2%. Precisely because of the Fed’s manipulation of bond prices, the interest expense on that $27 trillion National debt was just $522 billion in 2020. If interest rates were to return to the normal level of 7%, the interest expense would soar to $1.9 trillion per year!

So, what pushed rates to record lows in the first place, and what conditions are necessary to keep them from surging much higher from here? There are three reasons for record-low bond yields. Number one: The Fed has been engaging in Q.E. at the record pace of $120 billion per month. It is in the process of purchasing $80 billion of Treasuries and $40 billion 0f M.B.S., which amounts to massive manipulation of bond prices. The second: The U.S. has experienced anemic G.D.P. growth. According to the B.E.A., real G.D.P. decreased 3.5 percent (from the 2019 annual level to the 2020 annual level), compared with an increase of 2.2 percent in 2019. Lower levels of growth push the flow of money towards fixed-income investments. And thirdly, inflation must be quiescent, for it is the bane of the bond market. The B.L.S. indicates that year-over-year C.P.I. increased by just 1.3% at the end of last year, which is well below where the Fed would like inflation to be. If either one of these conditions changes, rates will spike along with interest payments on the debt.

The problem, as far as the future direction of interest rates is concerned, is that all three conditions are now heading the other way. The rates of C.P.I. and G.D.P. growth are about to surge on an annual basis in the next few months due to last year’s virus-related base effects. Adding to this upward pressure on rates, the Biden administration could soon sign into law the $1.9 trillion COVID Relief Package. If approved by the Senate, the bill will include $400 in enhanced unemployment checks as well as $1,400 stimulus checks for most families. And, an expansion of the child tax credit to give families up to $3,600 per child. This huge amount of new debt issuance will once again be all monetized by the Fed.

Adding further fuel to the surging growth and inflation dynamic is the continued roll-out of the vaccines, along with the warmer spring weather, which should serve to steepen the downward trend in Wuhan-related hospitalizations and deaths that is already in place. This will lead to a reopening of the economy and cause a surge in Leisure and Hospitality sector hiring.

These factors should also cause Wall Street’s bond vigilantes to become dreadfully afraid of the inevitable tapering of the Jerome Powell’s asset purchase program. After all, the Fed is comprised mostly of Phillips Curve devotees; and the surging Non-farm Payroll reports coming in the late spring and early summer should awaken them from their slumber. The end of central bank rate manipulation should cause the average interest rate on debt service payments to spike higher. If the Fed were to be forced to abruptly end Q.E. and raise rates, that spike could–at least temporarily–rise towards that average rate of 7% seen in 2001.

Just how damaging could that be for this overleveraged economy? Our national debt now stands at $28 trillion, and last year’s annual deficit was a daunting $3.1 trillion.  But now, President Biden’s $1.9 trillion COVID Relief package is just the start of 2021 spending plans. D.C. will then quickly turn to another multi-trillion-dollar infrastructure deal before the ink on this latest round of stimulus checks is dry. Alas, the C.B.O. already predicts the deficit for fiscal 2021 to be $2.3 trillion. Sadly, this is before, and such new government “stimulus” plans become law. It is inconceivable that the market for our government debt could function normally if our annual deficit climbs towards 35-40% of G.D.P. This will be especially true if the Fed is forced to fight inflation instead of continuing to supply its massive and price-insensitive bid for Treasuries.

Of course, we are only talking about government debt here. Spiking rates on the record amount of corporate debt, along with the real estate and equity market bubbles, will be absolutely devastating.

This brings us to one Annie Lowrey, staff writer for The Atlantic and author of the book “Give People Money.” I mention her because she is a torch carrier for the Modern Monetary Theory movement and is an apologist for Universal Basic Income. Regrettably, this is now something our government is fully embracing. Her claim is that the government can send people checks with impunity because inflation has not been a problem for a generation, and so most have no memory of it. Really? Just because most have no memory of inflation doesn’t mean it can’t exist. Hence, she concludes we should not be worrying about a problem that we simply do not have. Well, to that, I say the Titanic didn’t have a problem with ice burgs for a while either.

Ms. Lowrey must not know about surging home prices that are once again pricing out first-time home buyers. She is also blind to skyrocketing stock values that are at all-time high valuations and bond prices which have reached the thermosphere. Indeed, asset price inflation has become intractable. And now, consumer price inflation is about to follow. This is precisely because MMT and U.B.I. are becoming entrenched in the economy and putting money directly in the hands of those same consumers; but without a commensurate rise in the productive capacity of the economy.

What this all means for the markets and the economy is clear: we will be experiencing chaotic swings between inflation and deflation with increasing intensity over time.

The bond market is already starting to crack, and the numbers hit on the Richter scale are rising. For those looking to offset equity risk by holding bonds…well, you are in for a shock. That 60/40 portfolio strategy may have worked fairly well for the past forty years. But fixed income will not act as a ballast for your investments when both equities and bonds are in a bubble and headed for a crash. In contrast, it is a recipe for disaster. Active management to navigate these inflation booms and deflationary busts is now mandatory.