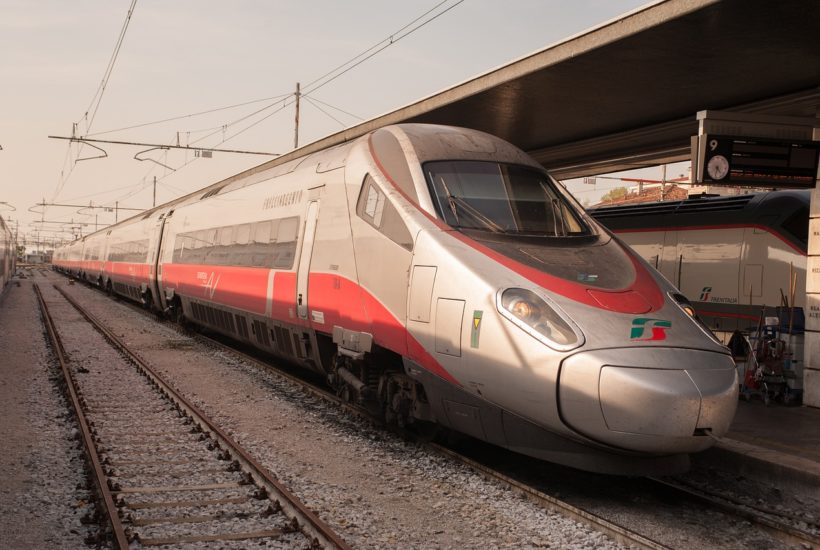 CAF (Construcciones y Auxiliar de Ferrocarriles) and Iberdrola have formed an alliance to promote the use of green hydrogen in the railway sector and passenger transport. The agreement has been formalized by Iosu Ibarbia, CAF’s Technology Director, and Millán García-Tola, Green Hydrogen Director of the electric company.

This alliance stems from the conviction of both companies to offer comprehensive sustainable mobility solutions, ranging from the supply of rolling stock and refueling infrastructure, to green hydrogen production plants and renewable energy infrastructures.

Currently, there are railway lines with difficult to electrify stretches where fossil-fuel-powered trains are used. The objective of this alliance is to promote integrated solutions that allow the replacement of these trains without the need to install a catenary or make major modifications.

They also want to develop the renewable hydrogen value chain with the highest standards of safety, technology, and competitiveness in environments such as the railway sector and passenger transport, helping to drive local companies to develop the technology and production capacity to drive the transformation of the sector in Spain and compete in the international market.

Read more about the new green hydrogen train manufactured in Spain and find the most important business headlines of the day with our companion app Born2Invest.

Testing of the new train in April

Tests of the new train developed by CAF at its Zaragoza plant are scheduled to begin in April of this year as part of the FCH2RAIL project, which will be powered by green hydrogen supplied by Iberdrola from the latter’s plant in Barcelona.

This project, led by CAF, is already at an advanced stage of the design and manufacture of a hydrogen train prototype that, based on a Renfe Civia series commuter train, will install a new electric generation system based on the hybridization of energy from hydrogen cells and batteries, integrating in turn with the traction system already existing in the vehicle, and thus constituting one of the first railway demonstrators of two-mode vehicle with hydrogen cell.

Iberdrola has two green hydrogen production plants in operation. The supply of green hydrogen for this demonstration project will be made from Iberdrola’s new plant in Barcelona, which came into operation in early 2022.

This hydrogen plant is located in the Zona Franca of Barcelona, near the city’s airport, and supplies green hydrogen to TMB buses since January 2022, being the first commercial and renewable hydrogen plant in Spain.

(Featured image by AntDavey via Pixabay)