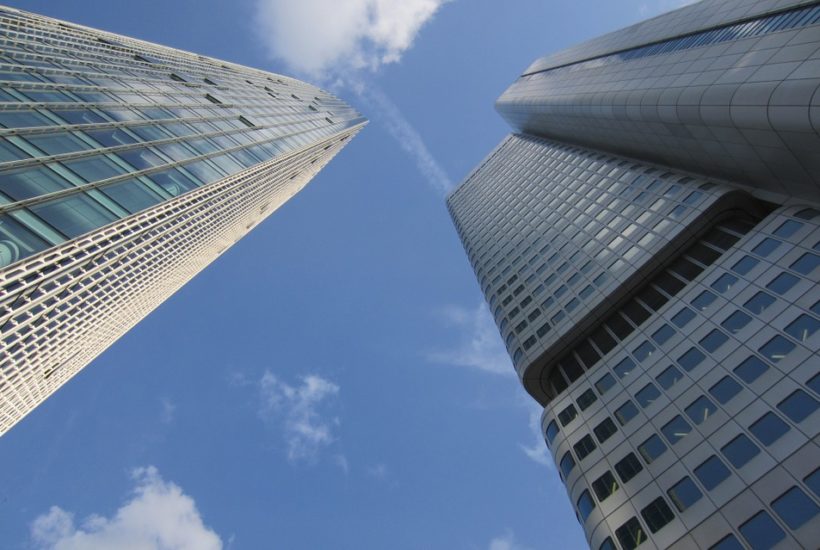 We are now witnessing the death throes of the free market. The massive and record-breaking global debt overhang, which is now $250 trillion (330 percent of GDP), demands a deflationary deleveraging depression to occur; as a wave of defaults eliminates much of that untenable debt overhang. The vestiges of the free market are trying to accomplish this task, which is both healthy and necessary in the long term—no matter how destructive it may seem during the process. Just like a forest fire is sometimes necessary to clear away the dead brush in order to promote viable new growth.

However, the “firemen” of today (central banks) are no longer in the business of containing wildfires, but instead proactively flooding the forest with a deluge of water to the point of destroying all life.

In point of fact, the free market is no longer being allowed to function. Communism has destroyed capitalism, as the vital savings and investment dynamic has been obliterated. Central banks have decided that savers deserve no return on their so-called risk-free investments and have hence forced into existence humongous bubbles in junk bonds and equity markets worldwide. They have destroyed the savings and investment dynamic and turned time backward.

This explains why market volatility has spiked. Markets want and need to correct the absurd valuations found in fixed income and risk assets, but governments constantly step in to try and reverse these gravitational forces. The result is wild swings in global markets that have neither completely crashed nor meaningfully advanced in the past 20 months. For example, the S&P 500 is virtually unchanged during this timeframe yet has experienced a few sharp selloffs and a 20% correction in between.

Every time market forces begin to take over, some government announces a fiscal stimulus package and/or a particular central bank announces a proposal to print yet more money. Nevertheless, we are quickly approaching the point where insolvent governments can no longer stimulate growth by adding to their pile of debt, and central banks are approaching the limit on their ability to reduce debt service costs and how much new credit they can create without destroying the confidence in fiat currencies. Thus, busting through their asinine 2% inflation target.

Measuring the steps that governments and central banks are willing to take and the effectiveness of such stimuli will be the key to understanding the inflation/deflation and growth dynamic that is essential to making money.

So how is the US economy doing now? Despite a relatively strong retail sales report for July and low unemployment claims, the general trend of the US economy is towards slowing. The all-important Aggregate Hours Worked index is a measurement of the total number of workers times the average hours in a workweek. Despite the 2,162,000 of net new jobs created for all private-sector employees from 7/2018-7/2019, the Index for aggregate weekly hours was unchanged at 111.9 during that period.

This is because the average workweek for July 2018 was 34.5 hours; that figure has dropped to 34.3 for July 2019. Not coincidentally, there are now a record number of individuals that are holding more than one job. Not only this, but the 3-month rolling average for net new jobs created in July of last year was 237k; it plunged to 139k net new jobs created for the three-month average ending July 2019.

The Treasury Department said federal spending in July was $371 billion, up 23 percent from the same month in 2018. The fiscal-year-to-date deficit was $867 billion, compared with $684 billion last year at this time—with two months still left in fiscal 2019. Servicing costs for this current fiscal year’s National Debt are almost a half-trillion dollars ($497 billion through July) —and will be higher than 2018′s record $523 billion once this fiscal year ends in October. This calls attention to President Trump’s Twitter feed. He posted this doozy on August 8th, “As your president, one would think I would be thrilled with our very strong dollar. I am not!” Trump wants a weaker dollar, and the Fed wants more inflation. Once achieved, those record borrowing costs will explode higher.

The NY fed announced that consumer debt is now $1.5 trillion higher than 2008. Total Consumer Debt is at a record $13.9 trillion.

The disease of ZIRP, insolvency, and asset bubbles has infected the entire globe. Something is indeed rotten in the state of Denmark, and it is their mortgage market. Denmark is now offering mortgages with negative interest rates. Borrowers can now end up paying back less of the principal they paid on the home. They pay no interest and get paid to borrow.

Yet still, stock market carnival barkers claim they can find no market distortions or signs of excess leverage anywhere in the system. Well, why not start with the fact that the major global central banks alone have printed $22 trillion since 2008. They have created the biggest bubble in the history of planet earth known as the sovereign debt bubble. This has distorted asset prices across the board and set the table for the obliteration of the global economy upon its bursting. Such bubbles have become so large and precarious that governments are in a panic to create a perpetual state of ever-rising inflation to keep them from crashing.

But eventually, these bubbles always burst because bubbles by nature are never static. They are massively unstable and must either grow or explode. There isn’t a better reason for bond prices to collapse other than inflation. And the inflation “success” of central banks would be a great catalyst. The fact the fed wants more inflation, yet already has achieved a 2.2 percent y/y core CPI reading in July, is unnerving, to say the least. Once inflation begins to run hot–and that $22 trillion of new dry tinder catches fire–bond yields will start to soar. At that point, there is nothing central banks can do. If they were to stop printing money the only bid for negative-yielding debt gets removed and bond yields will spike in an unprecedently destructive manner. Alternatively, they can keep on printing and watch hyperinflation obliterate the economy. That is the unavoidable outcome of creating a 633 percent increase in the supply of base money since 2008.

SEE ALSO  Inside airlines and their flight rules

The other scenario is if the US economy joins the rest of the world and slips into a recession. This would cause the spread between Treasuries and Junk bonds to surge; cutting off the supply of new credit for most companies rated BBB or less. By the way, there is over $1 trillion worth of corporate debt that now has a negative yield.

Whether it is recession or inflation or both, the salient point is that bond yields are not destined to just slowly drift a few basis points higher in an innocuous fashion. Yields have become so enormously distorted that an explosion higher is virtually assured to occur. After all, if you own a sovereign or corporate bond with a negative yield and your central bank is forced to pull the plug on its bid prices will collapse with lightning speed. Likewise, junk bond prices in the US will crater the moment it becomes clear that zombie companies will soon be going belly-up. High-yield debt would then spike from the record low 5-8 percent range to the 14-22 percent range; just as it did in the past two recessions. That is, at least until the Fed decides it is necessary to start directly purchasing Junk bonds.

Indeed, what central bankers have created is sort of a time machine. They have reversed the clock when it comes to the time value of money. The cost of money should normally increase alongside the solvency and inflation risks as we go through time. However, the growing mountain of negative-yielding debt has flipped time upside down; where savers lose more money as time passes. In other words, they can consume 100 percent of their savings today; or instead, choose to defer that instant gratification and be assured to lose a portion of that ability tomorrow.

In closing, you know Wall Street loves to say that gold is a bad investment because it doesn’t have a yield and it cost you money to store it. Well, you know what else doesn’t have a yield and costs you money to store it: Sovereign debt—27 percent of the developed world’s total global supply now has a negative yield. And that trillion-dollar pile of negative-yielding corporate debt is surging by the day.

This is why the buy and hold strategy of investing has become so dangerous and deadly for your financial wellbeing. Investors must have an active strategy that adapts to both deflationary collapses and stagflation cycles in markets.