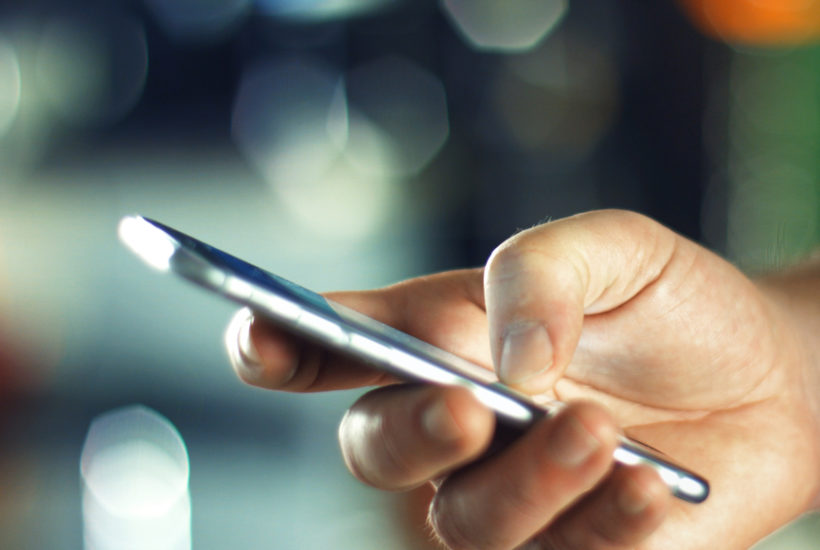 The top three Chinese E-Commerce giants Alibaba (BABA), JD.com (JD), and PingDuoDuo (PDD) have been investor proxies of how the trade war with China is going to impact the Chinese economy. When trade negotiations stall, the stocks fall in tandem, and, when it looks like there is headway, they all go up. Later this fall these e-commerce giants could experience a reprieve from the trade tensions when China launches 5G. This could be a potential boon for the e-commerce giants, but what is so interesting is that only one company has the license and capability to onboard users into this ecosystem. The one company with a platform agnostic top up platform is FingerMotion (FNGR), and all 3 e-commerce giants will need a relationship with FingerMotion if they want to compete in this arena.

The complete irony regarding investor’s reactions to trade war headlines is that only BABA has earnings. The other two e-commerce giants have valuations based on how fast their Chinese user bases are growing. The point is that trade war might impact the amount of money Chinese have to spend on their respective platforms, but it won’t affect Chinese domestic user growth, which is based on demographics.

To thoroughly understand the dynamics in China, a deep dive behind what is driving user growth and ultimately valuations will be discussed in this article. In a nutshell, it boils down to frictionless payment. What that means is the easier it is for consumers to purchase goods and services, the more loyal they are to the e-commerce platform.

Just 5 years ago paying for things via phone in China was just a fad but now over 78 percent of smartphone users have made at least one mobile payment which represents 45.2 percent of the entire population of China. The top payment mechanisms in China are Ali Pay (BABA) and WeChat Pay (TCEHY – Tencent). Wide spread adoption of these primary payment platforms and QR codes by merchants have led to a swelling of usage now that the rate of adoption has plateaued. China has a low credit card penetration rate and it has essentially been a cash economy that is not tied to banks or credit cards. Consumers leaped frogged over credit cards and moved to digital payments. In the USA, consumers still rely on banks.

Even though mobile payments like ApplyPay, UberPay, and Venmo have gained popularity, US consumers are still ultimately tied to the banking system where the banks all get a sliver of every transaction. The equivalent metric in the USA is known as proximity mobile payment users, and this group comprised 55 million smartphone users representing 25.3 percent of the group in 2018. The payment activity usage is 3 times higher in China because consumers want to do everything on one platform which means they want to chat, shop, send money, and make purchases in physical stores all with their mobile devices.

In China, the banks never got a cut of the consumer business. Chinese consumers have demonstrated that they can cheaply and easily do business without getting the banks involved. This digital payment void in the market was quickly captured between 2015 thru 2017 where the market saw unprecedented growth. First to the scene was Bitcoin in 2015 at $400 per coin.

In 2017, Bitcoin started the year at about $1000 and ended the year at about $14,000 per coin largely driven by Chinese demand. That is,  until the Chinese government ordered many of the nation’s Bitcoin exchanges to shut down to prevent the exodus of cash leaving the Chinese borders. Bitcoin had a shot at being a fintech solution but its tremendous volatility turned it into a store of wealth instead of a truly stable currency and it was never widely adopted and used as a means of purchasing goods and services.

During this time frame e-commerce sites exploded their user bases. Consumers without any traditional banking were looking for a frictionless and ubiquitous payment mechanism replacing the clunky credit card processors and POS terminal infrastructure in the USA. The growth has come at a cost because although China has experienced rapid growth in fintech applications it is quite vulnerable in cybersecurity and fraud. The consequence of the tremendous growth spurt gave created the perfect breeding ground for the rise and formation of FingerMotion which indirectly created a solution for the cybersecurity and fraud issues plaguing the industry.

It’s apparent that many Chinese citizens use e-commerce portals. Almost all Chinese smart phones need their phones to be precharged with minutes or data. This is called the “top-up” business in China, and it’s estimated to be $25 billion/month. There are just a handful of licensed top-up providers to the top government owned telecoms, China Mobile and China Unicom. In recent months, that number has shrunk as the government has been on a quest to root out bad actors. The tiniest of the top up wholesalers is FingerMotion, which has the top 3 e-commerce portals squarely in their sites. FingerMotion Inc. (FNGR) has a cooperation agreement in place with PDD. It’s just a matter of time before the other e-commerce portals announce agreements with FNGR.

The FingerMotion business model is dependent upon the top-up business. The basic necessities of life are food, water, clothing, and shelter, but in China, you could almost add data to the list. The use of data is pervasive in Chinese culture. This represents a growing market for FingerMotion with no end in sight. As one of 3 licensed top-up providers to the telecom carriers, they hold a very valuable license. What makes it even more valuable is that the other licensees don’t have a platform for 5G, and they have not developed a platform for users to use their platform.

SEE ALSO  Toasting to financial success: Which poison is right for your portfolio?

FingerMotion’s platform integrates with almost all e-commerce platforms. In addition to PDD, they have 30 smaller e-commerce platforms on-boarded. The next steps are BABA, TNTCQ, and JD. Investors should expect to see news on these soon. This news has been telegraphed, but it has not officially hit the tape. Eventually it will hit, and that is when the floodgates will open for institutional ownership of the stock.

Making trading decisions based on trade war tweets might be profitable in the short run, but, if you are a long term investor, then the fundamentals count. It’s a contradiction to say fundamentals are driving outcomes in Chinese e-commerce because there aren’t any earnings yet, except for BABA.

The primary metric for the basis of the valuations surrounding these e-commerce platforms is user growth. The fastest growing is PDD followed by JD because BABA has the dominant position. The safest way to hedge your bet in Chinese e-commerce is pick-up a position in FNGR because, no matter who wins the war for users, the e-commerce portals will ALL use FNGR for top-ups.

In addition, as 5G takes root, all top-up business has to transition through FNGR since they are the only ones that built the platform. It is conceivable that FNGR could win at least 1/3rd of the top-up business in China, which works out to 6-8 Billion in Gross Transaction Volume (GTV) monthly. FNGR has a good chance of breaking the paradigm of money-losing e-commerce companies and actually post a profit this year with a huge database of consumers. The market valuation is only $150 million and with projected profitability and NASDAQ listing by year end, this seems like an ideal long term hold. The multiples in the e-commerce space are about 1X Gross transaction volume. Based on $900 million in GTV in 2019 the stock’s 12 – 18-month price target is $25 – $30/share.

Mike is a US Air Force Academy graduate and pilot. He has a Bachelor’s of Science in Economics and flew KC-135 tankers and worked as a budget officer in the comptroller’s squadron. He worked for Dean Witter and National Securities as a broker and eventually research analyst. After the brokerage industry, he was a business development officer for a variety of specialty finance companies that did factoring and purchase order financing. He is currently a consultant in an Investor Relations firm and works as a contract CFO for various public companies. Mike is a blog commenter and author at Seeking Alpha and Streetwise Reports.