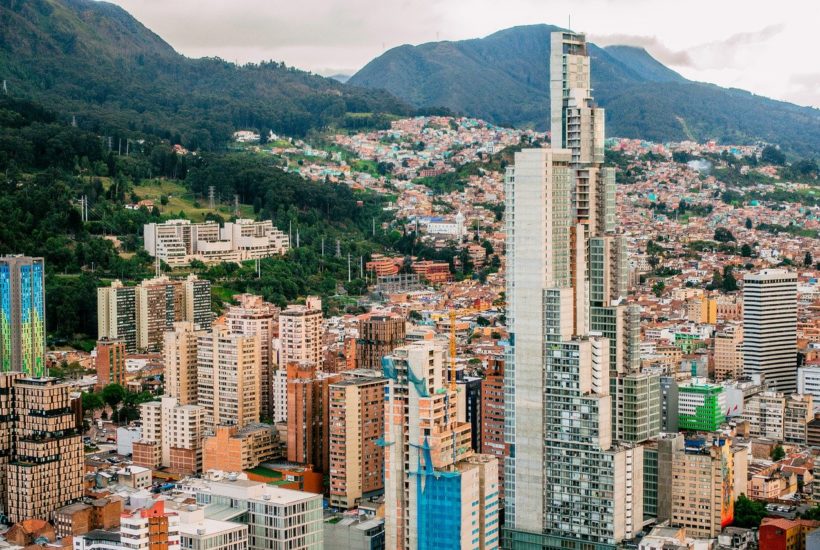 The vote ended with a result of eleven votes in favor of the initiative and three against it. In this way, the First Commission of the High Chamber gives the approval to the law project “by means of which a framework of regulation and control of cannabis is established for adult use, with the purpose of protecting the Colombian population of the risks of public health and security.”

“This project takes the pulse of history. This is not a temporary project. Now is the time for Colombia to break the backbone of the drug trafficking curse that has destroyed everything. I am also glad that it has the stamp of LSD thinking. The Social Democrats are convinced that Colombia will change its history if we manage to eradicate drug trafficking from its roots,” said Senator Roy Barreras, one of the authors of the initiative.

Read more about the legalization of cannabis in Colombia and find the most important cannabis news with the Hemp.im mobile app.

The legalization of cannabis could put an end to drug trafficking

On the other hand, another one of the authors of the initiative, the Senator of Colombia Humana, Gustavo Bolivar, said that “if the Government would allow the legalization of cannabis, I assure you that in five years we would be regulating cocaine and we would be ending with the business that has been transversal to all our violence of the last 30 or 40 years.”

The senator in charge of being the speaker of the project, the Liberal Luis Fernando Velasco, said that “we do not come to propose to people to smoke marijuana, but that this problem is regulated by the State and we face it in a different way, we know who has it and if someone is getting the problem out of their hands, we attend to it”.

The promoters of the bill argued that there was no absolute prohibition in the country on the recreational use of substances, specifically cannabis. That is why this debate can be carried out through the discussion of a bill.

Defense of the senators who are against the bill

Also, the voice was heard against those who do not support the bill, such as the “Uribistas” of the Democratic Center. They argued about the negative effects that accompany drug addiction on citizens and their families.

“Addiction destroys human beings, addiction destroys families, it destroys societies, because what we see of people who use drugs is that they destroy their lives, they are people who cannot work normally, who cannot study, who do not produce and who all the time are in function of consuming, who destroy their close core and therefore affect society,” said Senator Santiago Valencia.

Four approvals are needed from the Colombian Senate for this bill to become a reality. But it seems, and seeing the result of the vote, that this will not be a pick and choose. Unlike the eight approvals needed by parliament, the Senate would need half and so far has only one.

The House had an earlier and uneven vote

At the beginning of last month, the House sought approval for the project that would seek to legalize the adult and industrial use of cannabis in Colombia. However, the result was not the desired one, since the majority of 102 votes were against, and only 52 in favor. Parliamentarians like Juan Fernando Reyes and who had emphasized in the heat of debate that the cannabis industry could reach billions of pesos of income for the country was not sufficient for the support of most of the congressmen.

“A study by Fedesarrollo said that if the industry is consolidated and 470 hectares are planted, it could generate 7,700 jobs for the country and we could become the world’s leading producer.

Colombia seeks to be an industrial power with cannabis and not only in Latin America, but at world-wide level. The bases for a strong industry with a plant deeply rooted in the country are being put. Several ex-presidents are pleading for legislation that regulates everything related to cannabis, and as soon as possible.

SEE ALSO  9 easy and fun ways to reward your employees

In addition, it is known that the cannabis industry related to adult use is a great economic source for the interests of the state. Also, it would create a large number of jobs. In addition, there is another very important point in favor of legalization, and that is, without a doubt, the economic decline of the illegal market.