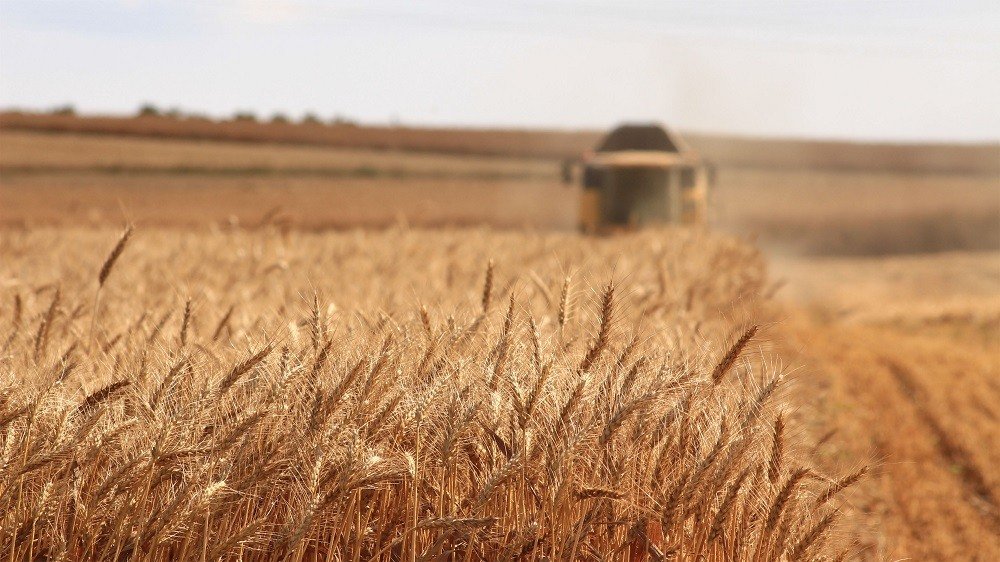 The Easter Holiday is now in the mirror and joining the USDA’s Quarterly Stocks, Prospective Planting and April WASDE report. Yet, here we are; December corn trading just slightly over 390; right on par with this time last year and November soybeans hanging around the 950/960 region compared to 960/970 this time last year. Both trading near the same place we saw this time last year. However, last year we were already 1-3 weeks into the springtime rally. Still waiting this time around.

With Easter now in the past traders, and producers alike are set to shift full attention to this year’s crop. The planters are rolling all across the country and the USDA’s weekly Crop Progress has become a point of focus as is the domestic weather. Struggling with a slower start to planting, corn was seen at 3% complete last week Monday compared to the five-year national average of 3%; however, Texas is the only state to be ahead of their respective five-year average. As crop progress is set to be released at 2 pm today, the market will be looking to see how much or how little actually got done.

The average trade is expecting corn planting progress to be near 6-8% complete. Comparing the similar time of year to past years, the crop progress reports released between April 14th – April 20th has shown a progress of 13% last year, 9% in 2015, 3% in 2014, 2% in 2015 and 17% in 2012. Definitely not a shotgun start that we saw last year and in 2012 but mostly on par with 2015 pace which ended with a national average yield of 168.4 bushels per acre. While some are already pointing towards planting delays and the very real threat of pollination during the summer heat months of July and August; I believe it is still too early to be getting concerned about delays impacting yield but planted acreage could be up for revision if the pace doesn’t pick up soon.

The Easter weekend was a wet one for many producers through the Wheat and Corn Belt states as some, such as Missouri, has quickly gone from a severe threat of drought to too wet in some places in just a few weeks and more rain is forecasted to arrive later this week leaving producers little to no time to get anything accomplished and reach the USDA planting estimate of 89.996 million acres of corn. Looking over the past few years, the USDA has overestimated planted corn acreage in 2013, 2014 and 2015 by 1.917 million in 2013, 1.094 million in 2014 and 1.180 million in 2015 while the years of 2012 and 2016 (both years ahead of their respective planting pace) were underestimated by 1.427 million and 0.403 million; respectively.

Then moving to the northern states, rain has been plentiful and likely to pose a challenge for planting some small grains such as hard red spring wheat. The USDA currently has “Other Spring Wheat” planting estimated at 11.308 million acres, down only 302 thousand nationally from last year. While some argue that North Dakota alone will be giving up more than that! Plus these northern states have had recent success at growing soybeans which has a favorable crop insurance price compared to the dismal Minneapolis wheat market.

With an already burdensome 2.320 billion bushel beginning inventory to start the 2017/18 marketing year, corn obviously doesn’t need any extra production. However, even near trend line yield of 171.0 bushels per acre and 225 million less on demand, the corn market is still looking at a falling inventories situation. Not by much, but it is at least in the right direction for better markets. Now, what were to happen if we continue this slow planting pace? In 2013, 14, 15; the three recent years to be slow to plant, had the USDA overestimating planted acreage by an average of 1.5%. Cutting that amount from this year’s estimate, we could be talking planted corn acreage closer to 88.646 million vs the current 89.996. Still holding onto trend line yield, this could result in ending stocks coming down by nearly 350 million bushels and finally breaking below the daunting 2 billion mark.

As pointed out earlier, slow planting progress now doesn’t necessarily point to lower yields that will be dependent on weather this summer. What a slow planting progress now does do is it opens the door for a large portion of the Corn Belt to be in the reproductive stages during the extreme heat of the summer. What happens if we lose acres and yield too? Working with planted acreage of 88.646 and still a good yield of 167.0 bushels per acre, ending stocks are looking to be near 1.800 billion bushels while a 163 national average yield has ending stocks near 1.300 billion bushels. Definitely, something for the market to take note of!

Sounds bullish, right? Tell that to the market as December corn is trading down 4’2 at the time of this writing. Well, for a few good reasons the market has been very cautious and slow to add in any weather premium. Looking back to last year and the “drought of the century” that never was, managed money fell into that “bull trap” right along with many others out there. The weather guys were screaming drought with data to back up their thoughts and any price optimism was gladly accepted given such poor prices over the last few years. Unfortunately, emotion was the worst enemy for most market participants. The fear would keep going higher, the hopes that it would and the optimism delivered by the weather guys all lead up to many people getting burned and burned badly.

This time around, managed money clearly remembers the drought that never was and has been very reluctant to add in any weather premium. Without anybody screaming drought, the market simply doesn’t have much to fear at this time. Given once more time passes, critical aspects such as how much was planted and will it rain or ever stop raining will begin to gain traction and offer a reason to be optimistic corn prices. It just may require patience and a quick finger on the trigger once those marketing opportunities arrive which may be very short-lived opportunities.

Soybeans likely won’t offer much market support without a weather situation. If corn gives up some 1.3 million acres and spring wheat gives up 500 thousand acres; these acres are likely going to be in soybeans. With the USDA currently estimated at 89.482 million acres, adding lost corn and wheat acres in; ending stocks could be near 725 million bushels with a 48.0 national average yield. Well above the current record of 574 million bushels.

Year in and year out, the market often gives at least one chance to make profitable sales for the year. Last year corn got one chance and one chance only as prices quickly retreated back below 4 dollars. With the supply outlook appearing to improve for corn, it is getting much worse for soybeans both domestically and globally. Another average to above average crop could be devastating for prices. Are you prepared to pull the trigger? Did you struggle with emotion last year and miss out on what could have been your best sale? Do you have a marketing plan in place and ready to be executed? Emotion will be more of your enemy than any market action.