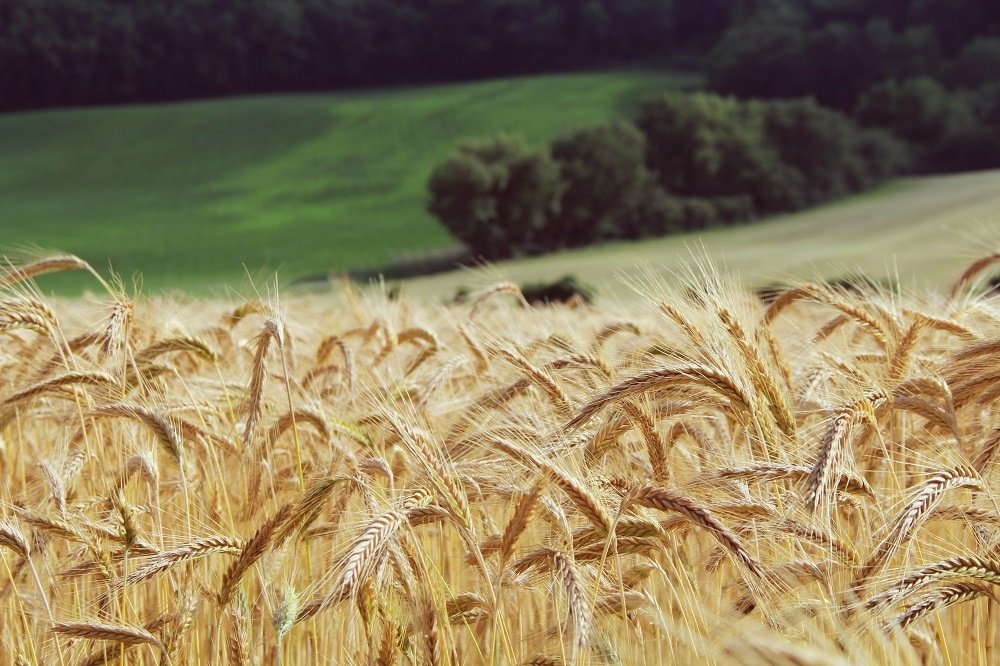 What is new in the commodity sector? It is noticed a change in prices in the corn and soybeans market, and the demand for ethanol is high and may get higher with the expected RFS’s changes.

On a near daily basis lately, more and more producers are voicing concern and asking, “Did the corn market already see the high for the year?” With good reason, this is a good question to be asking and to be concerned about. Sub-350 future prices weren’t that long ago, only a few months and only a few dimes too, but those few dimes might be the difference between profit and loss. Margins are squeezed and the emotion of getting caught by the market once again is still strong following last year’s complete and utter collapse in mid-June.

On February 28th, 2017, December 2017 futures reached a high of 404’0 on news of potential changes in the Renewable Fuels Standard. Quickly being debunked by the White House later that afternoon, prices retreated from their high and have since drifted nearly 10 cents lower. Not a significant pull back, but enough to stoke fear into some producers. However, more concerning has been soybeans. While still trading above 10 dollars, a comfortable and profitable price for many is showing signs of weakness. The resiliency of this market has been impressive but bearish fundamentals could begin to weigh heavy on this market as South American’s record crop and rapid harvest pace is getting grain to the ports quickly now that earlier logistical issues have been resolved. If renewed selling pressure enters the soybean complex, corn could have a battle on its hands as it too faces bearish fundamentals.

Leading into #plant17, as it is known in Ag Twitter, there is a strong debate around planting intentions. The USDA is set to release their Prospective Planting report on March 31st but until then the debate shall rage on. The USDA Outlook Forum pegged corn acreage at 90.0 million and soybean acreage at 88 million compared to 94.0 and 83.4; respectively, last year. A significant drop in corn acres has gained the attention of managed money which has gone from an estimated net short position of 86,100 on December 24th to today’s estimate of net long 65,000 and a net long position of 85,000 when December reached its current high.

If the recent trend continues with managed money trimming soybeans and adding to corn, the market spreads could quickly begin to narrow back to “more normal” and result in greater corn acreage. I already feel it is very unlikely we will see corn lose 4 million acres even with the current corn to soybean spread, any re-addition to acres is for the bears as we are still near an estimated 2.3 billion bushel ending stock.

Domestically, the USDA Outlook Forum pegged 2017/18 ending stocks to be near 2.215 billion bushels based on lower acreage, lower yield but also lower demand. Not an excessively bullish picture. Globally isn’t much better with 2016/17 global ending stocks currently estimated at near record 217.56 million metric tons (MMT). The potential remains for that number to grow as we look to South America. Tomorrow’s USDA World Agricultural Supply and Demand Estimate (WASDE) is expecting Argentina’s production remaining mostly unchanged however Brazilian production is expected to rise to near 87.8 MMT versus the February estimate of 86.5 MMT or roughly 47.2 million bushels. However, the bigger cause for concern is while estimates are seen growing marginally this time around, Brazil and Argentina’s combined production is currently at 123 MMT for 16/17; up from 96 MMT estimated production in 15/16 or roughly 1 billion bushels more.

That all being said, we have been well aware of the massive inventories domestically and globally for some time now and the market may be desensitized to additional bearish influences. The big production season is behind us and it is now time to look to what will be in 17/18 rather than what was in 16/17. Ethanol demand has been strong and may grow further with pending changes to the RFS. Another wild card will and always has been the weather. While the “drought drum” was beaten hard early last year, the same concerns remain for this year and the drought monitor is showing large portions of critical growing states experiencing drought conditions. The last few years of near perfect growing conditions and a series of record yields has ballooned ending stocks, but demand has done well to keep the stocks to use ratio, currently at 15.8%, below near 20% seen in the early 2000s and near 65% seen in the mid-1980s. A production hiccup or disaster could quickly bring stocks-use ratio much more in line with recent years.

There is a reason to be optimistic that corn has not yet seen the high for 2017 but that should be cautious optimism. Does your marketing plan include incremental sales above breakeven prices? If not, why? Concerned about missing out on an extended rally?