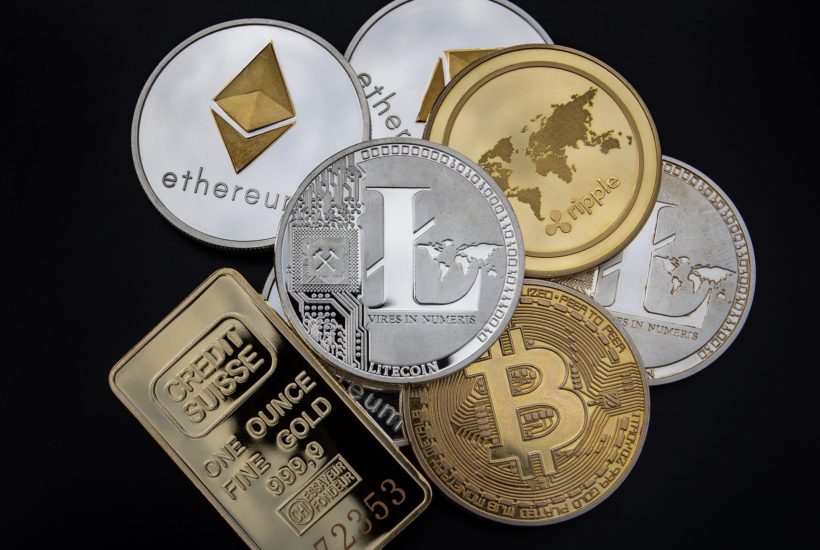 To combat the economic slowdown caused by the coronavirus pandemic, the United States is announcing an economic package of more than $2 trillion to inject liquidity and mitigate the impact on the economy.

Italy, one of the countries most affected by the pandemic, has approved an economic reactivation plan of $7.5 billion, and Brazil has already spent $170 billion on an anti-crisis package.

Read more about how the cryptocurrency market is gaining ground in the current situation with the Born2Invest mobile app. An in-house team of journalists brings you the most important economic news in the world and the latest happenings in the crypto sector.

China is a world leader in bitcoin mining

China, the first country to be affected by COVID-19, is already injecting $175 billion in order to reheat the country’s economy. To further halt the spread of the virus, China is using ultraviolet lights and high temperatures to disinfect its paper money. In this way, the money will only be redistributed for circulation after two weeks of quarantine.

Since paper money is suffering a reduction in circulation, it is necessary to create new alternatives to paper money, which can further increase the chances of mass adoption of Chinese encrypted currency: the digital yuan, a CDBC.

A world leader in bitcoin mining, China has one of the lowest energy rates in the world and hosts several of the world’s leading Bitcoin mining companies, such as Bitmain and Ebang.

Mining does not appear to be at risk of collapse during the pandemic, being based on decentralized technology, as the industry naturally does not have many “on-site” employment opportunities and therefore does not need much personal contact.

Cryptocurrencies have generated increasing interest from people during the coronavirus crisis

Regardless of the global meltdown in the investment market over the past month, based on their asset positioning de-correlated to political and economic crises, digital assets (cryptocurrencies) have generated greater interest from people during the OVID-19 crisis.

This exponential interest can be validated by increasing the volume of searches on sites such as Google and Baidu (the most popular search site in Asia), where terms such as “bitcoin” and “cryptocurrency” have recently reached search peaks.

Bitcoin performance in the last weeks

During the pandemic crisis, there was a drop of approximately 50% in the value of bitcoin, reaching its lowest level since March 2019 ($3,832).

According to the Chainalysis report, this momentary drop may be largely due to the sell-off of professional traders who performed about 70% of all bitcoin transactions during the days of the drop (transactions between ten and a thousand BTC during this period of sharp decline).

However, at the beginning of the month, only 5% of all bitcoin available for cryptocurrency exchanges was traded, representing a positive movement in the crypto market and a long-term positioning for most HODLers.

Consequently, in a matter of days, bitcoin resumed its appreciation, demonstrating that these digital assets are able to recover their value quickly.

In a few weeks, it reached a value of $7,302, even in a period of an unstable economy and where stock prices have been dropping dramatically daily.

In times of highly volatile world economy, the market has shown greater adoption of the bitcoin thesis as a decorrelated asset. Many countries are beginning to recognize virtual currencies as a legitimate form of money and investments in their jurisdictions:

United States: the Cryptocurrencies Act of 2020 proposes to identify the digital asset classes, their underlying technology, and the regulatory agencies for each category of virtual asset;

France: the Commercial Court of Nanterre, after a legal dispute, recognized bitcoin as an exchangeable fungible asset, making it a genuine form of money as well as cryptocurrency loans;

South Korea: the National Assembly of South Korea has become favorable to the ownership and trade of virtual currencies. This action promotes clearer legislation, legal security, as well as winning new investments;

Thus, in a hostile environment for fiduciary currency management in emerging markets and global economic instability, the virtual currency becomes a possibility to attract cross-border investments.

Due to the extreme fluidity of digital assets, some institutions have used bitcoin and other encrypted assets not only as an investment vehicle but also as a tool to help in the fight against COVID-19, as is being done by the following organizations and governments:

The Red Cross, in partnership with Helperbit, created a bitcoin fundraiser. With the amount raised, a medical post will be built for the screening of cases of COVID-19 in Italy. The surplus amount will be used to purchase protection materials for health professionals;

In the USA, the “digital dollar”, proposed by the U.S. Senate, would support families during the OVID-19 crisis. The digital currency would be automatically sent to citizens’ cell phones or email safely and efficiently. Because of the speed at which the digital dollar traded, fiscal and monetary policy would become more effective and transactions would be faster, contributing to economic acceleration – which did not occur in 2008, as government collaboration took three to nine weeks to reach taxpayers;

SEE ALSO  Your employees matter: Spoil them this Christmas

The Brazilian Exchange Bitcoin Market launched a campaign to collect donations of Bitcoins and help the Sergipe Surgery Hospital to fight COVID-19. The goal is to raise $70,500 (R$ 360,000) and deposits can be made in whole units or fractions of BTC directly in the public portfolio:

These changes and these upheavals in the financial and crypto markets, in addition to global economic stimuli, could lead to a new economy. However, in the medium to long term, the crypto market has achieved a return of 113% per year and annual volatility of 85% since 2016.

Even though bitcoin fell sharply in March 2020, it has become as safe as more traditional assets.

The new legislation has made the crypto sector legitimate, even establishing a relationship with traditional financial institutions, such as the NYSE, thus proving its recognition and being grounded and used in a time of global crisis.

Certainly, bitcoin and other cryptocurrencies will not be extinct by the COVID-19 pandemic and, possibly, will be acquiring high demand in the world during and after the coronavirus.

First published in MONEYTIMES, a third-party contributor translated and adapted the article from the original. In case of discrepancy, the original will prevail.