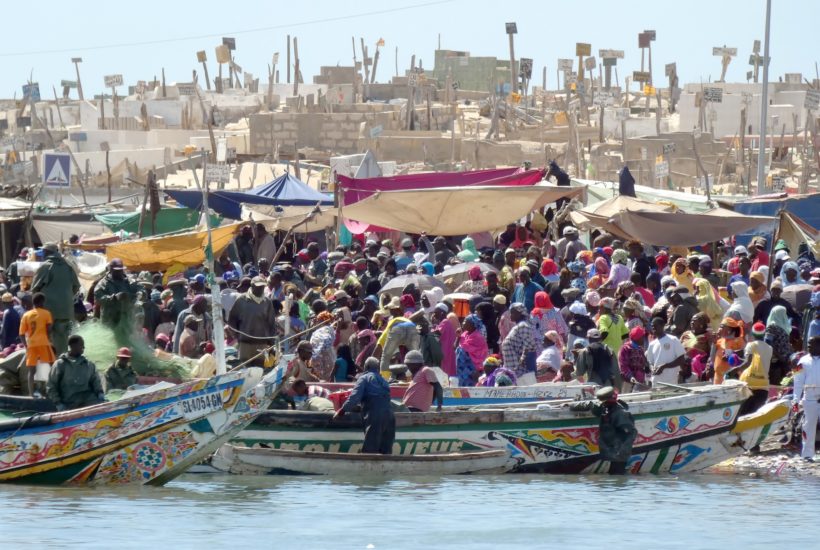 The dreaded economic catastrophe will indeed take place. According to the World Bank, the coronavirus pandemic could plunge Sub-Saharan Africa into recession in 2020. Te expected financial damage is something that has not been seen in 25 years. The violent shock is coming after years of sometimes record growth. “The world hasn’t seen anything like this since the Second World War,” Albert Zeufack, the institution’s chief economist for Africa, warned at a press briefing in Washington. “We’re going to have the worst global recession, which will also affect Africa.”

Figures and statistical data support the economic forecasts described in the report ‘Africa’s Pulse 2020: Assessing the Impact of COVID-19 and Policy Responses in Sub-Saharan Africa,’ published on April 8th, are disastrous, even though the wave of the pandemic has not yet fully reached Africa. Even if only the most optimistic scenario is taken into consideration, which predicts a decline in the pandemic in the world and in Africa within the next two months, nothing will stop it from damaging the world’s economy. It is a sharp and brutal blow to African states in the Sub-Saharan region.

Find out how affected will countries in Sub-Saharan Africa be and read the latest financial news from around the world with the Born2Invest mobile app.

A downward revision of growth

In fact, for many experts and economists, given the dependence of African countries on external markets – including its trading partners, particularly China and the Eurozone – it is not surprising that the economic crisis preceded the health crisis. Whether it is the 60% drop in prices of raw materials, including oil, or the halt in tourism in countries such as Senegal, Kenya, South Africa or Cape Verde – these are all aggravating factors for Sub-Saharan Africa.

As a result, according to World Bank projections, economic growth in Sub-Saharan Africa is expected to fall by 2.4% in 2019 to become negative, and between -2.1% and -5.1% in 2020. Output losses in the region for 2020 will amount to between $37 billion and $79 billion. If we focus on the three main economies of the region – South Africa, Angola, and Nigeria – which will be “the most affected by this crisis,” with foreseeable contractions of their gross domestic product (GDP) of 6% to 7%, the difficulties that the other countries will face can already be seen.

All economies in Sub-Saharan Africa will be affected

For South Africa, the continent’s leading industrial power, the World Bank’s forecasts that the country’s economy will register massive losses is no real surprise. The country was already in recession since the beginning of the year.

Oil-producing Angola, which has been in crisis since the fall in prices in 2014, “was already experiencing difficulties in maintaining investments at a high level,” noted Albert Zeufack. As for Nigeria, the leading producer of black gold in Sub-Saharan Africa, “the recovery was still very, very timid,” he added. In addition, in a few weeks, the country saw its currency fall and its rating downgraded by financial rating agencies.

The other countries that were predicted to have a bright future because of their rather diversified economies – Ghana, Côte d’Ivoire, Senegal, and Rwanda – will still see their growth weaken substantially. For these countries too will be hit by the consequences of COVID-19. They won’t have to wait long to do the math, a country like Ghana has already lost $170 million in the tourism sector alone. “All African countries will be affected,” warned Albert Zeufack.

As for the East African giants, Kenya and Ethiopia, two of Africa’s most integrated economies in global value chains, have also received a big shock due to the slowdown in external demand and disruptions to domestic production. Unemployment data are no more reassuring. According to the African Union, “nearly 20 million jobs, both in the formal and informal sectors, are threatened with destruction on the continent if the situation persists.”

People’s purchasing power is going to take a hit

The World Bank report showed that COVID-19 will have negative impacts far beyond the “dry numbers” of growth. Albert Zeufack does not mince his words, the situation is even more serious because “Africa is facing a health crisis combined with an economic crisis and potentially a food crisis,” he insisted.

The continent’s agricultural production could thus contract between 2.6% and 7% in 2020. And for good reason, the reduction in supply is at the global level, while African countries are importing their food needs massively. Because of their confinement, they cannot restart their local production, hence the fear of a food crisis. To remedy this, African countries should ensure that value chains and logistics are not closed. This would turn the crisis into an opportunity to strengthen regional value chains and increase intra-African trade. And if the situation were to continue, it would be the people who would lose out with purchasing power contracting by 7% in the optimistic scenario and 10% in the pessimistic scenario. If the borders remain closed for many more months, this figure would plunge by 14%.

The Washington-based institution recommends that African governments act on two fronts, collectively. On the one hand, “to save lives by focusing on health systems. On the other hand, to avoid an abrupt halt in activity.”

SEE ALSO  Where China goes, the base metals industry goes

The World Bank is firm on this point: economies must not collapse, otherwise they will be heading straight for social problems that States will not be able to contain. It advises that the Sub-Saharan countries must use their resources to create breathing space. Now, in order to accompany them, the world institution has ensured that it will “mobilize all possible resources to help” the region and has once again launched an appeal to creditors to freeze debt repayments so that these countries can free up money to fight the pandemic.

The International Monetary Fund (IMF) has already made a similar appeal. Many African countries have already reported budgetary problems or requested international assistance. Nigerien President Mahamadou Issoufou has called for a “Marshall Plan” for Africa. Ethiopian Prime Minister Abiy Ahmed called on the G20 in March to provide debt relief for the most vulnerable economies and to prepare a $150 billion emergency financial assistance plan. Although these amounts seem insufficient at the moment, there is every reason to believe that Africa is working to strengthen its strategy in this direction.