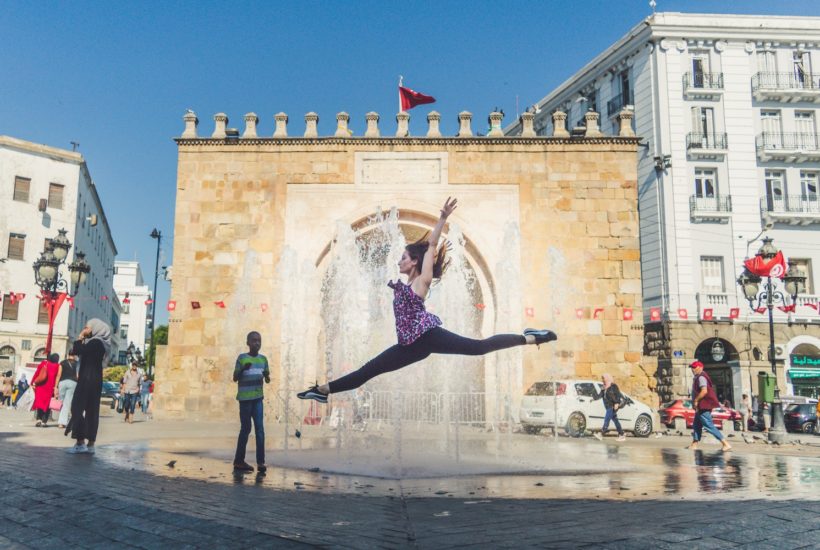 The legislation on crowdfunding, which was recently adopted at a ministerial council in Tunisia, is closely tied to the Start-up Act. It is expected that the volume of funding will amount to $164 million (KWD50 million) for the year after the bill is introduced. For his part, Ahmed Karam welcomes this measure which, according to him, should be accompanied by safeguards to ensure the effectiveness of this new mode of financing.

The good news for start-ups and SMEs struggling to get off the ground is that the authorities have just passed legislation on a new form of financing that allows them to free themselves from the sometimes harsh and exorbitant conditions imposed by the traditional financing system.

Crowdfunding has the potential to provide a huge boost to the Tunisian economy. On January 31st, the draft law on crowdfunding was submitted to Parliament for consideration. The Department of Industry and SMEs held a press conference last Monday, February 3d, at the APII’s headquarters, to turn the spotlight on the benefits of the crowdfunding bill.

Breaking news from Born2Invest on Africa, and business headlines with the B2I app. Get news from Africa, America, Europe, Asia Pacific, the Middle East.

95% of the Tunisian economy is financed by the banking sector

Expanding on the subject of participatory financing, the Minister of Industry and SMEs, Slim Feriani, explained that this law will consolidate the ecosystem of entrepreneurship, especially start-ups. “Just as microcredit has enabled many vulnerable families and households to flourish socially and economically, crowdfunding will enable start-ups and SMEs to take off and move up the ladder,” said Feriani.

He added that this law is a complementary framework to the Start-up Act, as it establishes more flexible funding mechanisms. Crowdfunding is a financing operation carried out through platforms that play an intermediary role between companies or start-ups seeking funding, and individuals, particularly Internet users who commit to supporting these projects by injecting money into them. It is a way of investing one’s money. These platforms will serve as intermediaries that connect Tunisians, especially those living abroad,” Feriani said.

Feriani stressed, in this context, that there are two types of participatory financing. The first type is the capital investment known as “Equity Crowdfunding” which allows entrepreneurs wishing to set up their projects to raise funds. This first type of financing is subject to authorization by the Conseil du Marché Financier (CMF). As for the second method of crowdfunding, it consists of lending money, thus forming a new source of financing in the same way as traditional financing institutions such as commercial banks, investment banks, etc. This second mode is subject to the authorization of the Central Bank (BCT).

“According to recent estimates, the volume of crowdfunding worldwide is close to $500 billion. The U.S. and China account for the lion’s share. It is a recent form of financing worldwide, but one that is growing in view of its success,” he said. For the Minister of Industry, this law is a further step in the process of diversifying financing in Tunisia. It is in this sense that he indicated that the Tunisian economy is financed almost entirely by the banking sector, up to 95%. “Tunisia is one of the few countries where the banking sector finances almost the entire economy,” he said. The volume of financing is now expected to reach $164 million (KWD50 million) for the year following the entry into force of the law, Feriani said.

For Ahmed Karam, President of the Union of Maghreb Banks, this bill is an “interesting measure” that enriches the Tunisian financial space, but which must be provided with guarantees to ensure its smooth functioning and avoid fraudulent actions, thus ensuring its effectiveness. “It is a recent instrument, which is beginning to have a lot of importance in advanced financial markets. It allows some business promoters to access financing that might sometimes be out of their reach since the traditional financial apparatus requires guarantees that are often difficult to provide despite the innovative ideas they bring,” Karam stressed in a statement given to La Presse.

Karam added that crowdfunding also makes it possible to create a direct relationship of trust between the promoter and the investor that can accelerate the development of projects. It is an interesting instrument for raising capital for start-ups, he argued. Culture and art can also benefit from this new mode of financing which could revolutionize the Tunisian economy.

“Crowdfunding is also used for innovative, mainly cultural activities to finance films, plays, etc. because in these areas there is always a sympathetic relationship between the project leader and the public,” Karam explained. However, crowdfunding must be managed in a professional way, he warned. To this end, Karam called for all the rules to be put in place to protect creditors from fraudulent actions. “This is where the government must step in to play a supervisory role. It is also important that the financing process should not be complex. It is a system set up via the internet and the internet means speed, streamlining procedures and efficiency,” he concluded.

In addition, it should be noted that the bill was drafted in a participatory manner and the process was led by a Copil steering committee made up of several representatives of the various stakeholders, including the BCT, the Department of Finance, the private sector, the Financial Market Council and the Microfinance Supervisory Authority.

First published in LaPresse.tn, a third-party contributor translated and adapted the article from the original. In case of discrepancy, the original will prevail.