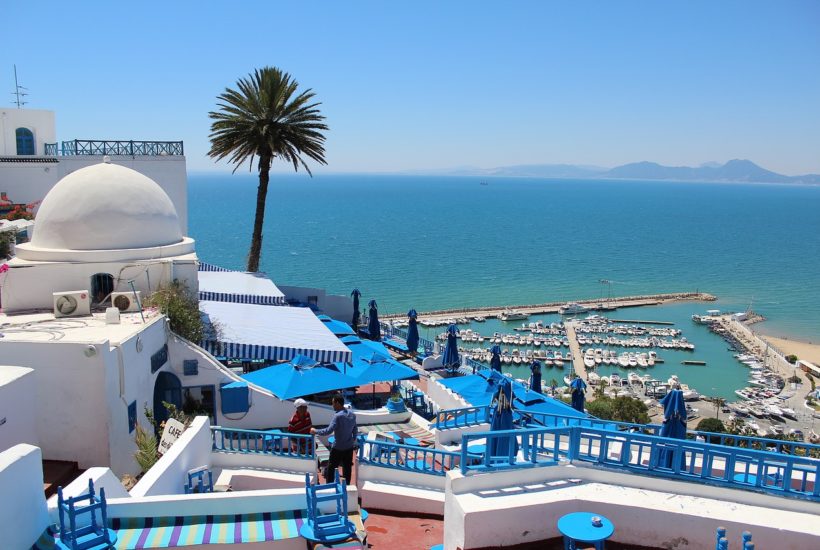 On one of the walls of a cemetery in Kairouan, someone wrote “hospital”. As if the difference was small. The death of a policeman, in front of the regional institution Ibn El Jazzar, asphyxiating on the ground, has shocked part of the opinion. Proving by the image the truth of the alarming figures communicated by the Ministry of Health: the intensive care occupancy rate has exceeded capacity in some regions of the country.

The second city of the country, Sousse, is in “a catastrophic situation,” according to the regional director of health with a bed occupancy rate of 96.9%. In March 2020, the then Minister of Health, Abdellatif Mekki, warned of the risk of “deaths at the gates of hospitals, the use of war medicine if part of the population persisted in not respecting confinement and curfew. When this warning was issued, the country had only 596 cases and 22 deaths. Fifteen months later, there were 14,959 deaths and 420,103 cases. “Out of control”, “the situation is going off the rails”, the anxiety-provoking terms are multiplying. And the solutions are not legion.

Read more about the economic sector in Tunisia and find the latest economic news with our companion app Born2Invest.

With 14,959 deaths, Tunisia has the worst record of the five countries that make up the Maghreb (Mauritania, Algeria, Libya, Morocco). While the situation seems to be under control in Algiers and Rabat, Tunis is experiencing the worst health situation. On June 30, the rate of positivity exceeded 35%: 5,921 new cases in 24 hours, 116 deaths, the highest daily rate ever recorded since the beginning of the pandemic. The number of tests performed in one day had never been so high: 16,050. Several factors explain this outbreak: a limited vaccination campaign (the country is dependent on deliveries), less than 5% have received the two doses, barrier gestures little respected, an unequal health system according to regions, on the verge of a breakdown.

On Tuesday, a Tunisian military plane was on its way to Germany to repatriate 25 respirators. The Italian authorities have been asked by the President of the Republic. Forty tons of French medical equipment arrived in the wake of the official visit of Jean Castex, including 325,000 doses of vaccines. The scientific committee in charge of apprehending the situation met on a permanent basis at the initiative of the President of the Government. A curfew running from 8 p.m. to 5 a.m. has been established until July 11th. Nissaf Ben Alaya, spokesman for the Ministry of Health, said that a general containment would have “needed six weeks to be relevant”, effective, which the economic situation can not tolerate. The governors of Greater Tunis (2.2 million inhabitants) have opted for a lockdown from July 1 to 14. Except for compelling reasons, travel will be prohibited. While the thermometer is panicking, 36 ° C minimum, the beginning of the vacations may resemble the previous: sluggish.

“The State has no money to renew the aid”

Mouna Allani Ben Halima, general manager of Badira, a five-star prized in Hammamet, summarizes the state of mind of the tourism sector: “We hoped to balance our figures with local activity, but if there is confinement the sector is cooked. The dilemma facing the government: a complete lockdown, as practiced in the spring of 2020, would annihilate the economy, would require aid in return.”

The aid measures for tourism ceased on June 30th (assumption of employer contributions, partial unemployment) and should not be renewed. The entrepreneur notes that “the state has no money to renew any aid. Domestic tourism, Tunisian, could avoid a bankruptcy of a sector whose “30% of activities have disappeared in 2020.” The World Tourism Organization has predicted “50% mortality of tourism businesses. The high season – June/August – brings the country to life, both on the coast and inland. 14% of GDP, 400,000 direct and indirect jobs according to the Ministry of Tourism, “it is one of the tripods of the Tunisian economy” says the central bank. Hard hit since the 2011 revolution, the sector has shown amazing resilience despite the wave of attacks in 2015. This time around, a major restructuring will take place.

In the event of another lockdown, Kasbah was aware that it would have to match it with social aid, which it cannot. A hypothetical IMF-type plan does not seem to be on the cards, despite Tunisia’s official requests. An exceptional payment could be made by the end of the school year. The World Bank indicated in October 2020 that “800,000 Tunisians would fall into poverty. Unemployment, which is not compensated, jumped to 17.8% in the first quarter. Every 24 hours, the figures from the Ministry of Health are more and more worrying.

SEE ALSO  This Is Web 3.0: Blockchain dApps to Power the VR and AR Metaverse

(Featured image by AlexSky via Pixabay)