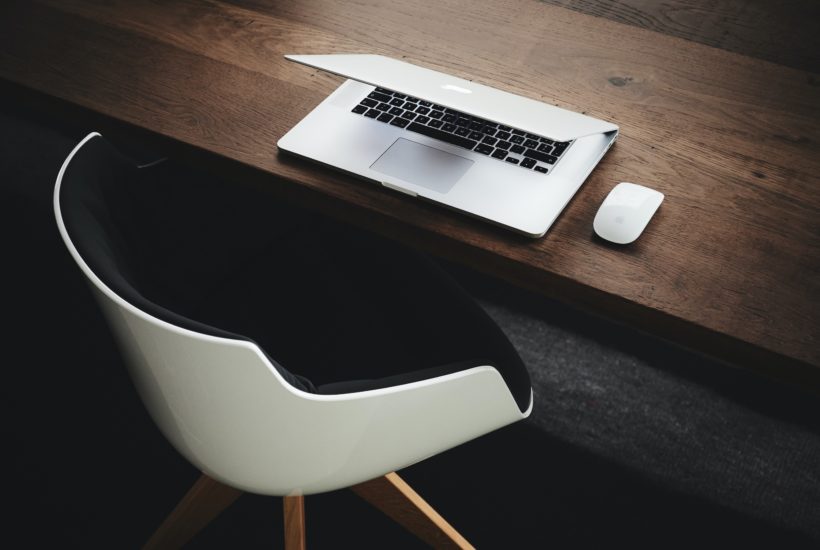 Since the outbreak of the pandemic, the Spanish health tech sector has seen a window of opportunity for its development. Until the outbreak of the pandemic crisis, investment in the startup ecosystem of any kind in Spain had stabilized at around $1.18 billion (€1 billion), even having reached $1.3 billion (€1.1 billion) in 2019 with a total of 206 publicly available transactions.

A figure that is similar to the $1.45 billion (€1.23 billion) invested in 199 transactions during the previous year. According to 2020 data from Spain Startup, one of the sectors that have grown the most this past year in this area, and in which the most is invested, is healthcare. In Spain, 40% of the startups founded in the year of Covid choose to create projects that are focused on this area.

Looking to the future, Deloitte, in its report called “The acceleration of digitalization in healthcare”, the consultancy firm makes five predictions about the healthcare sector for 2025. First, “the home” is analyzed and considered as the future usual environment for the routine care and monitoring of the general state of health of the population.

According to this report, hospitals will be reserved for specific treatment, trauma, and emergency services.
Many of the doctor-patient contacts will be made virtually and will be informed by evidence from the “real environment.” A noteworthy fact in Deloitte’s prediction is that more than 70% of Spaniards will make consultations via video connection and individuals will be better informed about their genetic profile, a fact that will have a positive impact on their state of health and possible future illnesses. It is also considered that, despite the fact that some markets are more evolved than Spain’s, it is only a matter of time before the way of understanding health and the healthcare system in Spain changes substantially over the next ten years.

Read more on the subject and find the latest financial news with the born2Invest mobile app.

On the other hand, it is also worth noting that investment in bio-sensors has increased fivefold over the last ten years. The use of these sensors, together with the appearance of mobile applications or services such as telemedicine, digital monitoring of patients, or personalized medicine, among other systems, is making it possible to have new information available in real-time both in the field of health and in the patient’s quality of life. Laying the foundations for a new model of the doctor-patient relationship and disease prevention is already generating a transformation in medical care and is also leading to the emergence of new companies with innovative business models.

Although the major poles of innovation in digital health are mainly in the major world powers such as the United States, China, and Japan, successful business initiatives have been taking shape in Spain. Bearing in mind that healthcare is one of the sectors with the greatest activity, budget, and knowledge in the country, the new digital health technologies also represent an opportunity to develop a new industrial sector with high added value and highly qualified professionals. In this context, support for the digital transformation of the healthcare sector will prove vital for the diversification and power of the Spanish economy. Already in 2015, aware of the moment in which the Spanish healthcare system found itself, the variety of actors that make it up, and the need to join forces for its transformation, the industry represented by the Association of Electronics, Information Technology, Communications and Digital Content Companies (Asociación de Empresas de Electrónica, Tecnologías de la Información, Communications and Digital Contents (Ametic) and the Federation of Healthcare Technology Companies (Fenin), together with the Spanish Society of Health Informatics (Seis), reached an agreement and signed a collaboration agreement in which they assume their role as key players in this process of change and transformation in which all healthcare systems find themselves.

SEE ALSO  How businesses can improve productivity with today's technology

As a result of these agreements, the digital health ecosystem in Spain has been explored and, by comparing it with various international cases, the report points out that the existence of a public and independent entity for the implementation and development of digital health could be a key factor in boosting this market, whether on a public or private scale. According to the report, the creation of a governing body, which is already in place in other neighboring countries, and which has the functions, responsibilities, and competencies to promote actions and services for the implementation of the digital health strategy, would be of vital importance for the future of this field.

The body in question would make it possible to coordinate those who should participate in it: patients, professionals, public and private healthcare organizations, professional associations, scientific societies, universities, research centers, and companies. In the latter case, the commitment to digitalization is encountering obstacles as a result of restrictions on the location of data. In order to move towards digital transformation in the healthcare sector in Spain, the report by Ametic, Fenin, and the Spanish Society of Health Informatics proposes a series of specific measures. Among them is a proposal to review Law 11/2007 on electronic access for citizens and public services and to develop those aspects that are necessary, taking advantage of its proposals to promote the right to digital health. It calls for inspiration from existing legislation in this field, but in other countries such as Germany or France, while reinforcing cybersecurity for digital health.

The aim is to explore and take advantage of the present and future possibilities of providing services with new tools. It is also proposed to define the priorities in terms of standards and interoperability in healthcare, collaborating with standardization associations in order to draw up the relevant recommendations or standards, and the administration is asked to establish channels that allow a fluid dialogue with the related industry.

In this case, the objective is to explore and take advantage of the present and future possibilities of providing services with new tools

Other industry players at the national level who want to improve the business implementation of digital health in Spain, according to the same report, call for the coordination of the various players in play, involve citizens to increase trust, and leave behind the role of a paternalistic healthcare system. In the midst of this changing context, several companies have seen a path to follow and have taken the plunge.

Doctoralia: This is an application that helps patients find doctors and centers close to their geographical location and also allows them to request appointments directly through the same application or contact professionals by phone. This company has recently signed a collaboration agreement with Allergan Aesthetics to promote digital medical training. This agreement is part of Doctoralia’s objective to expand and strengthen valuable collaborations to work together to boost the visibility and digital training of professionals, accompanying specialists throughout the digital transformation process. The company founded by Frederic Llordachs increased its turnover in 2020 to €4.3 million. In fact, during the pandemic, this Spanish company has seen its traffic increase by 75%, but even more remarkable is that in 2019 it already increased its turnover in Spain by 45%, reaching €3.3 million.

Koa Health: This company was born as part of Telefónica Alpha, Telefónica’s disruptive projects lab. Koa is a mental wellness app that helps companies to better support their different teams. After its launch, it was used by dozens of companies reaching a total workforce of more than 250,000 employees. Koa Foundations offers users a product based on a library of evidence-based activities to improve their well-being, combat stress, sleep better, aid relaxation and positive thinking, and increase self-confidence. The company recently announced the closing of a Series A funding round of €30 million. The round had a first closing in October 2020, led by Wellington Partners Life Sciences and Ancora Finance Group, and has now been completed with different participation from other investors such as Mtip and Akilia Partners, plus other contributions such as Creas Impacto, Sabadell Asabys, and Mundi Ventures.

Melio: This company offers a solution that streamlines the health service, with a 100% digital purchasing process and fast results available in a maximum of 48 hours and receiving the comments of a specialized medical team. Apart from this digital variant, the health platform performs a series of blood tests where more than a hundred different markers can be analyzed, offering a more accurate diagnosis. Since its launch in 2019, the health-tech has been supported by the European laboratory Unilabs, through which it offers its service in the Community of Madrid in more than ten blood collection centers. In the last year, the company has chosen Barcelona as its second destination, behind Madrid. In addition, the company plans to expand to other Spanish cities such as Valencia, Seville, Zaragoza, and Bilbao in the coming months.

Nutrino: Born in Barcelona with the idea of providing a nutritional information app for healthy individuals, Nutrino soon after ventured into the healthcare market by mapping out a diabetes-oriented product. In 2018, Medtronic bought the company for $100 million and today it is considered an Israeli company, but its Spanish roots are still very much present. As of today, the company builds a nutritional information platform with the goal of discovering the connections between people and food in order to empower better nutritional decisions. Nutrino uses API or SDK integrations and partners can buy and use Nutrino’s knowledge about food, nutrition, and people to improve their own products and services.

Mediquo: This 24/7 doctor chat app has a very similar operation to WhatsApp. Founded by Guillem Serra, a physician and mathematician, its aim is to provide society as a whole with a doctor, whatever the specialty, at any time of the day. In this way, users can contact registered physicians in an unlimited way and with a response estimated in less than two minutes. The chat application is free for the first few days and then evolves into a paid service without the need to share a personal number. The company entered the health tech market with a financing round of 3 million euros.