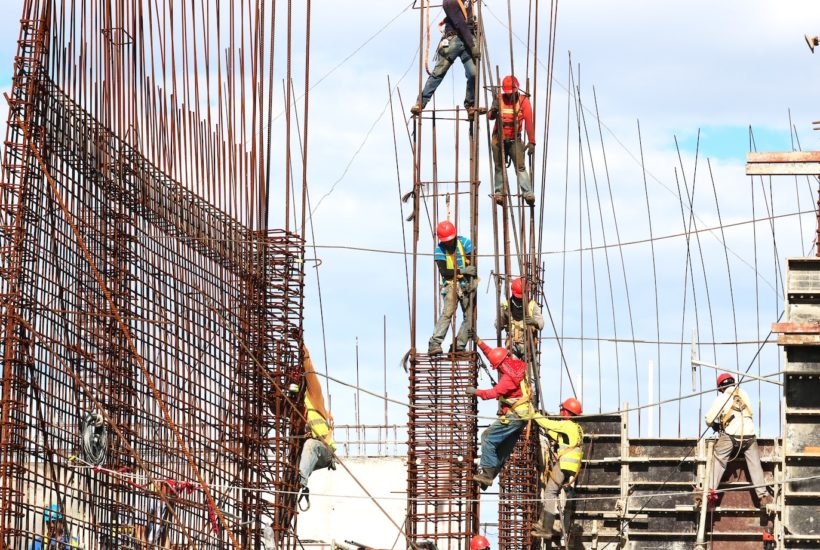 The new law covering fundraising for construction projuects came into force on January 1st. Last spring the government considered allowing crowdfunding to be leveraged as an alternative tool for financing construction projects. In the final version of the law, stakeholders have barred the possibility of crowdfunding.

In addition, there is a lack of amendments to the law on shared construction for investors who do not need an apartment in return. Developers are not against crowdfunding in the future, and experts remind that such practice is widespread abroad, where people can invest any amount, even the most modest sum.

The State Duma passed a federal law on attracting investments using investment platforms back in summer 2019. According to this, crowdfunding can be carried out through loans, securities or utilitarian digital rights.

Following the results of the first reading possible use of the tool as the attraction of means including shares for building projects was discussed. By the second reading, the potential information was covered by the legislation. Article 8 of the law expressly states that digital rights can not replace the right to claim property, the right to which is subject to state registration or notarization. In other words, the possibility to invest in and receive housing in return was excluded.

“This category includes both equity participation agreements in construction and any agreements that provide for the alienation or acquisition of rights to real estate,” explained Leyla Tagieva, Senior Associate of Dispute Resolution and Legal Consulting Practice at SSP-Consult. The expert explained that the restriction was made in order to prevent developers from bypassing the 214-FZ, which was amended last year by the transition to project financing using escrow accounts.

“The application of the law on crowdfunding would allow the developer to use the equity holders’ funds until the actual completion of construction. It would also significantly limit their rights, including with regard to the enforcement of the developer’s obligations,” she added.

In addition, for individual investors, the maximum amount that can be invested in a year is $9,750 (RUB 600 thousand). The Sales Director of the Seven Suns Development Alexei Bushuyev said that collective investments are unlikely to become a real instrument in the real estate market unless in the future the limits are increased by legislation. The experience’s in Russia shows that all possible uses are limited to several million dollars. This is the cost of one apartment, and it is necessary to build an entire house, summed up the head of the St. Petersburg Builders Association Alexei Belousov.

“We saw some kind of crowdfunding when we had housing cooperatives. HCC still operates on 214-FZ, more precisely, operated until July 1, now it is impossible to start new projects HCC, ” said the head of SRO.

On the other hand, the new instrument could attract investors who are interested in additional income rather than housing. Belousov named three points that are necessary for the industry to use such a financing scheme. The first is the adoption of a law that would define the procedure for the formation of the actual money supply, which can be used to implement the project, collecting money from citizens. “This is a completely separate law. There is no such law in Russia yet. It is expected that sooner or later it will appear, especially given the desire of the country’s leadership to switch to a digital economy,” he said.

In addition, amendments are needed for the federal law “on shared construction”, which would allow building with this money collected from citizens. “There are no such mechanisms yet. Now all financing should go through the banks, or on the developer’s own funds. Given the rather strict requirements of the 214-FZ, I do not see the possibility now without changing the legislation, both common and private, to finance construction through crowdfunding,” concluded the expert. Finally, the head of the association recalled that first, it is necessary to increase confidence in this type of investment. Many have not yet forgotten MMM and other financial pyramids and, learned from bitter experience, will not hurry to invest.

“The crowdfunding platform could probably be useful to the industry as an alternative to the targeted loan,” said Tagiyeva. For example, under such a platform, target loan agreements can be concluded on the terms of repayment of the principal and interest for its use at the end of construction. However, the lawyer noted that the cost of the construction project of one apartment building is about $49 million (RUB 3 billion), excluding the cost of the land plot. She suggested that it is theoretically possible to use crowdfunding to cover a one-time cash gap, but this is relevant only for developers who build on their own funds, not borrowed.

Oksana Kravtsova, CEO of Eurostroy, believes that today it is impossible to predict whether the new law on crowdfunding 259-FZ will be an effective tool for accumulating money by developers. “Obviously, the regulations for raising funds for the purchase of real estate should be created in the conditions of legal reality of the updated 214-FZ,” she emphasized.

“The main question is, what will the funds be raised for? In single projects, a scheme to raise funds through crowdfunding may work as an alternative to project financing. In case we are talking about raising funds from future shareholders, it is difficult to present this procedure in today’s market realities and legislation,” said Marketing Director of Lenstroitrest Group of Companies Jan Feldman.

The head of the analytical center “Glavstroy St. Petersburg” Dmitry Efremov, drew attention to the fact that now the tool may be interesting for a fairly narrow market of professional investors and raising funds for the construction of commercial facilities: apart-hotels, shopping centers. A professional investor, as a rule, thoroughly studies the project and makes a balanced decision, finding a balance between the risk level and the size of potential income.

“In the West, however, crowdfunding is used in many areas and has gained more popularity than in Russia, as the legislation that regulates this mechanism of attracting private investment has been developed,” said Ekaterina Tader, head of development at Becar Asset Management.

SEE ALSO  Before investing in crowdfunding, be aware of the structure surrounding the platforms

“We are just beginning to move in this direction, gradually moving from fundraising for single creative projects to working with projects of large companies, including investment and construction. Provided that the legislation allows to regulate this mechanism, make it transparent and protect private investments, crowdfunding can become an alternative to bank loans for developers. In my opinion, there is no difficulty with the use of crowdfunding in large-scale projects, but the developer must determine the economic efficiency of such a step and its ability to work with a large number of private investors,” the expert added.

Alexey Bushuyev agrees that the tool is suitable for the construction industry, but not in Russia. “The market of collective investments in commercial and residential real estate is very popular abroad. The largest crowdfunding platforms in this industry are based in the UK, Germany, Spain, and the USA. They are designed for investors with any budget: from the most modest amounts to several tens and hundreds of thousands. All companies offer a fixed income, share or interest on the lease,” explained the sales director of Seven Suns Development.

The market representative draws attention to the weakness of the recently enacted law. Namely, the regulation of the procedure for recovery of overdue debts. At the moment, the investor is not protected from possible financial problems. In case of default, he must go to court on his own or attract collectors for recovery.

First published in фонтанка.ру, a third-party contributor translated and adapted the article from the original. In case of discrepancy, the original will prevail.