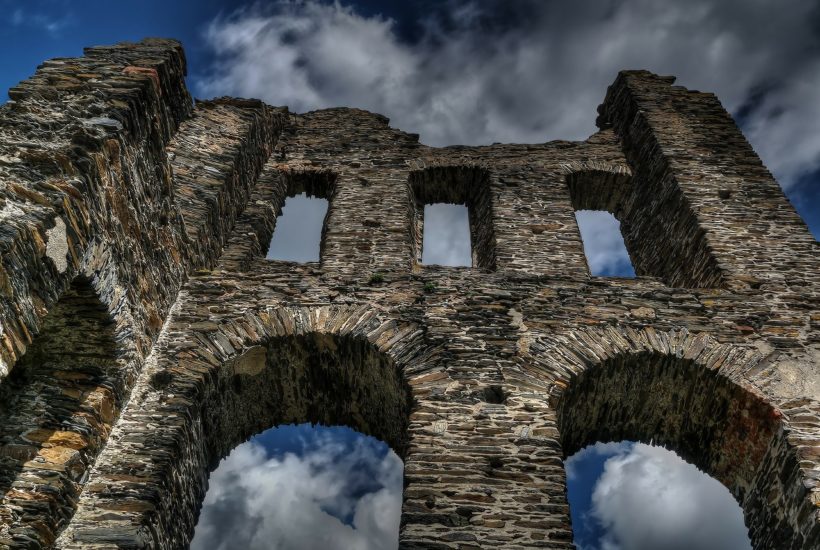 This is not just another crowdfunding request, it is the ideal opportunity to give a definitive boost to one of the best medieval reserves in Europe. Miranda del Castañar, a Salamanca village of just over 200 inhabitants, has an enviable historical heritage: more than 40 emblazoned palaces, 600 meters of wall, and 4 medieval gates, among others. Only its location, which means that you have to go there specifically to get to know it, and the lack of institutional support to get a decent internet connection, prevents it from being much more lived and visited. But now there is a unique opportunity to recover a castle with a lot of history. And the fact is that, since it was built by Don Pedro de Estúñiga, the walls of the fortress have supported in stone more than six centuries of experiences. During the fifteenth century was the main defensive work of the area and had an enviable communication for the time and a good water supply, but in the sixteenth century a terrible fire ravaged the fortress and the counts who lived there moved his court causing the abandonment of the building.

Despite the fire, the outer structure of the building always remained upright. During the following centuries, it was used as a village quarry and its battlements were transformed into the burladeros of the first bullring to be built in Spain. The mistreatment continued in the first quarter of the 20th century when part of its structure was dynamited to build the Civil Guard barracks. Declared an Asset of Cultural Interest in 1931, its conservation has been improving little by little since the 1970s. After the successful completion of two smaller projects in which it has rediscovered, geolocated, and signposted an old forgotten path that crosses this area, now, the goal is to recover the emblem of the town for those who want to visit it inside, and make a giant leap for the people. To do this, two associations such as Hispania Nostra and Patrihum Casmi seek $46,600 (€40,000) through crowdfunding donations, with which they will try to make the castle visitable and create in it an interpretation center that centralizes information on the Iberian roads, the whole of the Villa de Miranda del Castañar and the fortress itself. The crowdfunding campaign ends on October 18, so there are only a few days left to make a donation to the project, with which, by the way, those who collaborate will receive if they wish a wide range of rewards from locally produced products.

The first of the associations involved, Hispania Nostra, has been defending for decades the different types of heritage that exist throughout our geography. Bárbara Cordero, its director, said that it was clear to them from the beginning that they wanted to support the project and provide them with their platform: “It was four years ago when we began to strengthen ties with Miranda del Castañar. They invited us to give a talk, we learned about Serrano embroidery, which is very popular in the area, and we got to know each other.” The second of these, Patrihum Casmi, is a passionate neighborhood organization that is on the ground. “There are many hikers or route-takers who come to the village and ask us intrigued if the castle can be seen inside. Now the property has been ceded to our organization, and it is our goal that it can be visited,” says Julio de Andrés, its promoter. “The minimum goal is $5,800 (€5,000), which would help us to make the planning and present it to get support, but the goal is to achieve the largest amount possible. The views of the site are fantastic, it’s all surrounded by three natural parks.”

Víctor González, Julio’s colleague and responsible for the communication of this association, affirms that “for the town it would be something very important. The main attraction is the castle, and by opening it to the public we would attract many more people, which would end up being a rural development project that would allow the tourism of Miranda del Castañar and the producers and sellers of the area to grow”. “You really have to come and see it,” Julio reiterates enthusiastically. And he is right. The emptied Spain will resist as long as the initiatives to recover the population or the lost visitors succeed. Hidden treasures that should not be hidden are looking for help to get ahead. There is still time until mid-October to make one of them a reality.

SEE ALSO  Action-reaction in the age of social media: How to enhance your brand's feedback loop﻿

(Featured image by DavidPogue via Pixabay)

First published in El Confidencial, a third-party contributor translated and adapted the article from the original. In case of discrepancy, the original will prevail.