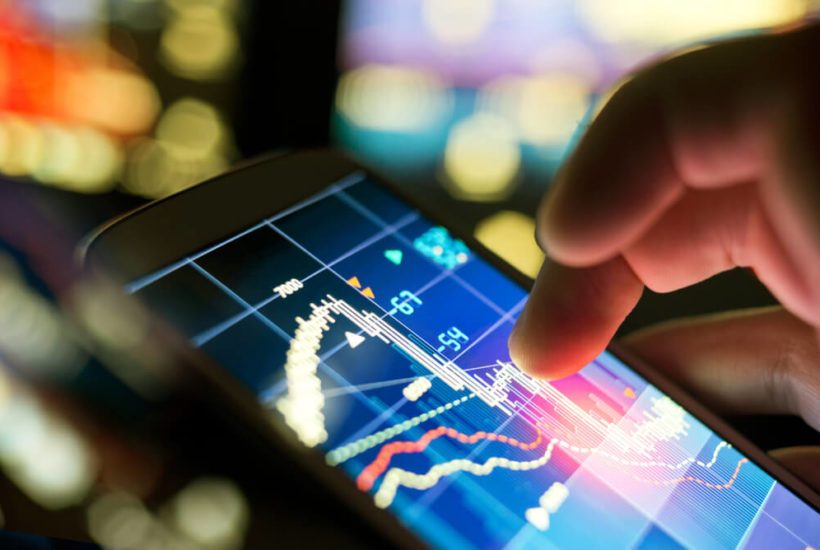 It is at that point that the yield curve usually inverts–thus, disincentivizing future lending and closing down the credit conduit. The Fed then backs off from future rate hikes. About a year later, a stock market meltdown begins; and six months after that a recession ensues. During this current cycle, the Fed Open Market Committee (FOMC) has raised rates by just 250bps before turning dovish. Therefore, Wall Street takes solace in the view that this time around the Fed stopped in time before it killed the business cycle.

However, that 250bps of hiking is before you factor at the end of Quantitative Easing (QE) and the current Quantitative Tightening Program (QT), which is still an ongoing process and won’t end until September. When you factor in the tightening that occurred when the Fed ended QE in October of 2014, which amounted to $85b per month of newly printed money at its peak and added a total of $3.7 trillion to the Fed’s balance sheet, the actual amount of tightening from ending QE is probably close to 300bps.

And, the QT from the Fed will end up draining nearly $1 trillion from its balance sheet and reached $40-$50 billion per month at its peak. A reduction in the Fed’s balance sheet of anything close to $1 trillion is completely unprecedented and amounted to a tremendous drain on liquidity. Nobody knows exactly the amount of rate hikes this equates to, but it most likely added another 75bps of monetary tightening.

Société Générale calculates that the Shadow Fed’s Fund Rate dropped to three percent and, therefore, the amount of rate hikes to date have been 525-550bps. 300bps more than the stated FFR of 2.25-2.5 percent. But that is before you add in the Fed’s QT program. Therefore, when you add it all up, you get the equivalent of 600-625bps of rate hikes in this current tightening cycle—well above the high-end of the historical range where the business cycle turns towards recession.

My friend and Director of the National Economic Council, Larry Kudlow, recently stated that interest rates might not rise again in his lifetime. He is 71 years old, and I hope he lives for a very long time, but you get the point. Larry believes interest rates won’t rise for decades to come. Vice President Mike Pence said in an interview with CNBC that the Fed should cut interest rates by 50bps and agrees with President Trump about ending the QT program immediately.

Pence also said this, “There’s no evidence of inflation in this economy.” Ok, Mr. VP, you don’t have to be Sherlock Holmes to discover the evidence. Home prices have jumped 48 percent in the past six years, all forms of insurance coverage have skyrocketed, and college tuition has been rising 8x faster than wages. But even if he took the time to view the manipulated government data on CPI and PPI, he’d see Consumer Prices are up 1.9 percent year/year, and Producer Prices have risen 2.2 percent year/year.

Nevertheless, President Trump is pushing for a return to QE, and he may find out that he has more friends on the Fed than he currently believes. Chicago Fed President, Charles Evans, had this pithy bit of wisdom regarding how he views his responsibility to protect the purchasing power of the dollar, “Inflation is weaker than I would like,” he said recently on a TV interview. As to why more inflation would help grow the economy, these lovers of counterfeiting can never clearly articulate.

With the FFR hovering at less than half its historical level, and the Fed’s balance sheet at $4 trillion, one would hope the government would think the last thing this economy needs is to cast more doubt on the faith in the US dollar’s purchasing power. Inflation pushes the middle class further and faster along its inexorable path towards extinction. 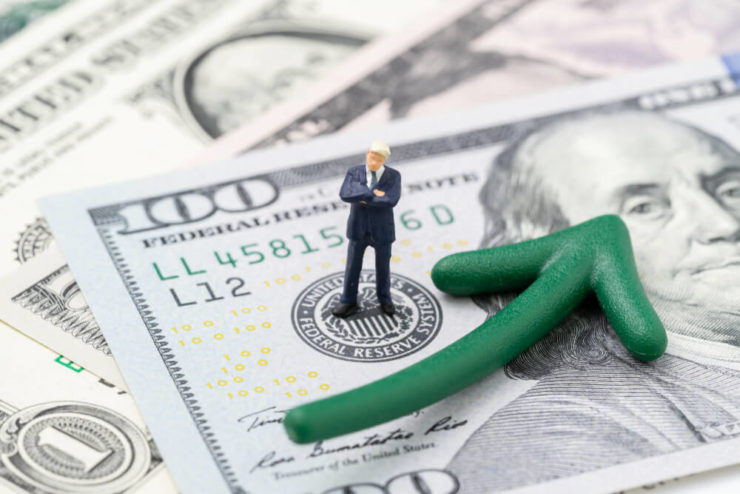 Inflation is pushing away the middle class. (Photo by eamesBot via Shutterstock)

To add to this distorted view, our President recently tweeted that the Dow would be 5-10k points higher if the Fed had not engaged in QT. One also has to wonder how much more unhinged the President wants the stock market to become in relation to the underlying economy. After all, the total market cap of equities now stands at an incredible and dangerous 1.5 times GDP. The danger to the entire economy emanating from the inevitable crash from such lofty heights is growing exponentially.

Meanwhile, the debt dung pile in Chinese debt just got a whole lot deeper. Again, I don’t blame the great people of China but rather its government for this. The March total debt number was 80 percent higher than the year-ago figure, and the YTD debt increase was 40 percent higher than the year-ago period. Aggregate financing in the first quarter amounted to 8.18 trillion yuan (US$1.2 trillion), which was an increase of 2.34 trillion-yuan year/year.

As to how Wall Street believes adding to China’s debt at this point can be a viable and sustainable plan is inconceivable. After all, China’s debt has already quadrupled in the past seven years. So, it is not as if Beijing has not tried this stimulus trick before. The government has indeed levered-up many times before in a big way and has produced a more unstable and unhealthy economy with each iteration.

Turning to the US, our March fiscal year to date deficit came in at $691 billion—that is for just the 1st half or the fiscal year. So, governments around the world have unbelievably and inconceivably taken fiscal and monetary madness a giant leap further and deeper into the depths of inescapable insolvency.

Is it any wonder why stock prices are rallying? There has been an absolute deluge of promises from global governments since the market collapse of Q4 2018 that there will be more free money on offer, even though they are fully aware that taking on more debt at this point guarantees the future will be beyond bleak.

For now, the economy walks a very thin line along the cliff’s edge. Unless you believe central banks can stay at the zero bound interest rate range forever and never cause a reduction in a currency’s purchasing power, intractable inflation is inevitable. Once achieved, it will produce an interest rate surge from all-time lows that will engender an equally disastrous plunge in asset prices. Any fixed income instrument and equity that the government is not actively purchasing will crash in price. This is exactly what occurred in October of 1987, where the Dow lost 23 percent of its value in one day. But unfortunately, the carnage should be much worse than 1987 given the relative level of debt and overvaluation of equities that exists today.

The number and dollar amount of business defaults occurring as a result of such a meltdown should be unprecedented. There is a real danger the economy will contract into a depression given the record level of debt it is lugging along. The US carries total debt that is worth 350 percent of GDP, which is the same Pre-Great Recession level. This figure was 160 percent of GDP in 1980 and just over 200 percent in 1987. But this time around central banks have little, to no room, left to reduce borrowing costs and spur on new lending.

On the other hand, a recession could begin even before inflation runs intractable. The global economy is already slowing, and earnings growth has slowed to a negative level. If the amount of Fed tightening I estimated earlier is anywhere near correct, the business cycle should soon turn south following a stock market peak and crash that is only a few quarters away. The massive re-leveraging in China has served to hold off the carnage a bit longer, but Beijing now risks a crash in the yuan.

If you are investing in this market, it is necessary to try and eke out any gains left and do so using a data and math-driven model that is built to identify when to head for the nearest emergency exit well ahead of time to ensure you find one of the few lifeboats available. Then, you can sit back and use your cash to finally pick up the pieces of good companies with solid cash flow and dividends at a fair price. It’s the only sound plan around.

(Featured image by solarseven via Shutterstock)