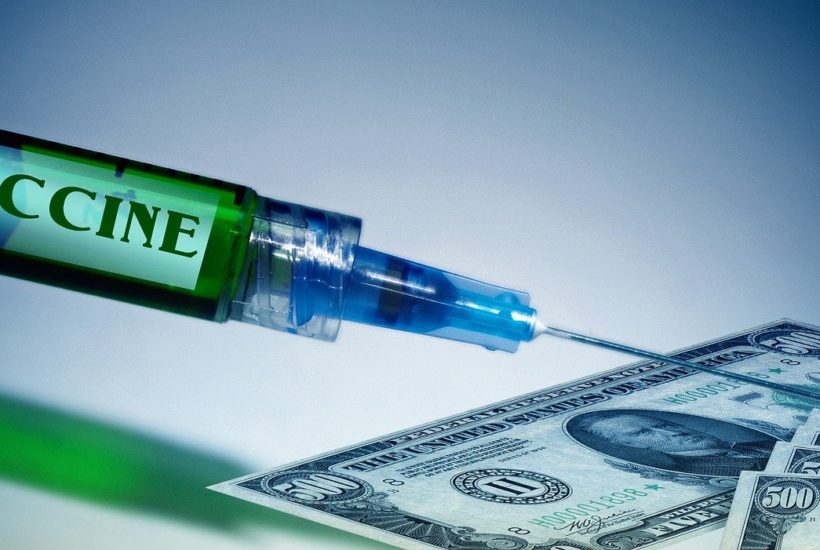 Companies around the world are working flat out on a corona vaccine. The Tübingen-based company Curevac also has a vaccine in the pipeline. In order to produce as many doses as possible and as quickly as possible, the biotech specialist is now also massively expanding its production capacities.

The Tübingen-based biotech company Curevac plans to considerably expand its production capacity in the coming years. Currently, depending on the vaccine dosage, more than 100 million doses per year can be produced. The corresponding plants should be “cloned” in the coming months, a Curevac spokesperson told Merkur.de on Thursday, October 29th.

Read more about Curevac plans to expand production capabilities for its coronavirus vaccine and read the latest business news with the Born2Invest mobile app.

In addition, a completely new production plant is being built. It is scheduled to start operations in 2022 and, depending on the quantity of vaccine, will be able to produce at least one billion doses per year. The building for this is already in place. The spokesman said that the necessary equipment would now be installed. Curevac plans to invest $87.5 million (€75 million) in the production facilities alone. The biotech specialist had secured a loan from the European Investment Bank in July to finance the investment.

It was only at the end of September that Curevac started the second phase of testing its corona vaccine candidate. The Tübingen-based company plans to start Phase IIB/III in the current quarter. Curevac recently announced that it plans to test its vaccine in different dosages on approximately 20,000 to 30,000 volunteers. This is expected to take several months. It is hoped to be able to offer an applicable vaccine by mid 2021, the spokesperson said.

Federal Research Minister Anja Karliczek (CDU) also expects a widely applicable vaccine against the coronavirus in the middle of next year. She assumes that by then “broad sections of the population can be vaccinated”, Karliczek said in Berlin on Thursday. The pressure is increasing. On Wednesday alone, the Robert Koch Institute had registered 4,000 new cases of infection.

In order to accelerate the development of a vaccine, the German government had set up a special program to support the development of the vaccine. Curevac is to receive $294 million (€252 million), the Mainz-based company Biontech $437 million (€375 million). In addition, IDT Biologika is now also being considered. The Dessau-based company is to receive $133 million (€114 million) in funding.

Curevac only started Phase I testing of its corona vaccine in June. The basic tolerability of a vaccine is tested on a group of 10 to 30 people. In Phase II, the immune response after injection is tested and the optimal dose is determined. The size of the test groups is usually extended to 50 to 500 persons.

In the final Phase III test with more than 10,000 subjects, the protective effect of the vaccine is controlled. To accelerate development, Phase II and Phase III may overlap. This is also planned for Curevac.

Similar to the Mainz-based competitor Biontech, for example, the Tübingen-based company also specializes in the development of messenger nucleic acids (mRNA). In this novel approach, messengers are supposed to bring genetic blueprints for the production of unimaginably tiny amounts of antigens into the cells. The proteins produced should trigger a defense reaction of the immune system, which should then also protect the body against viruses such as the coronavirus SARS-CoV-2.

Curevac focuses on mRNA with comparatively low doses. The company hopes that this will lead to particularly good tolerability in the test persons. In addition, a low dosage enables considerable volume advantages per batch during subsequent production. *Merkur.de is part of the Ippen Digital network

First published in kreiszetung.de, a third-party contributor translated and adapted the article from the original. In case of discrepancy, the original will prevail.