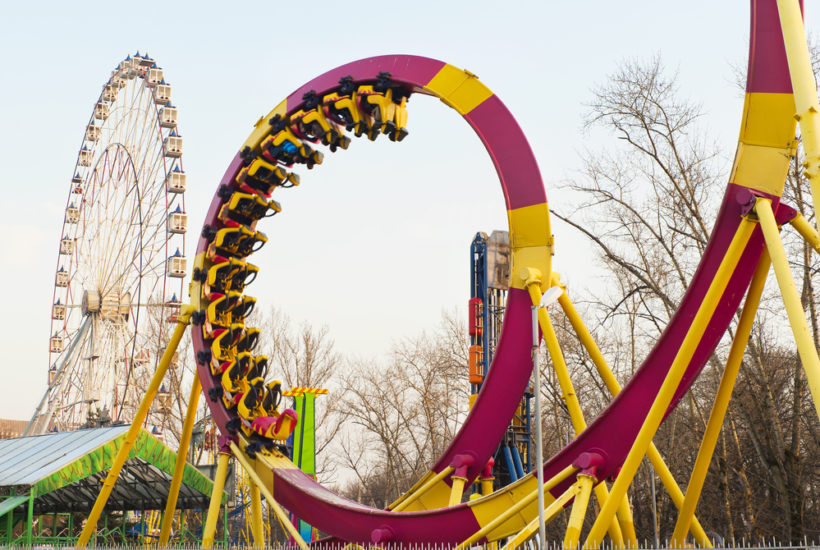 Economic development is the highest priority for a majority of America’s mayors. And, within that category, parks, and recreation is the number one redevelopment priority throughout the country.

There are several reasons, not the least of which is the fact that parks generate an incredible amount of revenue for cities. One source reports that more than $154 billion annually in U.S. economic activity comes from parks. Additionally, citizens want to live near parks and recreation areas.

Cities, however, are also investing in parks because of sustainability goals. The trees, plants, and landscaping help to mitigate the effects of climate change. Innovative designs and landscaping such as wetlands and rain gardens help with stormwater management, and the trees and plants help purify the air.

Philadelphia city leaders recently unveiled a 10-year, $200 million master plan for the redevelopment of an old park in South Philly. The Fairmount Park Conservancy has divided the large project into two phases. The first will involve the creation of elevated boardwalks, a picnic grove, access points for fishing, and restoration of a 40-acre wetland. The first phase will also offer contracting opportunities to expand a creek in the park for kayaking and construction of a public facility on a hill in the park that provides views of the city skyline and its rivers.

Phase II of the Philadelphia project will include the construction of a 3.1-mile trail, a large lawn area for picnicking and events, and the development of clusters of athletic fields – tennis courts, basketball courts, and play spaces.

City officials in Houston have unveiled plans for the redevelopment of a 1500- acre park. The project will be a collaborative initiative that includes the Memorial Park Conservancy (MPC), Kinder Foundation, Uptown Houston TIRZ, and the Houston Parks and Recreation Department.

Houston’s Memorial Park was decimated by the 2011 drought, which destroyed more than half of the park’s trees. After a huge public outcry to rehabilitate the area, city officials allocated $105 million for the project. The first phase of the work includes restored wetlands, a 9-acre picnic space, and 3 picnic pavilions. More work on the park is planned. Upcoming opportunities include a $19 million running complex, a $21.5 million 100-acre memorial for fallen soldiers of Camp Logan (a WWI army training camp that sat where the park is now located), a land bridge connecting the wetlands on either side of Memorial Drive, and $3 million for stormwater management upgrades.

San Diego city officials are in the planning phases for a new downtown park located in the heart of the city’s urban core. With a $46 million price tag, the park project is seen as a way to redevelop a neighborhood that is quickly transforming from office to mixed-use and residential.

Early designs include an 11,000-square-foot multi-use grassy area, plaza and fountain areas, a garden, play area with an interactive water feature and equipment, dog park, and two 900-square-foot buildings for use by third-party food vendors. Plans also call for the construction of a 14,200-square-foot community center and an underground parking structure for 200 vehicles. The city hopes to begin the solicitation process late this summer.

Officials in Cedar Park, Texas, recently approved a master plan for the development of a $21.7 million, 189-acre park on city-owned land. Officials spent over a year gathering input on the park from residents. The final plan includes multi-use trails, sports fields, equipment rentals, a splash pad, wildlife observation area, public art, and a multipurpose pavilion. Funding will be consolidated from various sources, including general obligation bonds, a grant from Texas Parks and Wildlife, the 4B Community Development Board, and the city’s Utility Fund. The entire project is expected to be completed by 2022.

The city of Fort Lauderdale, Florida, is planning a public park to complement the city’s new major league soccer training facility. The park will be sited on public land adjacent to the facility. Plans include a kickball field, dog park, several walking trails, a splash pad, community pool, and a multi-use community center. Bond funds in the amount of $25 million have been allocated specifically for the community park. Voters approved $200 million worth of general obligation funds in the March election earlier this year.

The city of LaFayette, Alabama, plans to expand a 5-acre park into a 50-acre park. Some work has already been done, but city officials propose spending another $6 million on an expansion that will include a festival field, community event center, nature trail, boardwalk, activity field, track and sports fields, and multiple picnic areas. The park is envisioned as a landmark destination for the center of the city.

Voters in Austin, Texas, recently approved $149 million in funding for upgrades of the city’s park system. Approximately $45 million will be used for the acquisition of land and $40 million is designated for building a new pool and renovating or replacing existing pools. Another $25 million is available for park development, $21.5 million for renovations and rehabilitation of existing facilities and assets, and $17.5 million for improvements to playscapes, trails, parking lots, roadways, athletic fields, and facilities.

Columbus, Ohio, has $100 million for parks projects. Fayetteville, Arkansas, has $33 million for park projects, and Oswego, Oregon, has $30 million to spend on parks. Firms with an interest in providing these services will find interested public officials eager to talk.