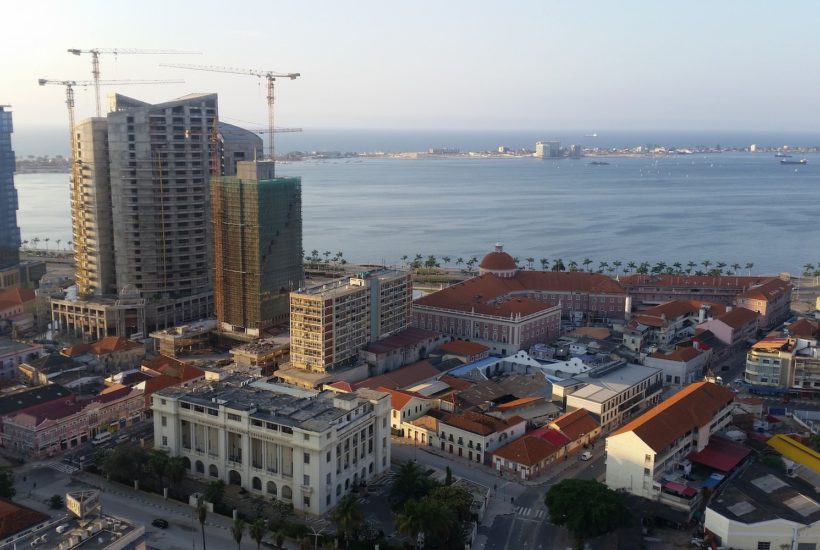 Ricardo de Abreu, the Angolan Minister of Transport, who was speaking during the press conference updating the Presidential Decree on the Situation of Public Disaster, clarified that the flights will be carried out mainly to ensure the repatriation and return home of citizens to their countries.

“It is not a question of the total restoration from the commercial point of view of the aeronautical sector, but of a gradual resumption of the national aeronautical activity, which will be done through the assurance of scheduled flights by the airlines that already have agreements signed with Angola,” said the minister.

The reason for the flights not being totally commercial, he added, is that, on the one hand, they are limited in terms of frequencies, but also by the nature of passengers who will be able to enjoy such regular connections, starting in the coming days.

Read more about the situation of the airline industry in Angola, how the country is slowly reopening its borders, and find the latest economic news with the Born2Invest mobile app.

A pre-boarding test is required for all passengers

Passengers wishing to travel to the country from abroad must, as a condition, perform the PSTN pre-boarding test 72 hours before the flight, and then complete the home quarantine on arrival, and seven days later undergo a new test.

The Presidential Decree on the Situation of Public Disaster excludes the need to present authorization for entry into national territory, but establishes the realization of an electronic record, by providing a link containing the personal data of the passenger.

In terms of domestic flights, the Presidential Decree guides the performance of serological tests, which must be performed at airports of departure where there is a sanitary fence, moments before departure. Despite not having advanced the monetary value to be charged for the test, the Minister of Transport said that each passenger should participate in their payment.

“We are not talking about passengers with travel registration for tourism purposes, but about individuals with eminently specific needs, and also about citizens who, due to the pandemic, are stranded in Luanda and intend to travel to their areas of residence,” said the minister.

He stressed that all measures are being prepared following the guidelines of the international civil aviation organizations, which imposed a set of conditions for all agents of the aeronautical activity to ensure compliance with health and biosafety rules.

In order to ensure the gradual and safe resumption of both national and international flights and economic activity in the country, the Minister announced the establishment of a working group involving not only public sector entities and the civil aviation regulatory body, but also agents of airlines, catering operators and others.

He stressed that in this process of resuming flights, especially international ones, the renegotiation of air cooperation agreements is not being done, but the use of the frequency limits established in them (agreements). The minister also spoke of the existence of a “significant number” of passengers outside the country, with tickets issued. He guaranteed that these citizens will have priority to return to the country without any limitation.

The economic losses of the transportation sector

The minister estimated that at the beginning of the pandemic there was a drop in the order of 66 to 70 percent in the turnover of the civil aviation sector for Angola. “But from the global point of view we had a much more serious situation, 80 percent,” he said.

Airlines, such as airport management companies, air navigation companies and others that provide services within the aeronautical activity were “quite affected” by the pandemic crisis, the minister acknowledged. “It is very expressive for the sector, which is inducing others directly and indirectly, especially the hotel, tourism and other sub-sectors that feel the fall of the civil aviation sector,” he said.

More than 153 new buses in Luanda

The Presidential Decree, according to the minister, establishes that as of today, public transportation at the country level will operate without time limits. In terms of urban mobility, taking into account the challenge of resuming classes, the minister stressed that the increase in the occupation rate in urban public transportation from 50 to 75 percent as of October 1st has been considered.

In the framework of operationality and improvements in urban public transport in the country, the minister guaranteed the delivery, this month, of another 153 new buses to the province of Luanda and 160 to ensure public transport in other regions of the country. The process of delivering the means, he said, will be gradual. “As we receive the means, they will be made available to the provincial governments,” he declared.

(Featured image by bmadeira via Pixabay)

First published in Jornal de Angola, a third-party contributor translated and adapted the article from the original. In case of discrepancy, the original will prevail.