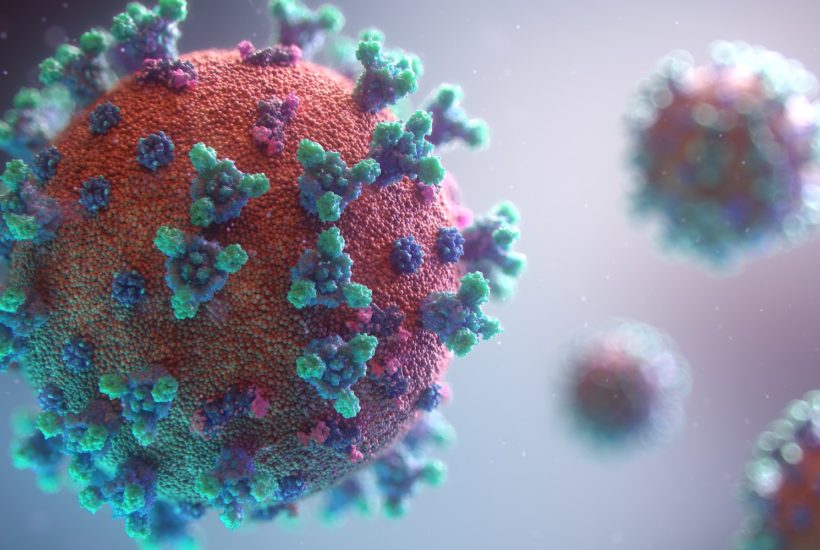 In the dramatic coronavirus crisis, Germany and the U.S. are in dispute over a Tübingen-based pharmaceutical company that is working on a vaccine to end the pandemy.

When asked whether there had been an attempt by the U.S. government to take over the German company CureVac for a very large sum of money, Federal Interior Minister Horst Seehofer (CSU) said in Berlin: “I can only say that I have heard several times today from members of the government that this is true.”

Read the latest research from around the world on vaccine development, biotechnology companies, and more business headlines with the Born2Invest mobile app.

The U.S. president offered CureVac a large sum of money to exclusively secure their work

First, the “Welt am Sonntag” had reported on disputes involving the Tübingen-based vaccine company CureVac. The U.S. President Donald Trump is trying to lure German scientists to America with large financial contributions or to secure the drug exclusively for his country, the newspaper reported, citing government circles in Berlin. According to the report, the U.S. president is offering the company a large sum of money to exclusively secure their work. Trump would do everything to get a vaccine for the U.S.

A high-ranking representative of the U.S. government did not confirm the newspaper report. Upon request, he stated that neither the “Welt am Sonntag” report nor the underlying information was known. According to a report in the newspaper “Mannheimer Morgen,” however, an exclusive contract with the U.S. for a coronavirus vaccine is out of the question for CureVac. “We want to develop a vaccine for the whole world and not for individual countries,” said Christof Hettich, Managing Director and co-founder of the main investor Hopp BioTech Holding.

SAP co-founder and patron Dietmar Hopp and entrepreneur Friedrich von Bohlen are also among the founders and managing directors. Since January, CureVac has been researching a vaccine against the coronavirus. In addition, Hopp is resolutely committed to the company, its employees and its headquarters in Tübingen, Hettich continued.

Germany is “not for sale”

In the ARD program “Bericht aus Berlin,” Federal Minister of Economics Peter Altmaier (CDU) praised the Tübingen-based company for “not being available for the U.S. advances.” This is a great decision and a great position. It was “good news that management has spoken plainly.” Germany is “not for sale,” Altmaier said.

SEE ALSO  How to find and buy dividend stocks for income

The Federal Ministry of Education and Research emphasized that the research there is funded with state money. “Recently, the Federal Government has considerably expanded the financial support for developments,” a spokesperson for Minister Anja Karliczek (CDU) told the newspapers of the Funke Media Group.

The development of the vaccine is being driven forward in particular through the international vaccine alliance CEPI, which is also co-financed by the German government. “CEPI has commissioned the company CureVac, among others, to develop a vaccine,” said the spokesperson. The government is in close contact with CureVac.

“The German government has a great interest in producing active substances and vaccines in Germany and Europe,” said the Funke Media Group quoting the Federal Minister of Economics Altmaier. The ministry had also referred to the provisions of foreign trade law, according to which the Federal Government has the possibility to take a closer look at takeovers of German companies from third countries, “in particular if national or European security interests are involved.”

“Coronavirus is a worldwide problem”

The biotech company assured that a takeover by an American company or by the U.S. is not in the offing. “There is no offer for a takeover,” said Franz-Werner Haas, the board member responsible for production at CureVac. Although there is definitely interest from the U.S. in CureVac’s work, he said, “Coronavirus is a worldwide problem, that’s what we are working for”. Haas added: “Based on the findings from our clinical rabies study, we are confident that we will also be able to develop an active substance against the coronavirus. We hope to be in the clinics by the middle of the year.”

In response to a request by the German Press Agency, the Federal Ministry of Health referred to statements that a ministry spokesman had already made to the newspaper “Welt am Sonntag.” “The German government is very interested in vaccines and active substances against the novel coronavirus currently spreading in Germany and Europe,” the newspaper quoted the spokesperson. “In this regard, the government is in intensive exchange with the company CureVac.” According to the report, the company works in cooperation with the federally-owned Paul Ehrlich Institute for Vaccines and Biomedical Drugs.

SEE ALSO  Is there room in the SPAC frenzy for retail investors?

“The exclusive sale of a possible vaccine to the U.S. must be prevented by all means. Capitalism has limits,” wrote SPD health expert Karl Lauterbach on Twitter. Sharp criticism for the U.S. cronyism also came from the vice-chairwoman of the SPD parliamentary group, Bärbel Bas: “If there is a vaccine, it must be available to everyone. Anything else would be a scandal. A pandemic is about all people, not about “America first.”

Heike Hänsel, Member of the German Bundestag for the Left, wrote: “In view of the rapid global spread of the Covid19 virus, the world must take united action against this disease. The company Curevac is called upon to fulfill its international responsibility.”

First published in Sueddeutsche Zeitung, a third-party contributor translated and adapted the article from the original. In case of discrepancy, the original will prevail.