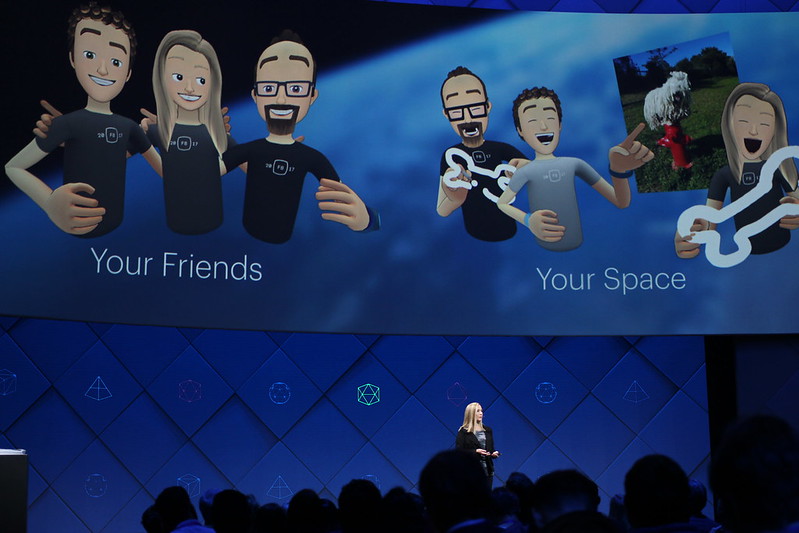 Facebook has certainly implanted itself as a dominant feature in the Augmented and Virtual Reality (AR and VR) landscape. And with good reason. Offering one of the best value-for-money Virtual Reality (VR) hardware offerings on the market, its Oculus headset now has the greatest market penetration of all VR headsets.

Facebook also has something in the range of 10,000 employees currently dedicated to VR and AR. This has helped it maintain a steady cadence of hardware developments. Everything from last year’s promise of Ray-Ban branded AR smart glasses through to its more recently announced wrist-worn AR interface have all helped Facebook maintain its top-of-mind position when it comes to AR and VR.

Newsworthy Today, Just One Of The Pack Tomorrow

With its high level of R&D and early product traction, many investors are now wondering if Facebook should be on their AR and VR investing radar. It is definitely looking well-positioned to play a dominant role in the AR and VR hardware space where it has been concentrating all of its efforts.

However, there are elements of Facebook’s strategy here that work against it as an AR and VR investment bet. The first of these is that its current hardware strategy seems to be based around little more than combining a first-mover advantage with a value for money proposition.

The other major factor working against Facebook as an AR and VR investment play is the potential for its other business operations to dilute any upside potential of the VR/AR market.

Being a first-mover in the AR and VR space, we may intuitively believe that Facebook has an advantage here. Combine this with its value for money positioning, and we might be further tempted to believe Facebook’s in an unbeatable position.

However, while this may well be enough to grab early success—and the strategy has certainly worked until now—it is only a matter of time before competing firms find ways to undercut Facebook’s dominant position here.

To draw a parallel with the smartphone market—which is, ultimately, what AR/VR will eventually replace—no single manufacturer controls more than about 20% of global mobile device sales in any given quarter. The only way Apple has capitalized on its first-mover advantage here is through maintaining its premium positioning, thus enjoying exponentially higher margins on its aggregate hardware sales than other competitors. Had it positioned itself as a value-for-money smartphone manufacturer, the iPhone would be much less of a big deal today.

Augmented and Virtual reality hardware sales are expected to grow at a CAGR of 27% through to 2030. With an estimated $2.4 billion in hardware sales in 2020, the hardware market will hit just under $30 billion by 2030. It’s an impressive growth figure, but a vanishingly small amount when put into the context of Facebook’s overall revenues.

To give some context, Facebook generated $86 billion in revenue at an operating margin of 38% last year. All but about $1 billion of that was through ad sales.

Assuming Facebook can retain 20% of global hardware sales by 2030, we’re now looking at a revenue boost of just $6 billion—a 7% bump over last year’s figures. This will likely be at a much lower margin, too. With component costs already accounting for about a third of Oculus’s retail prices, manufacturing, distribution, development costs, and wholesale discounting are likely to leave a slim profit margin once all is said and done.

Facebook’s efforts here should be seen as nothing more than measures to protect its current revenue streams. With everyone from governments to Google Chrome and Apple iOS tightening privacy controls, controlling a hardware platform would reopen the floodgates for unrestrained user tracking.

SEE ALSO  Why the Upcoming Recession Will Be Unlike Any Other

While this may sound slightly conspiratorial, it should be noted that being signed into a Facebook account is now a requirement for the latest Oculus devices.

Where Is The Real Ar/Vr Growth To Be Found?

Despite the low upside potential in Facebook’s AR/VR play, the potential in this sector is still unarguably huge. Estimates put the overall market size at approximately $1.5 trillion by 2030. Much of this growth will come through software, advertising, eCommerce, and sales of other non-physical goods and services. Hardware will simply be the gateway to it all.
Thus, the real growth for investors will come from companies heavily invested in building and licensing the digital components on which AR and VR experiences will be built. These are companies like Unity and XRApplied (CSE: XRA), which are now positioning themselves to become the go-to names in AR/VR software development.

(Featured image by Maurizio Pesce (CC BY 2.0) via Flickr)