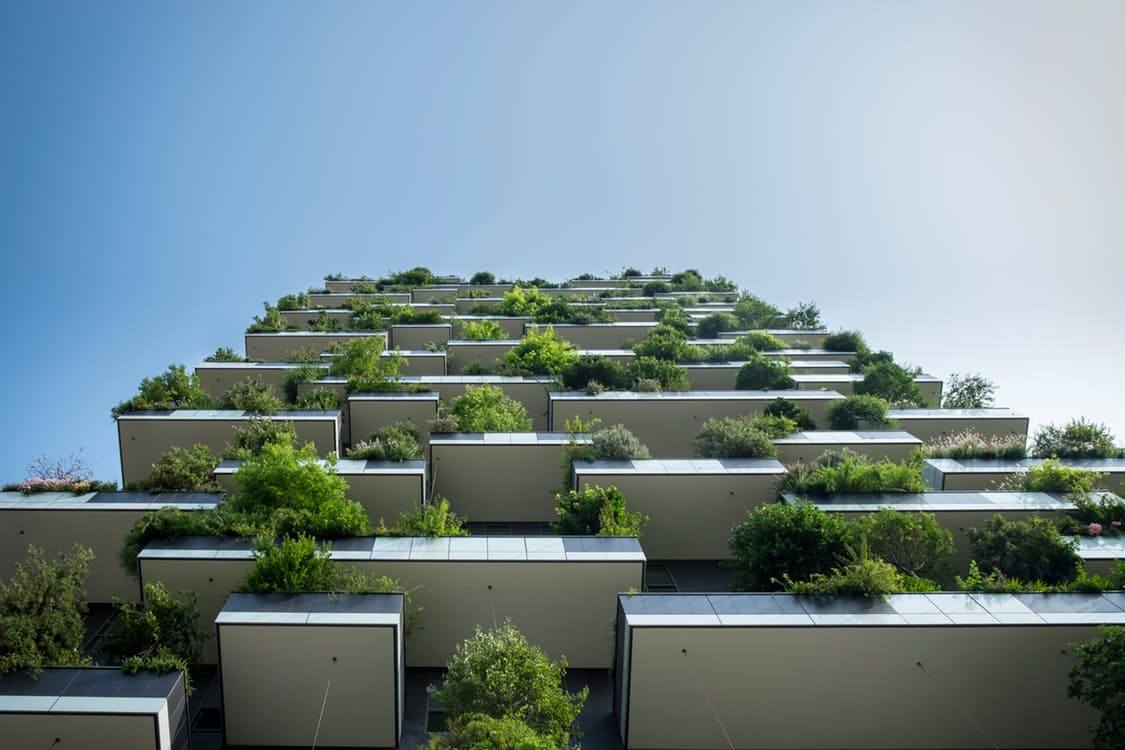 Vertical forests, or Bosco Verticale, is a new sustainable design that is starting to be a real hit in eco architecture.

The tallest tree in the world, a coast redwood named Hyperion, reaches almost 380 feet into the skies over the Redwood National Park in California. On the other side of the world, some other very special trees are part of a project that will eclipse the reach of Hyperion by more than 275 feet.

The trees will adorn the facade of a mixed-use, high-rise building in China that reaches more than 650 feet into the air. They are part of what is called a Bosco Verticale, or “vertical forest.” It is a new architectural design that originated with an Italian architectural firm. These trees, 1,100 of them, along with 2,500 cascading vines and shrubs, are part of a new building concept that addresses air pollution, absorbs carbon dioxide (C02), curbs noise pollution, reduces higher temperatures in the summer and helps insulate against colder temperatures during the winter – all while creating oxygen that is returned to the atmosphere.

The original Bosco Verticale was completed in Milan, Italy, in 2014 as the result of a $2.3 billion public-private partnership – a revitalization effort in the city of Milan. The five-year project featured two mixed-used towers built in Milan’s Porta Nuova district, the city’s main business district. The district had deteriorated over the years and city officials began a massive redevelopment and renewal effort that includes high-rise buildings, a park and other amenities. The vertical forest building offers both residential, retail and commercial space.

SEE ALSO  Why should you build your home according to your highest standards?

Measuring 260 feet and 367 feet tall, the two towers include approximately 800 trees, ranging in height from nine to 30 feet. More than 4,000 shrubs and 15,000 ground cover plants such as vines and perennials are also part of the project. The trees and plants are placed on patios and balconies on ledges that project out over the building facades.

The project includes other sustainability efforts as well, from a gray water recycling and irrigation system to the use of photovoltaic solar cells. The Milan vertical forest was so well received that another was designed in Switzerland and the city of Nanjing, China, is planning one as well.

A resort hotel is part of China’s dual tower vertical forest project and the two towers will house 1,100 trees and 2,500 vines and shrubs. Officials predict that the plants and trees included in the project will absorb 25 tons of carbon dioxide each year, while returning 60 kilograms (more than 1,300 pounds) of oxygen to the atmosphere every day. The tallest of the towers, at more than 650 feet, will include 28 floors of office space, a museum, a “green” architecture school and a rooftop club. The hotel, featuring nearly 250 rooms, will be housed in the smaller, 350-foot-tall tower. An area at the base of the structure will include retail space, a food market, restaurants, a conference hall and exhibition space. The entire area will obviously become a tourist attraction.

Imagine the impact that virtual forests could have on urban communities in the United States. Such buildings could provide great benefits to cities that suffer air quality problems. Less energy would be used by tenants because of the “insulation” provided by the trees and plants and because of the installation of solar panels to generate power. Water usage would be curbed when gray water is recycled and used for maintenance of the plants.