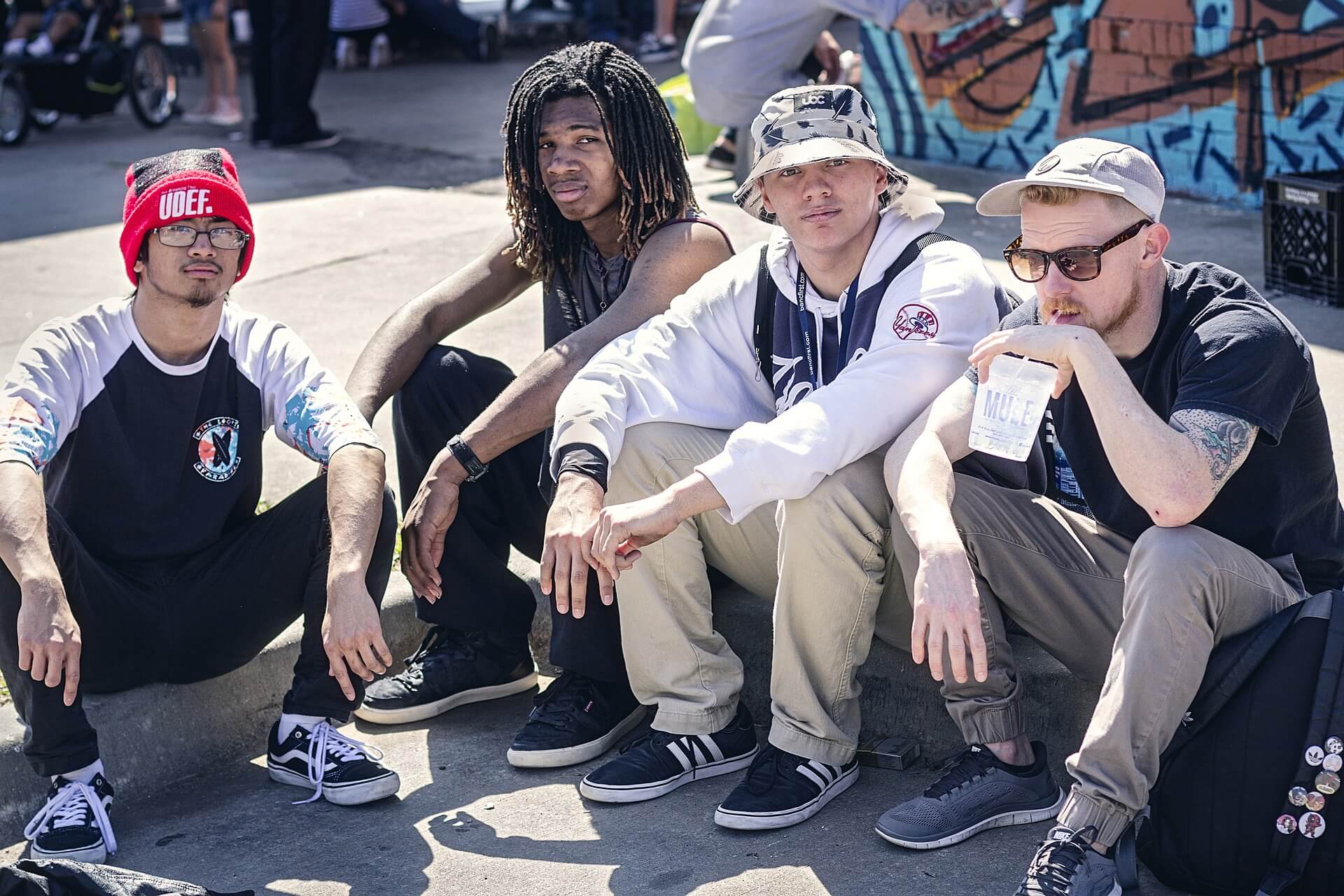 A new generation emerges into the workforce, and with it comes revolution—be it technological, social, or political. They have fresh new ideas and their own, unique values, which grow to dominate as the older generation filters into retirement.

That’s part of what’s going on today in America, where extreme divisiveness and racial stresses threaten to tear us apart. (Another part is that this is all part of a larger 250-year revolutionary cycle, and an 84-year populist movement cycle, to name just two.)

The last time we experienced such tensions was from the late 1950s into the 1970s, right as the Baby Boomers were flooding into the workforce. That was the heyday of the civil rights movement, with its protests and occasional violence.

Ultimately, these generational revolts result in progress and increased cohesiveness, but that’s hard to see while we’re living through the upheaval.

Last week I woke up to a great interview on CNN with a reformed white supremacist, Frank Meeink, from outside Philadelphia. With a history of violence, he eventually landed in jail. There he ended up befriending many black men and members of other minority groups.

And guess what? He discovered that they were human too, and had many of the same challenges as he did.

Then, when he was released and struggled to find work, a Jewish furniture dealer was the only person who would give him a chance. Reformed, today he preaches about the need for us to build bridges between races and socioeconomic groups. 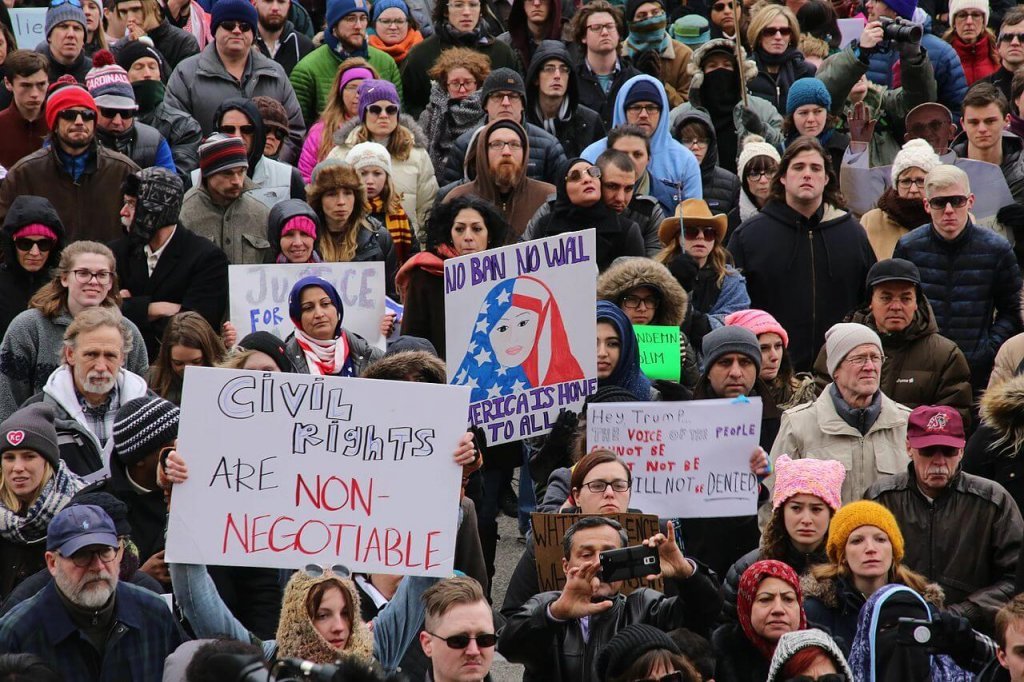 Issues in race and divisiveness are once again under America’s spotlight. (Photo by Paul Sableman via Wikimedia Commons. CC BY 2.0)

During the interview, he explained why fringe groups like white supremacists exist. He said it’s all about fear: fear of your life being taken away from you by the government, fear of losing your job to an immigrant or foreign worker, fear of your right to own a gun being denied. That creates deep anger, and that can lead to violence.

Once you become part of a white supremacist group you separate yourself from everyday people and your prejudices only grow more entrenched. You end up in your own “bubble” of thinking.

Fareed Zakaria recently interviewed a scholarly expert, Mark Lilla. He said that one of the greatest challenges to building bridges is that the protesting groups believe that no one can understand them because they don’t walk in their shoes. This view only creates more divisiveness.

It’s all self-perpetuating, but not unsolvable

Dissatisfied ethnic socioeconomic groups need to build bridges by linking their strife and issues to principles that are common, just like Obama did in the most popular tweet ever after the Charlottesville incident.

Quoting Nelson Mandela, he wrote: “No one is born hating another person because of the color of his skin or his background or his religion.” That links to one of the deepest founding principles of this country: “All people are created equal.”

Germany showed that you can have a reckoning with the facts and history. There are no statues of Nazi leaders. Not Rommel. Not Hitler. Instead, there are memorials to the murdered Jews. And there are clear prohibitions against swastikas and hate speech. 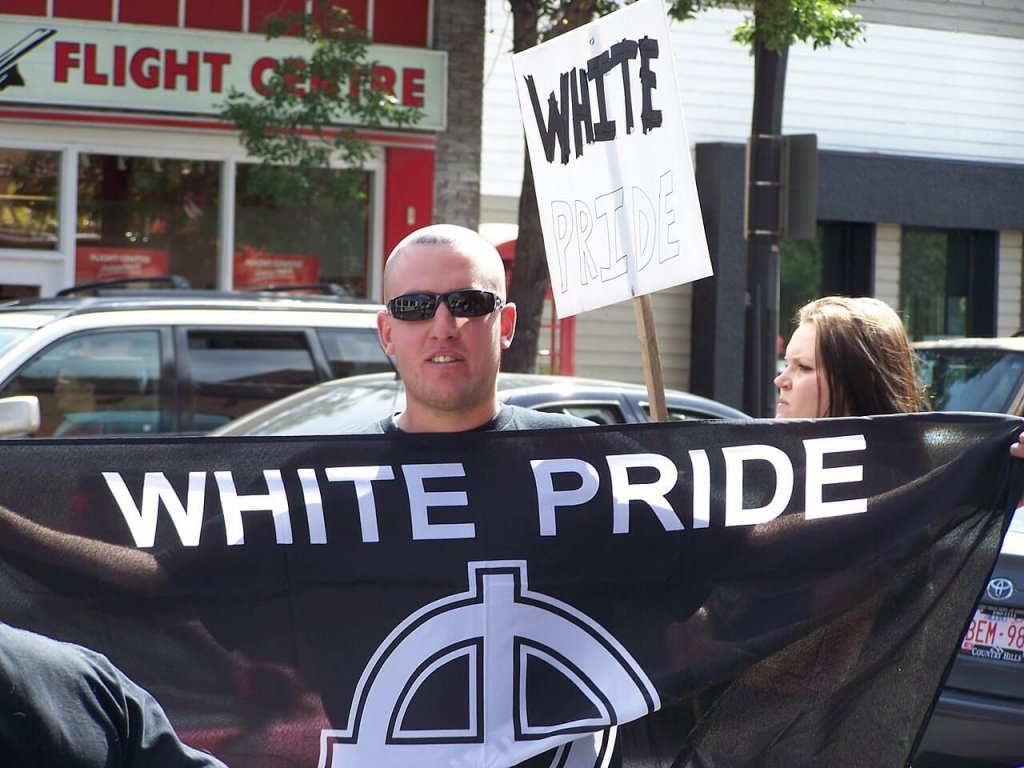 According to Frank Meeink (not pictured), white supremacist groups exist because of fear that came from losing rights and jobs to a different race. (Photo by Robert Thivierge via Wikimedia Commons. CC BY-SA 3.0)

And, there was a great visionary at the macro political level—Lee Kuan Yew, the former Singaporean Prime Minister—who solved the racism problem in modern-day Singapore before it could get out of hand.

Although Singapore became a British colony in 1819 under Sir Stamford Raffles, Lee Kuan Yew became its true founding father as he brought it to independence in 1965.

He had two clear and opposite driving principles: meritocracy (capitalism and innovation) and racial integration (democracy and inclusiveness), just as the founding fathers did in America in the late 1700s.

The greatest presidents in the last century were also leaders who had a clear ideology and guiding principles. Teddy Roosevelt. Franklin Roosevelt. Kennedy. Reagan.

Lee Kuan Yew saw the importance of such a globalized and high-trade city to have English as its first and official language, despite the overall dominance of key Asian languages like Tamil (India), Malay, and Mandarin. The first time I went through the Singapore airport all the signs were in English. Nothing in local language subtitles! Where else do you see that?

He designed Singapore to force racial integration in neighborhoods and sectors. As the case of Meeink proved, when people are forced to live close together and cooperate for the common good of their neighborhood, they realize the humanness of everyone. I doubt there is a more diverse major city in the world than Singapore, and it doesn’t suffer any substantial racial problems.

It leaped from the third world to the first world in one generation!

Maybe we could learn a thing or two from Singapore in this time of extreme racial division in our country (and much of the world).