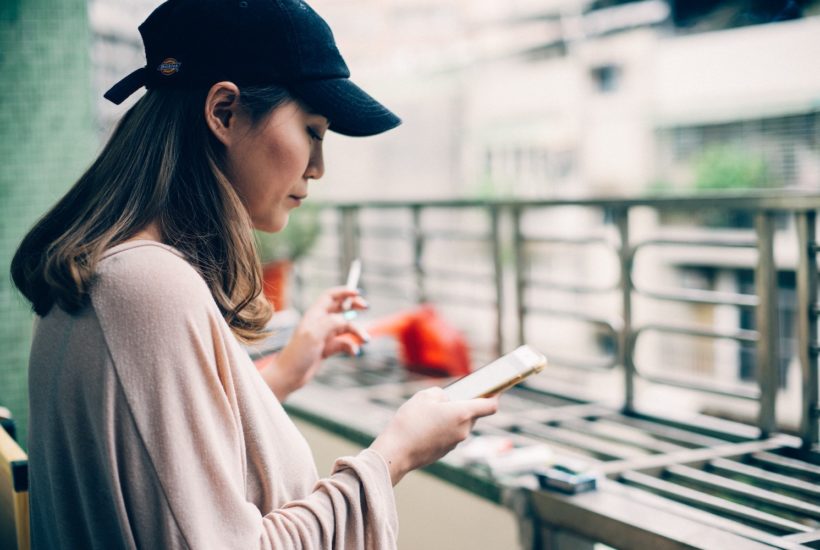 An intensive health campaign started to reduce electronic cigarette consumption in the USA. In Seattle, in one of the oldest and best establishments in the city, Have a Heart, vape devices are among the least sold products. The attendant explains that this happened quite recently. The product was a hit between 2018 and 2019.

Hemp.im is a mobile application that collects the latest happenings on medical and therapeutic cannabis in the world. Read the best cannabis news and lifestyle information with our mobile application and find medical cannabis studies, legalization updates, and other compelling cannabis content.

A regular customer of the store, a 40-year-old Brazilian, who didn’t want to identify himself, said he used to buy vaping devices for THC – it can also be used for CBD and nicotine. There was so much “news about a lung disease caused by the device” that he left it aside. So he bought back the traditional marijuana cigarette. “I got scared. I’m calling that there’s a risk,” he said.

Seattle is the largest and most populous city in the state of Washington – whose territory registered a drop in consumption from 19% in August, to 10.8% in December. The U.S. government was quick to publicize the risks faced by the population when using the vape shortly after a series of emergency admissions.

The accessory emerged as a resource indicated by doctors to patients who wanted to stop smoking. In September 2019, the number of hospitalized people with vape-related lung problems reached 220 – a peak in the year’s statistics.

The first recorded case was that of a young man, who arrived at the hospital with vomiting, cough, abdominal pain and difficulty breathing. After many analyses, the doctors discovered that the patient used a vaping device, sometimes with THC, sometimes with nicotine. The last resort, to prevent him from dying, was to connect him to an artificial lung. The boy survived and became the subject of an article in the New England Journal of Medicine.

By February 18th, 2,807 people had been hospitalized in 50 U.S. states, the District of Columbia, Puerto Rico and the Virgin Islands. Out of the total, 68 patients died. According to the CDC, 82% used to vape with THC and 57% with nicotine. Of the patients reported, 78% purchased the product on the black market.

The main problem with vape devices

The researchers found vitamin E acetate in the patients’ lungs. The substance is used to dilute THC and thus increase the profits of those who sell it. As THC is not legalized, the liquid placed in the device may contain any type of substance. Vitamin E acetate is a supplement placed in food, but when inhaled it causes lung diseases.

What are electronic cigarettes?

Vapes and e-cigarettes are small devices that heat a liquid, turning it into an aerosol to be aspirated. They can contain nicotine and THC or CBD oils, with additives and flavorings.

DEFs are mechanical-electronic devices powered by lithium batteries. Their interior is composed of a space for the cartridge or refill insertion, where the liquid nicotine is stored, available in concentrations ranging from zero to 36 mg/ml or more, in some cases.