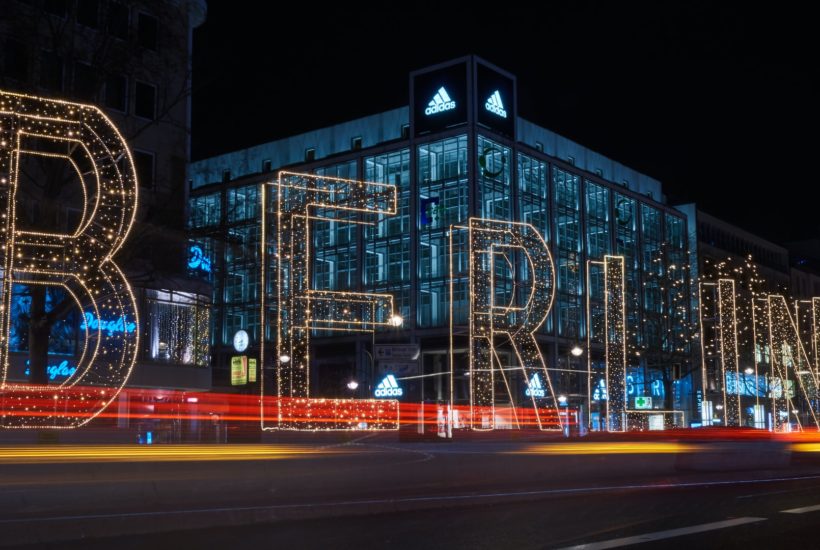 Last week, highly touted Berlin-based fintech company Elinvar published its 2019 financials in the German Federal Gazette. It was only the wealth management digitizer’s third full fiscal year ever, an age when other promising financial startups like to double or even triple their earnings.

At Elinvar, however? None of the above. Instead of an increase, the P&L spat out a decline in commission income. $1.24 million (€1.02 million) compared to $1.47 million (€1.21 million) in the previous year, a drop of a good 15%. And yet a “further increase in commission income” (as stated in the previous year’s financial statements) had clearly been calculated for 2019. None of this sounded good

But then came Thursday of this week. And the supposed no-performer Elinvar went public with big news. The Berlin-based company has raised a further $30.4 million (€25 million) from investors. The financial investor Toscafund is among the backers. In addition, Goldman Sachs and Finleap, the former fintech company that Elinvar launched at the end of 2016.

Including earlier fundings, the total financing for Elinvar now amounts to more than $60.8 million (€50 million). On the valuation, there were no indications. However, it would not be surprising if this would be in the nine-digit range by now, i.e. more than $121.7 million (€100 million).

Read more on the subject and find other important finance news with the Born2Invest mobile app.

The business model (or at least: the original business model) of Elinvar can be compared remotely with that of the Munich-based robo advisor Scalable Capital. Unlike the Bavarians, the Berliners do not operate a B2C business. In the B2B market, however, the two do sometimes get in each other’s way. Elinvar is (or at least was) something of a robo advisor, i.e. a digital asset manager. Albeit strictly in whitelabel mode.

Soon after its launch at the end of 2016, Elinvar attracted attention with remarkable mandates. “M.M.Warburg & CO implements digital asset management ‘Warburg Navigator’ together with Elinvar,” was the headline of a press release in June 2017. It was followed six months later by the news: “Donner & Reuschel will use Elinvar’s digital platform for its entire securities business with private clients.” A third well-known institution also relied on the services of the Berliners, namely Fürstlich Castell’sche Bank. It seemed as if Elinvar had quickly found its place in the German financial landscape – namely as a digitization helper of old and sometimes venerable private banks.

And on top of that, it seemed as if the Berliners had even secured an absolute top-notch mandate. In the spring of 2019, DKB Board Member for Private Customers Tilo Hacke said that the bank had “decided to cooperate with Elinvar in the area of digital asset management, which we will offer to our customers before the end of the year.

But that did not happen. At least not until now

In fact, the wave of success stories then also ebbed. For 2019, there is not a single announcement of a new partnership in the news archive on the Elinvar website. The only announcement in the entire year is that of the financing round at the time, which was already worth $18 million (€15 million) (incidentally, also with the celebrity investor Goldman Sachs). Should that be it already?

The 2019 financial statements admit at one point that the “planned growth in earnings” was “not realized as planned.” Which clearly sounds like a missed target. However, just a few paragraphs later, there is talk of “consistent earnings being accepted” in fiscal 2019. Which no longer really sounds like a missed target. Rather, it sounds as if management has consciously accepted the decline.

In fact, this is exactly the impression the degree aims to convey:

“Due to the adjustment of the price model that took place in 2019, commission income is no longer a significant financial performance indicator.”… it said at one point. The next two sentences are: “In the past fiscal year, the company concentrated on expanding the performance of the platform. As a result, the planned increases in income were not realized as planned. “

… and a little later the passage with the “accepted income” follows:

“As part of the investment in expanding the performance of the platform, constant income was accepted in 2019 in order to lay the basis for significantly higher growth in the future.”

If you talk to those responsible, the following picture emerges (we’ll paraphrase it as we understand it):

Elinvar started with a “narrow scope”. Digital asset management. But then came the rather extensive Donner-Reuschel mandate. And actually that went beyond the narrow scope . It was always clear: only digital asset management – that would be too little in the long run. However, “duration” was translated more like three to four years. But now it became clear after just one or two years that the offer would actually have to be broadened.

No, no, no pivot! But, as I said: a broadening of the business model. More platform. More added value. But also more investment and temporarily less focus on sales and income. At some point, this step might have come anyway. Now it was just preferred.

What exactly this broadening consists of is not easy to understand if you don’t really know your way around wealth management (which unfortunately we don’t). Roughly speaking: Elinvar now includes at least the following disciplines in addition to online asset management (i.e. in addition to the original core discipline):

The appropriate keywords for this are: “Multi-client capability”. “Open platform”. “Infrastructure.” That is what Elinvar wants to stand for now. And not for “white label robo advice”. More Solaris. Less scalable. “Assets under administration” or “administered assets” are now referred to in the annual report, no longer “managed assets”. Which, if we understand correctly, has also been accompanied by a fundamental change in the pricing model (which in turn is said to have contributed to the decline in sales). Instead of purely based on the assets, the pricing is now more broadly based, including basic fees for using the platform and fees for service packages.

The price for the pivot, which is not a pivot, is not only reflected in modest income (by the way, the company does not give the slightest indication of the 2020 income), but also in a conspicuously high capital requirement. Cashburn in 2018? 4.1 million euros; Cashburn in 2019? 7.7 million euros. Cashburn in 2020? According to the forecast, again in the “higher single-digit million range”.

Can this go well? Elinvar is convinced of that. And obviously not just there. Because not only the height of the current lap is an exclamation point. But also that Toscafund, a lead investor who is not known as an all-or-nothing investor, has joined the existing investors.

And, by the way: As you can hear, the thing with the DKB could materialize again at some point.

(Featured image by Levin via Unsplash)