In the ancient times, there was no better way to show off your wealth and power than by building lavish castles. No matter if it was constructed for defense of the enemy’s army or just as a summer retreat, they always give an impressive and splendid feeling of magnificence.

From Romania all the way to Spain, Europe is a home to many beautiful castles that stand as a proud extravagant reminder of the rich history of the old continent. Sometimes romantic, sometimes frightening, these fortresses are sure to awake the sense of wonder and melancholy for the old times.

These are some of the most spectacular and breathtaking castles you can visit on your next trip:

The Bran castle is located in the Transylvanian region of Romania and it’s believed to be the home of the world famous Dracula. Whether just a myth or a real occurrence, this beautiful castle is surrounded by an aura of mystery and legend and was built around 1212. Today, it is a museum open to tourists that displays furniture and art collected by the Romanian Queen Marie who lived there from 1920 to 1957. 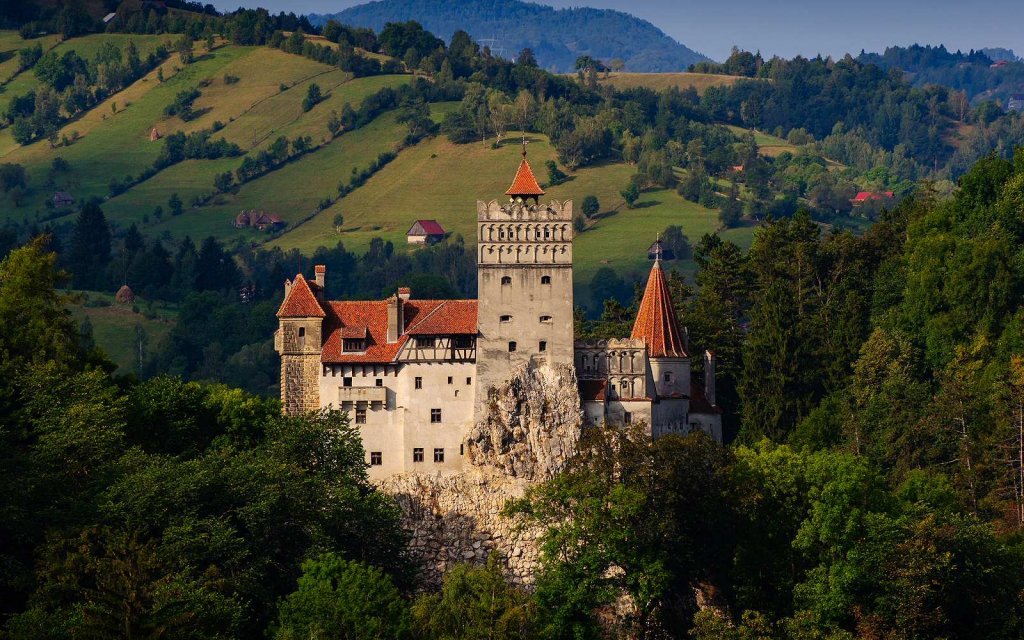 This fairy tale castle was build in Bavaria by King Ludwig II in 1886. It’s the most beautiful and most visited among the palaces in all Europe, with 1.4 million tourists every year. The setting and surrounding of the Romanesque Neuschwanstein could not be more idyllic, high on the Alps in a magnificent landscape. The picturesque look of this castle even inspired Walt Disney to create the Magic Kingdom. 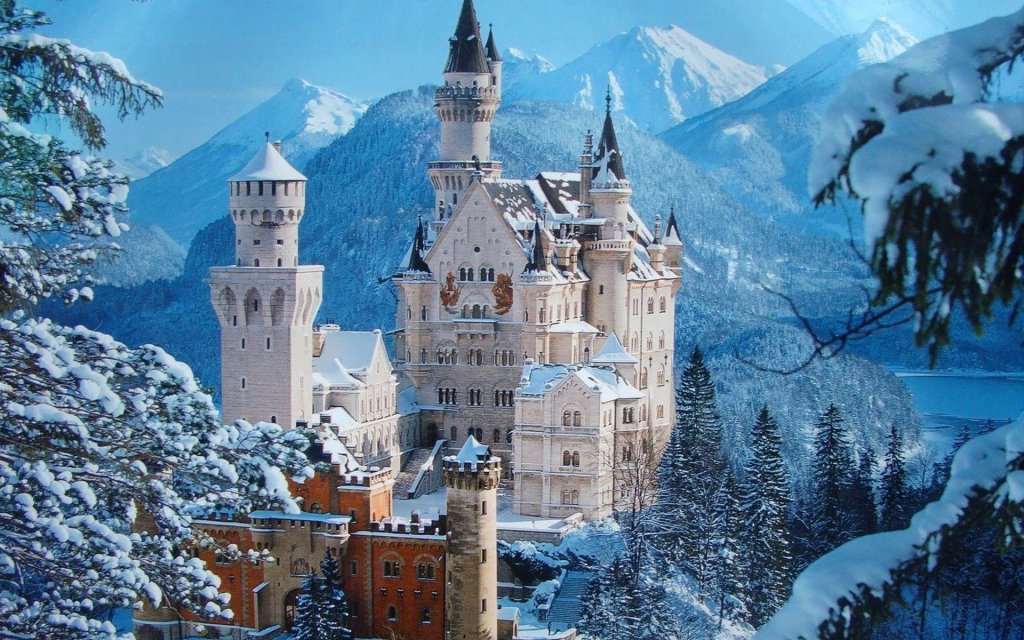 The Neuschwanstein Castle in Germany. (Source)

The Kilkenny castle is a 12th-century palace remodeled in Victorian times but originally built in 1195. It represented principal Irish residence of the influent Butler family for almost 600 years. In 1967, the entire property was transferred to the town of Kilkenny. The castle, as well as the stunning grounds, are being managed by the Irish Government office ever since, and it’s open for visitors.

The Kilkenny Castle in Ireland. (Source)

The Alcázar castle is located in the beautiful old town of Segovia on top of the Guadarrama Mountain. It has a unique shape of a ship’s bow. Built by the Emperor Alfonso VIII in 1120, it was first used as a fortress, and throughout the years as a Royal College, state prison, and a military academy. The breathtaking Alcázar of Segovia was one of the favorite residences of the monarchs in the Middle Ages, and now it represents one of Spain’s most visited sites. 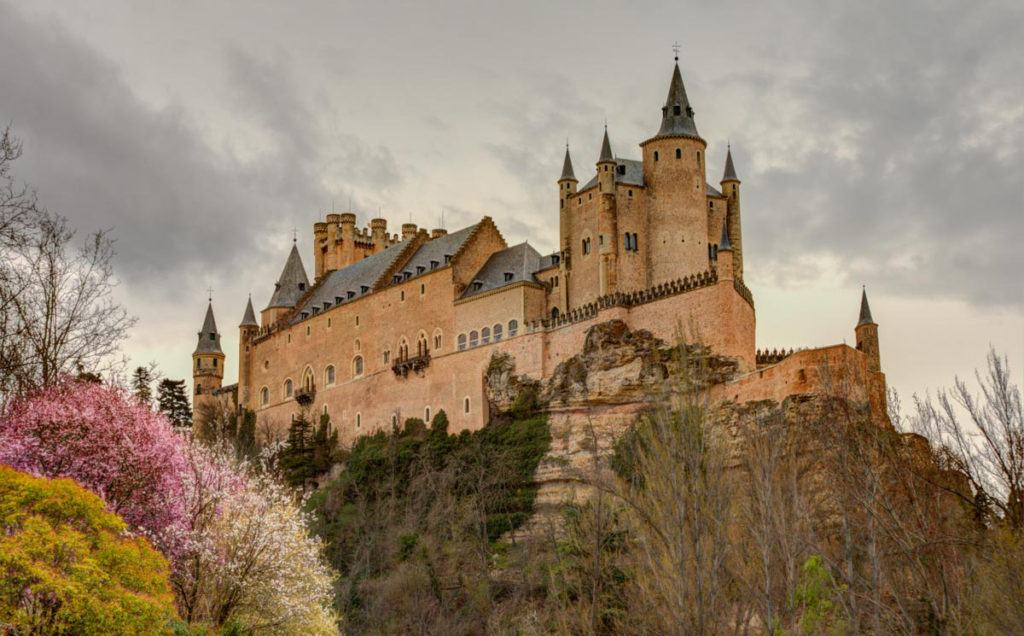 The Alcázar of Segovia Castle in Spain. (Source)

The Egeskov castle can be found in the island of Funen in Denmark. It’s considered as one of Europe’s best-preserved water castles. Built in 1554 by Frands Brockenhuus, it was mainly used as a defence fortress and later on as a residence for wealthy families. With a late gothic exterior and original renaissance design on the inside, this castle museum is definitely worth seeing when travelling in Denmark. 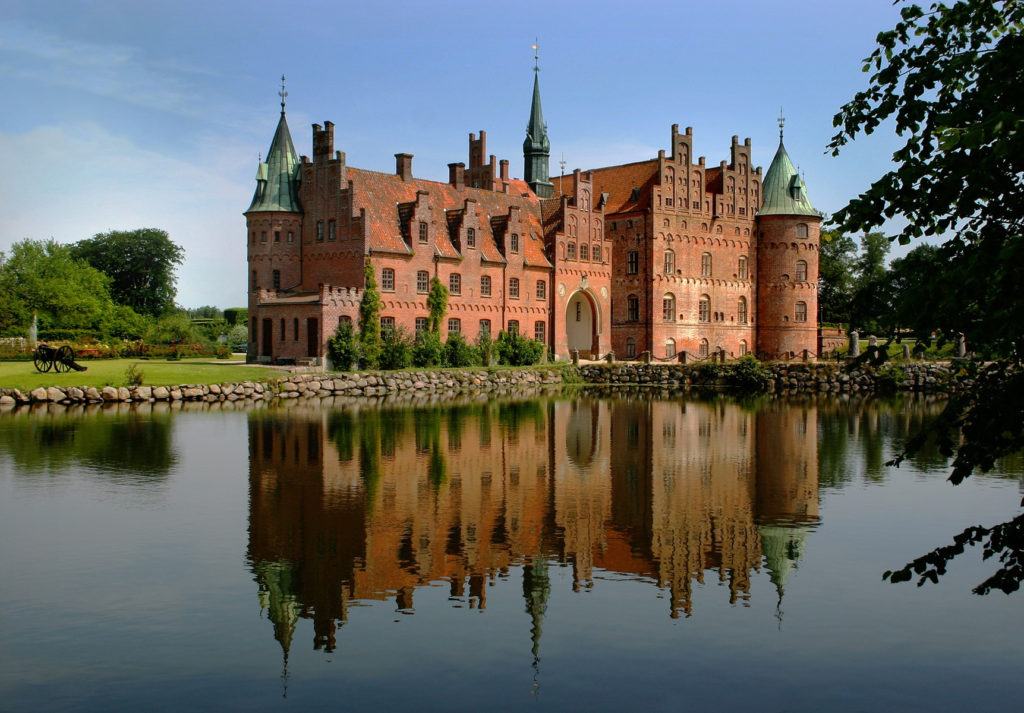 The Egeskov Castle in Denmark. (Source)

You can find the medieval Bodiam castle in East Sussex countryside surrounded by picturesque sights. Built in 1385 by Sir Edward Dalyngrigge, a famous former knight of Edward III, its main purpose was to protect against the French armies. Even though its prime purpose was not aesthetic, it’s still considered as one of the most beautiful palaces in England. Today, it is operated by the British National Trust, and it’s open for public and tourist visits. 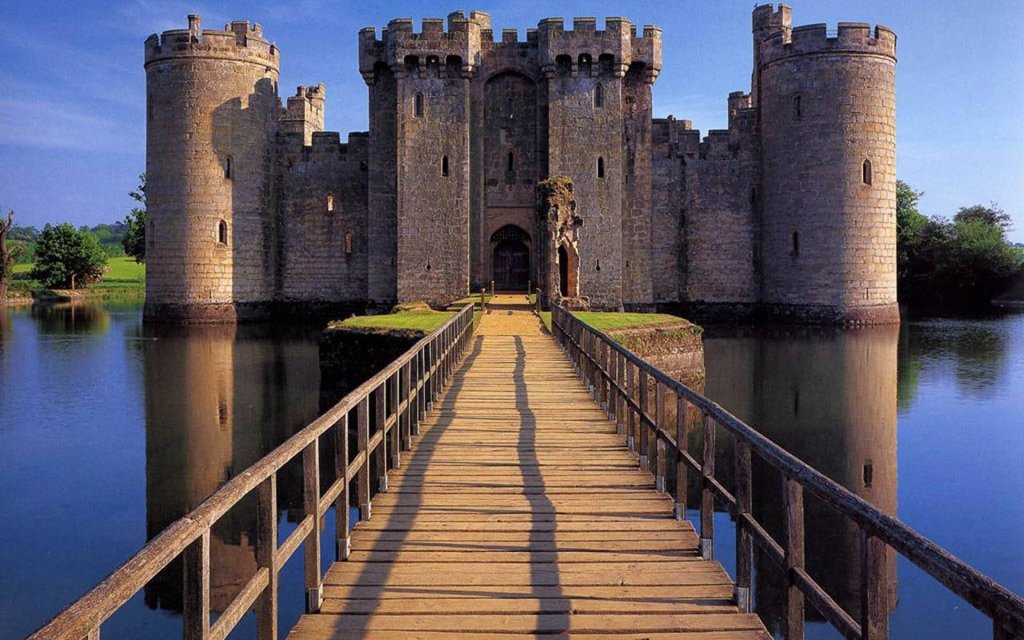 The Bodiam Castle in England. (Source)