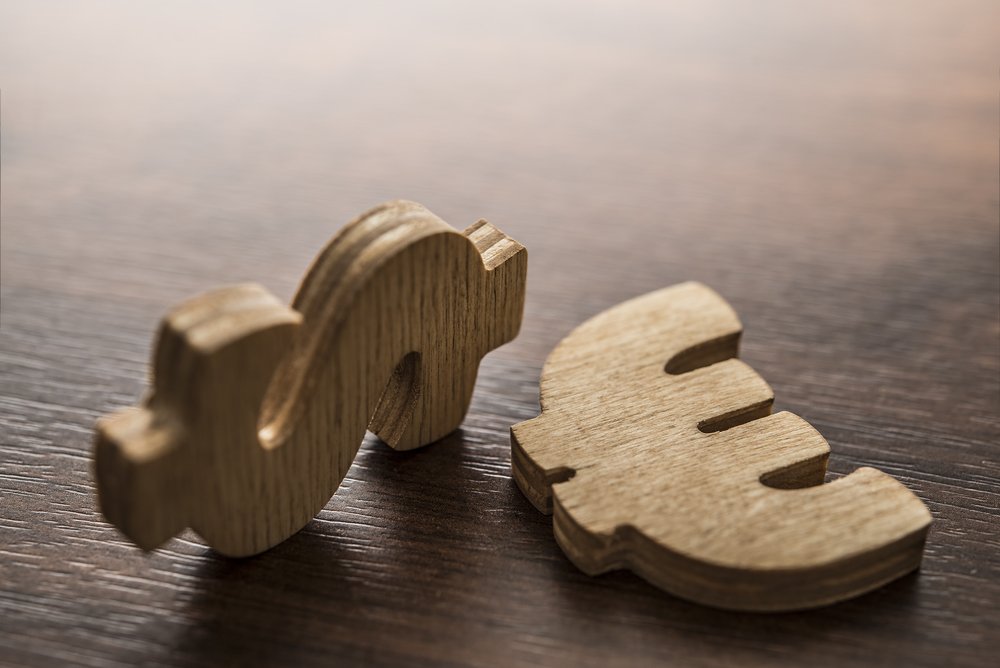 As the new year dawns upon us, most of you might be busy with new year resolutions and what not. As a trader, a lingering question might be about what’s in store in the currency markets this year.

With the world ringing in 2019, the year gone by has been dynamic, to say the least. Giving credit where it’s due, traders might have come across a year that was so unique that a tweet could change the direction of the markets.

Yes, we are talking about Mr. Trump and his banter, ranging from the U.S. dollar being too strong to his outright displeasure with the Fed Chair Jerome Powell to numerous other things, including trade wars and lower oil prices.

The global markets panicked of course, from Mexico and Canada to as far as Japan and even Australia at some point.

Thus, as a result, the markets settled into the view that global trade uncertainty was going to hit the markets. And so, it did! Inflation turned weaker and growth sputtered save for the second quarter GDP figures from the United States.

The hawkish rhetoric was followed by action from central banks such as the Fed and the Bank of Canada as well as the European Central bank which ended its QE program. The markets were seen to be ranging for the most part during the second half of last year, but still, there was a fair amount of familiarity when it came to the EURUSD forecast.

On a macro level, one might think that the euro currency has gone nowhere in recent times. It did get a bit frustrating, especially if you pulled up a four-hour chart time frame and looked at the price. Certainly, last year might have been the most boring for trend traders as far as the EURUSD market was concerned.

As 2018 picked up steam, the EURUSD forecast given here for the year, outlined the groundwork for what was to come. The common currency did rally, bang into the target of 1.2297 – 1.2237 before it reversed course and reversed gains, falling back to the identified support level of 1.1241.

As mentioned in the forecast, “Regarding the EURUSD 2018, price action suggests that we could expect to see the currency potentially marking a correction off the key level of 1.2297 – 1.2237 region unless the breakout coincides with strong fundamentals. The breakout from the descending wedge pattern from last year suggests a pull back to 1.1241.”

And here is the chart showing the EURUSD 2018 price action in a recap.

A bit of consolidation saw the euro rising briefly to 1.2500 level before easing off the highs and settling into a range for a few months before giving up the support in mid-April. After all, the euro did manage to maintain the gains in the first quarter, as noted.

With the euro staying around the 1.1300 level at the time of writing, the bias is building to the upside. However, personally I would like to see a firm retest of the 1.1250 (average price) level, but it is just as likely that we might see price testing this level.

With the bias to the upside, the common currency has a lot of room to cover. There is a high chance that the euro will be testing 1.2250 level by the middle of the year. We need to see a convincing breakout above 1.2250 level which will then open the way for further gains to 1.3300 level at the very least.

Mind the falling trend line which has remained in place since late 2008. Breaking this trend line might be that easy, especially as it also coincides with the horizontal resistance level.

Still, regardless the bias is to the upside that the common currency will indeed breakout higher. A little bit more bullish close on the euro on the monthly chart could potentially signal the move to the upside.

Keep an eye on the next main target of 1.3300 level which could be tested o a successful breakout above 1.2250.

To the downside, there is a risk that the euro currency could slip to 1.08250 level. A breakdown to this level will mark a retest of the breakout price from the falling wedge pattern. However, for this to occur, keep an eye out on 1.1510 where resistance sits.

Expect the upside bias to take hold if this level is breached strongly, else we could expect to see consolidation at the current levels around 1.1200 with a potential for a breakdown to 1.0825 region.

From a fundamental outlook, the above bias indicates that the U.S. dollar might be heading lower over the course of the year. There are plenty of catalysts. For one, the 90-day truce with China will come to an end around March 2019.

At the same time, we also have the Brexit deadline which could see the euro currency serving as a safe haven in the regional economies. The ECB has maintained that it would not be looking at rate hikes until the middle of 2019.

Inflation has weakened, with the upcoming flash estimates suggesting that consumer prices eased to 1.9 percent, while core inflation still remains well below the ECB’s 2.0 percent inflation target rate. Growth in the Eurozone has eased over the past year. Economists attributed this to temporary factors and expect to see a pick up in activity over the coming quarters.

If this could be true, it would certainly be supportive of the euro currency.

Most importantly, the big uncertainty will be the ECB’s change of guard in October 2019 when the incumbent, Mario Draghi who oversaw the Eurozone’s monetary policy since the financial crisis and other major issues such as the Greek sovereign debt crisis will retire.

While it is still too early to speculate on the next ECB central bank chief, one can be sure that there is a high chance that the new incoming ECB president will be more inclined to turn hawkish than dovish.

Inflation in the United States has eased but at the same time growth is also expected to slow in the coming months. Question is whether the second quarter 2018 GDP growth was just a flash in the pan. The eurozone’s GDP still has a long way to catch up to the growth rates of the U.S.

The year ahead opens to a lot of uncertainty and questions remain on whether we are experiencing the late cycle in the economic boom phase. Talks of a recession are starting to make noise, but no one really knows for sure.