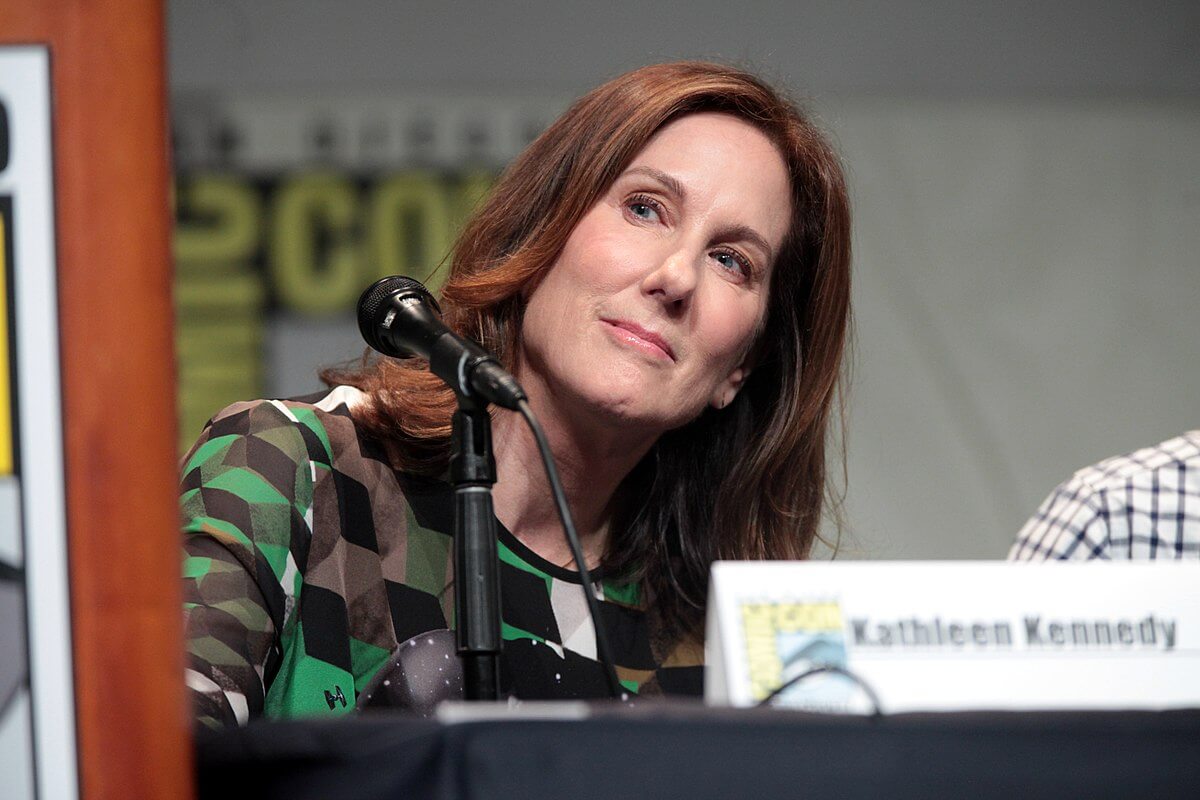 Kathleen Kennedy is one of the few female film producers in Hollywood, and perhaps the most prominent one. A veteran in her field, she has produced over 60 films, with popular movie franchises such as “Back to the Future,” “Jurassic Park,” and “Star Wars” in her repertoire.

Kennedy is seen as one of the most influential and powerful women in media and entertainment. And when The Walt Disney Company successfully acquired Lucasfilm, the production company behind the aforementioned “Star Wars” and “Indiana Jones,” for more than $4 billion in 2012, she became its president. She replaced Micheline Chau, who was also the studio’s chief operating officer, after her 20-year stint.

Born on June 5, 1953, in the city of Berkeley in California, Kennedy spent her childhood and teenage years in Redding, California, and she finished high school at Shasta High School. She then studied film and telecommunications at San Diego State University.

Following her college graduation, the young Kennedy made her first step into the entertainment industry at KCST. At the San Diego-based television station, she worked in multiple roles such as a camera operator, floor director, news production coordinator, and video editor. She even managed to produce a talk show called “You’re On” for the station for four years, and after her producing stint there, she relocated to Los Angeles.

Kennedy entered the film industry when she became the assistant of writer-director John Milius while working on prolific director Steven Spielberg’s period comedy film entitled “1941.” During this project, she made an impression to Spielberg and later became his assistant. She was then made as an associate producer on the first installment of the “Indiana Jones” franchise, “Raiders of the Lost Ark,” released in 1981.

The said project was also where Kennedy met her future husband Frank Marshall, who was the producer of the film. In 1984, the three established a new production company named Amblin Entertainment. She was the president of the studio until 1992, and throughout her time as Amblin’s president, she executively produced, along with Marshall and Spielberg, the “Back to the Future” trilogy, which was all directed by Robert Zemeckis.

SEE ALSO  Will gold and silver continue their upward trajectory?

When “E.T. the Extra-Terrestrial” was released in 1982, Kennedy was fully credited as a producer. And even after leaving Amblin to form The Kennedy/Marshall Company with her husband, she continued working with Spielberg in producing “Jurassic Park” and “Schindler’s List,” both released in 1993.

The first film of The Kennedy/Marshall Company is “Alive,” a 1993 survival film that Marshall directed. The studio acquired more recognition when it produced “The Sixth Sense” in 1999. The horror film starring Bruce Willis and Haley Joel Osment in lead roles and directed by M. Night Shyamalan received numerous awards and nominations, including an Academy Award for Best Picture nomination and a Best Supporting Actor for Osment.

Other films that the couple’s production company produced include “The Bourne Identity,” “The Bourne Supremacy,” “The Bourne Ultimatum,” “Signs,” “War Horse,” “Lincoln,” “Sully,” “The BFG,” and “Assassin’s Creed.”

In May 2012, a few months before becoming Lucasfilm’s president, Kennedy resigned from her position at The Kennedy/Marshall Company, leaving her husband as the principal of the studio.

As the president of Lucasfilm, Kennedy oversaw the development of the new “Star Wars” films, and she handled such a behemoth responsibility with grace as “The Force Awakens,” the seventh main entry in the beloved franchise, earned over a total of $2 billion in the global box office. The film also solidified the careers of young actors Daisy Ridley and John Boyega, who were also new to the franchise. 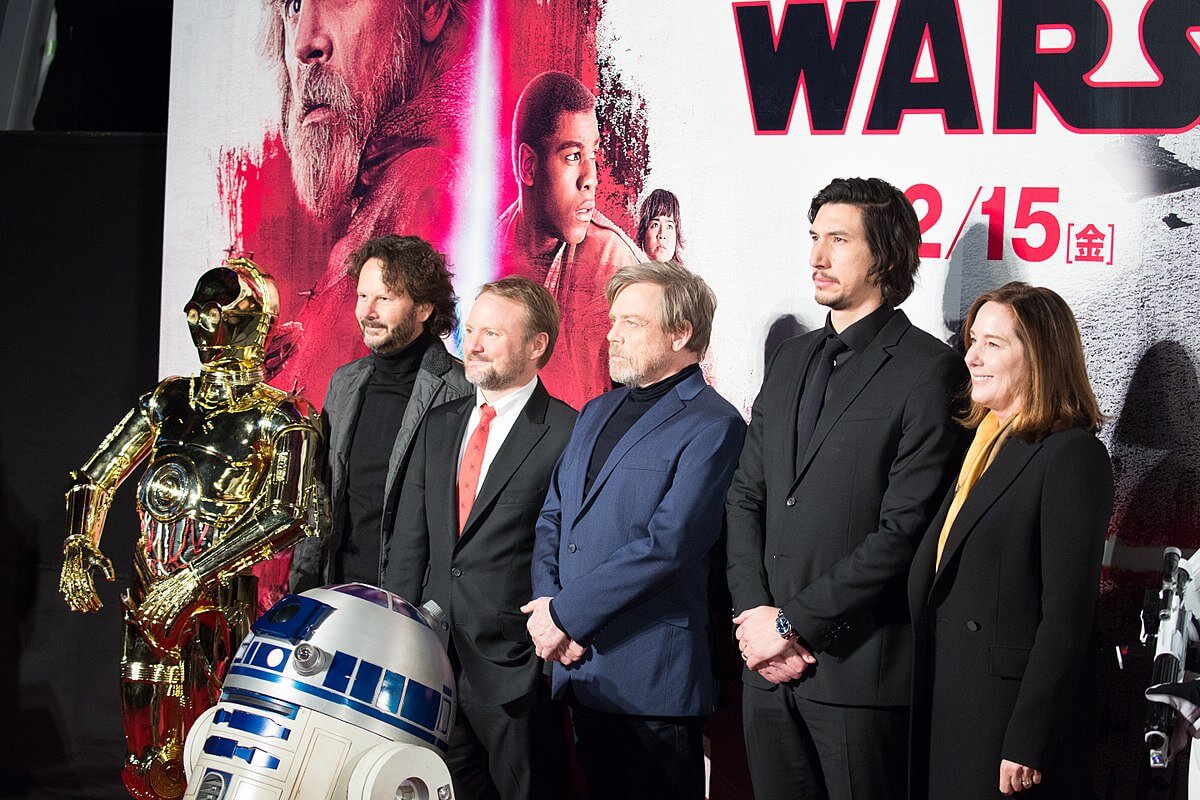 In the eighth episode of the “Star Wars” saga titled “The Last Jedi,” Kennedy hired Rian Johnson, known for his independent films like “Brick,” “The Brothers Bloom,” and “Looper,” to write and direct the film. When asked about Johnson, she said that “he’s done an exceptional job of taking these new characters, and some of the legacy characters, and moving us to this next place.”

“The Last Jedi” was proven to be another hit for the franchise because it is on its way to becoming the highest grossing film of 2017. It recently took the second highest spot, which was previously held by “Wonder Woman,” after its domestic box office accumulated to $423.7 million compared to the latter’s $412.6 million. “Beauty and the Beast” is currently the top grosser of the year.

With another standalone film focusing on the adventures of the young Han Solo to be released next year and the ninth episode in the main saga in 2019, Kennedy seems to have secured a good future not only for Lucasfilm and “Star Wars” but also for Disney.

Changing the perverse culture of Hollywood

Amid the sexual misconduct allegations of fellow producer Harvey Weinstein, Kennedy, who was also featured on one of the covers of Elle’s November issue along with actresses Laura Dern, Jennifer Lawrence, Margot Robbie, Jessica Chastain, and Cicely Tyson, made some proposals during the 24th Elle Women in Hollywood Awards to address the negative culture that currently permeates its entertainment industry.

Some of the suggestions Kennedy made are implementing policies concerning abusive behavior that will not allow any tolerance for such actions and creating a system that will allow abuse victims to report the abusive acts with the confidence that repercussions will be given to the accused without negatively affecting their careers.

She also proposed that a commission should be established with the responsibility of protecting women from and preventing more incidents of sexual harassment and abuse from occurring through making policies. Labor and management experts, lawyers, psychologists, feminist activists, television and film employees, and sociologists would populate the commission.

During the event, Kennedy also commended the women who boldly broke their silence and shared their stories about Weinstein sexually violating them. She also stated that their bravery will inspire more women to come forward and tell their harrowing experiences.

Lawrence voiced her support for the commission, saying that she will dedicate all her efforts in establishing the said commission in order to give people an avenue to receive help.