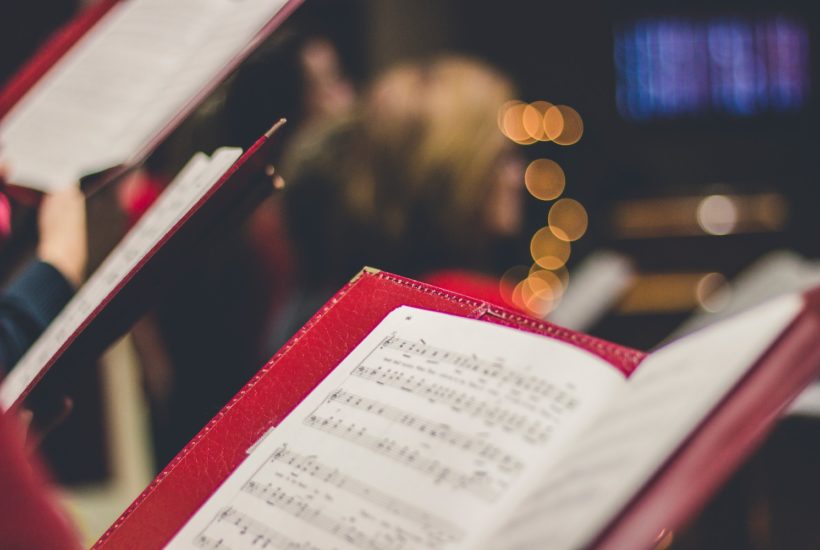 The Aachen choir, Flow, became famous in 2018 through the WDR competition called “The best choir in the West.” At that time, the group came in second place and is now ready to get started with recording their second album.

Aachen’s Flow needs money and are currently still missing $1,257 (€1,143), which is the key reason for the choir starting a second crowdfunding campaign, which will run until the 31st of January. The second CD of the young pop ensemble is to be financed with a total of $6,602 (€6,000) in donations.

Get the latest news about crowdfunding, read about the most interesting projects, finance headlines, and more, with our Born2Invest mobile application.

The first CD and 2d place in the contest

Flow already had its first CD with five songs before its big breakthrough after participation in the WDR competition “The Best Choir in the West” in 2018, where the group of singers from Aachen claimed second place under the direction of Luc Nelissen. The bassist Moritz Weisser, responsible for the choir’s public relations, said: “In the meantime, we have learned so much, rehearsed new songs and are often asked about the fact that we finally wanted to tackle a second recording.”

However, the professionalism of the amateur choir, which has again increased significantly in the past year, will also be reflected in the recording of the planned seven pieces. Weisser added that: “Every singer sang the songs solo together with our director Luc Nelissen. Of course, this means a lot more work for the sound engineer, but the quality is also much better. This leads to significantly higher production costs than with the first recording, which was also financed by a crowdfunding campaign.”

SEE ALSO  What to see and do when you’re in Bucharest, Romania

Since Flow had to admit defeat to Bonn Voices in the finale of “The Best Choir in the West 2018,” the young singers could not fall back on the rich prize money of $11,004 (€10,000). As Weisser continued: “And we did not want to increase the membership fee. Most of our 33 members are still students or have just started their careers. Some are also still students,” explaining that other sources of money have not been opened up. What they all share at Flow is the love for music.

Weisser is quite confident in the many newly found fans – even from Duisburg. Listeners travel to the always-packed Flow performances in the near and far surroundings – and loyal supporters can register online as supporters until Friday, January 31st. In the end, they get something out of it: seven quiet, cool pop songs, in a cappella versions that are ideal for both the home or to listen to in the car.

One can register as a supporter of the crowdfunding campaign of “Flow” on the crowdfunding internet address. The one can either indicate a donation amount or decide to give a thank you: for example, a cup with “Flow” design for $16,51 (€15), the new CD for $33,01 (€30), a rehearsal visit for $55,02 (€50). A company event can also be requested and organized for $880,36 (€800). Every sum helps. The money is only debited from the donor’s account if the crowdfunding campaign was successful.

If you would prefer to listen to “Flow” live, the next opportunity is coming up at the Jazz Weekend in St. Severin and St. Apollonia on Sunday, February 9th in St. Severin in Eilendorf, Germany.

First published in Aachener Zeitung, a third-party contributor translated and adapted the article from the original. In case of discrepancy, the original will prevail.