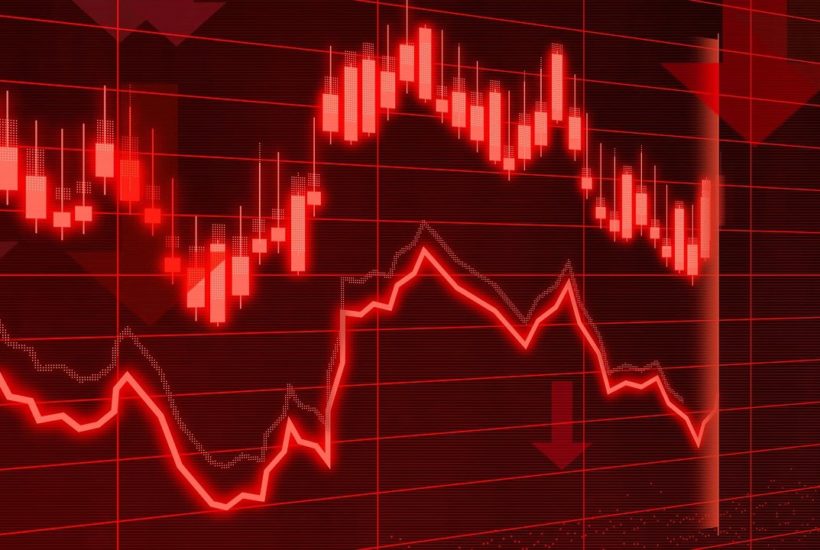 We all should be aware that the current Federal Reserve of the Unites States is not America’s first central bank. In fact, we’ve had a few others before this current disastrous iteration came into existence in 1913. We hope and believe it won’t be long before this latest version goes away for good.

Five years later Congress chartered its successor called the Second Bank of the United States that lasted from 1816-1836. This Central Bank collapsed for the same reason the others did before it: they were, for the most part, filled with corruption and became progenitors of speculation and economic instability.

Our founding fathers could never imagine the extent the current U.S. central bank would eventually go to usurp the power from free markets and destroy the value of the dollar.

Why this Federal Reserve should soon become extinct

I was asked recently in an interview how sure I was that the stock market would crash. My answer was that it is virtually guaranteed to occur given that valuation of equities is–for the first time ever—over twice the level of GDP. And, this metric is a full 100 percentage points greater than it was just prior to the start of the Great Recession. The only question is whether the crash will just be of the 30% variety, or will it be a total wipeout of around 80%; like we witnessed at the end of the Dot.com era.

The next crisis should start sometime between the second half of ’21 through the end of ’22. The catalyst will be the same as it always is: a central bank that tightens its monetary policy because of the delusion that an economic crisis has ended and it is time to normalize monetary policy. Alas, normalization is impossible precisely because debt and asset bubbles rely on ultra-low rates to survive—and those asset bubbles which exist today are without precedent. Once the monetary support is removed the stock and credit markets begin to meltdown as the fuel (liquidity) for these bubbles evaporates.

I have no doubt that the Fed will respond to a 30% market crash with another massive liquidity infusion. However, this liquidity injection may not be as effective as it has been in the past. First off, if the selloff begins anytime between now and the end of next year, the option of significantly reducing the Fed Funds Rate (FFR) is a non-starter. The Fed usually needs at least 500 bps of interest rate relief to turn the markets and the economy around. But Mr. Powell will have no room to lower rates because the FFR will still be at zero percent. In fact, the FOMC‘s latest Dot Plot predicts the liftoff from zero won’t be until 2024. And, the Fed’s consummation of its tapering program won’t take place until the middle of 2022. Hence, the Fed should already be engaged with its asset purchase program (QE) in some proportion until the second half of 2022. The central bank will already have its gas pedal essentially to the floor, so the impact from more easing from that level will be muted in comparison to other crises. In addition, with total US debt at a record 400% of GDP, there just isn’t the wiggle room for much more fiscal support without causing a backup in yields.

Most importantly, the Faith in central banking and their fiat currencies is already being shaken to the foundation. Back in the credit crisis of 2008, what was touted by then Fed Chair Ben Bernanke as a once-in-a-lifetime emergency monetary-easing policy has now turned into a perfunctory and ordinary plan of action. The Fed’s retreat to the zero-bound and forays into Quantitative Easing have become, sadly, a rather pedestrian function. This latest trip down the rabbit hole of free money and QE began in 2019–well before the COVID-19 pandemic began.

All previous ventures into QE and free money were greeted with much lower long-term interest rates. This is exactly what the Fed wanted and needed to happen. Lower borrowing costs across the yield curve helps to infuse the economy with new money and serves to re-inflate asset prices.

This tactic has been remarkably effective in the past because subdued inflation and confidence in our sovereign bond market were believed to be permanent economic features–perhaps due to the 40-year bull market in Treasuries. However, the Fed may not be so lucky during this next coming crisis. Our central bank has already printed $7 trillion since 2008 to re-inflate asset bubbles and to support banks’ balance sheets. And, our Nation’s debt now stands at 130% of GDP. Another massive and multi-trillion-dollar increase in the Fed’s balance sheet at this juncture may destroy any confidence remaining in U.S. Treasury solvency.

The Fed has gone so rogue that it is trying to destroy the evidence of its inflation and money printing crimes. Our central bank is no longer reporting its weekly money supply data. M1 & M2 appear to be going the way of M3, which the Fed stopped reporting back in 2006. This chart gives you a clue as to the real reason that our current central bank needs to hide the truth.

But we are not fooled and neither should you. Investors are growing weary of having their retirement funds destroyed every few years when the Fed’s asset bubbles collapse. And, the perpetual near-zero return from banks is getting harder and harder for savers to overcome. If long-term Treasury yields respond to the next round of money printing by rising instead of falling, as they have done in the past, the next market crash won’t be kept in check easily. Indeed, both equities and fixed income could fall concurrently, which could turn a painful bear market into a complete meltdown—perhaps worse than ever before suffered for those investors that adhere to the buy-and-hold mentality.

This could be the catalyst that sends the current Federal Reserve into the dustbin of history. A free and independent population demands that its central bank shares those very same qualities. The next U.S. central bank must once again link its currency to gold instead of the foolish and corrupt whims of plutocrats and feckless politicians.