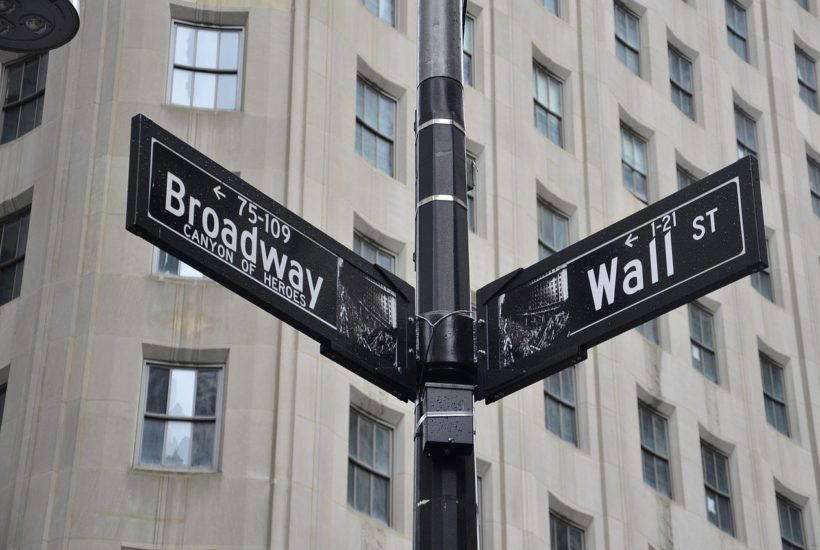 Wall Street is universally bullish on the economy and stock market for 2021. For example, Morgan Stanley is on record predicting the U.S. economy will expand by 5.9% next year. The stock market has front-run this optimism. The most important valuation metric, total market cap to GDP, currently stands at an unprecedented 185%. This absurd valuation only makes sense if investors believe corporate profits will skyrocket next year. No other bull market in history even comes close to this historic distortion between the price of stocks and the underlying economy.

But, let’s take a moment to unpack this theory of a booming economy next year. To accomplish this, we first have to look back to what occurred during 2020.  The outbreak of the Wuhan Virus shut the economy down for most of the first half of this year. But, after falling by a seasonally adjust annual rate of 31.7% in Q2, the economy rebounded sharply in the second half. Hence, the overall U.S. economy is projected to contract by about 3.5% for all of 2020. Don’t forget that the unemployment rate is still highly elevated and there are still many issues with small businesses that can’t access the capital markets. Hence, what have now is a highly bifurcated economy with some big winners and many huge losers.

2020 was marked by a tremendous divergence in economic sectors. There was a crash in the leisure and hospitality sectors, but a boom in home improvement, e-commerce, and the financial services industries. Most importantly, the reason why the entire economy didn’t crash throughout all of 2020 was because the government borrowed and printed $3 trillion and handed it out to Wall Street, small businesses, and individuals—with another $900 billion ready for dissemination in a couple of weeks. Therefore, for the most part, consumers simply switched from going out to eat, jumping on planes, and booking hotel rooms; to ordering electronic gadgets online, refurbishing their homes, and gambling on Wall Street.

So now, assuming the vaccines all work as advertised (that’s a big assumption indeed), consumers will once again start taking vacations and making dinner reservations. However, this activity will be drawn from the money that was erstwhile being spent on home improvement and work-from-home office gear. The point here is there will not be another $4 trillion is stimulus doled out in 2021—not if Republican Senator Mitch McConnell has anything to say about it. And, if the virus appears to become tractable by mid-year, the Fed may begin to reduce its record and unsustainable pace of $120 billion in QE per month.

SEE ALSO  Cannabis investing news: Is this the marijuana stock to own in 2018?

If the above proves true, there is no way the U.S. economy will be in the 6% GDP boom that is predicted by Wall Street next year. At best, it should return to the rather pedestrian 2.2% year-over-year growth rate experienced between December 2019 and December 2020. And, that is assuming the scars from a humongous increase in debt across the board vanish quickly. It also must be the case that the 10 million jobs lost since the pandemic began will come roaring back. And, the crippled retail sector, which includes 1 out of every 6 restaurants that have permanently closed their doors, won’t become a drag on the economy either. The truth is, Wall Street’s soaring EPS postulate, which will cause a melt-up of stocks in 2021, is a farce.

And, as I already mentioned, the jury is still out on how these vaccines will perform. The news about a more virulent strain of COVID-19 puts a salient question of the table: how will theses new MRNA vaccines deal with a COVID-19 virus that mutates more than the measles; but yet slightly less than the influenza virus?

Nevertheless, the most prominent risk in the near future is that the Fed begins to retreat on its monetary support. Of course, Mr. Powell won’t raise interest rates until at least 2023. However, the eventual dialing back of QE could cause havoc in markets.

The Fed Chair stated the following at his December FOMC press conference:

When asked about the markets extraordinarily-high asset valuations and if it was a bubble, he replied, “That’s maybe not as relevant in a world where we think the 10-year Treasury is going to be lower than it’s been historically from a return perspective.”

And, when asked about the solvency of the U.S. Treasury Powell stated, “I think the question is we’ve always looked at debt to GDP and we’re very high by that measure. By some other measures, we’re actually not that high. In particular, you can look at the real interest rate payments, the amount of what does it cost. And from that standpoint, if you sort of take real interest costs of the federal deficit and divide that by GDP, we’re actually on a more sustainable fiscal path, if you look at it through those eyes.”

The translations for these statements are that Mr. Powell has tacitly acknowledged we can only remain a solvent nation as long as the Treasury can borrow money for virtually free and the stock market bubble can only remain inflated as long as the Fed keeps buying enough junk bonds to keep interest rates at all-time record lows.

SEE ALSO  Leaf Mobile and East Side Games: a match made in heaven

Rising interest rates will eventually torpedo this bull market. That time will arrive whenever, or if ever, normalization of our economy returns. Meaning, nominal GDP rises to somewhere in the neighborhood of 5% (2.5% inflation + 2.5% real growth). Of course, we could also get there by having inflation rising much higher than real growth, which is a much more likely outcome. At that point, the benchmark US Treasury Note should yield at least the same as nominal growth. However, after remaining at record low levels for most of the last dozen years, absolute carnage will arise from borrowing costs that begin to surge by hundreds of basis points across the sovereign yield curve–with much more damage occurring in corporate debt market–especially junk bonds. This will cause the economy and markets to tank.

The Fed’s gradual exit from its manipulation of the bond market will once again cause panic on Wall Street. But panic is something reserved for those who rely on the deep state of Wall Street for advice. Only those without a data-driven process do that. In sharp contrast, we will closely monitor the pertinent components of the IDEC Model for the timing to sprint towards the very narrow exit door. And then get short this massive equity bubble to protect and profit from its collapse. It’s the only sane thing to do.

(Featured image by alessandrodandrea via Pixabay)