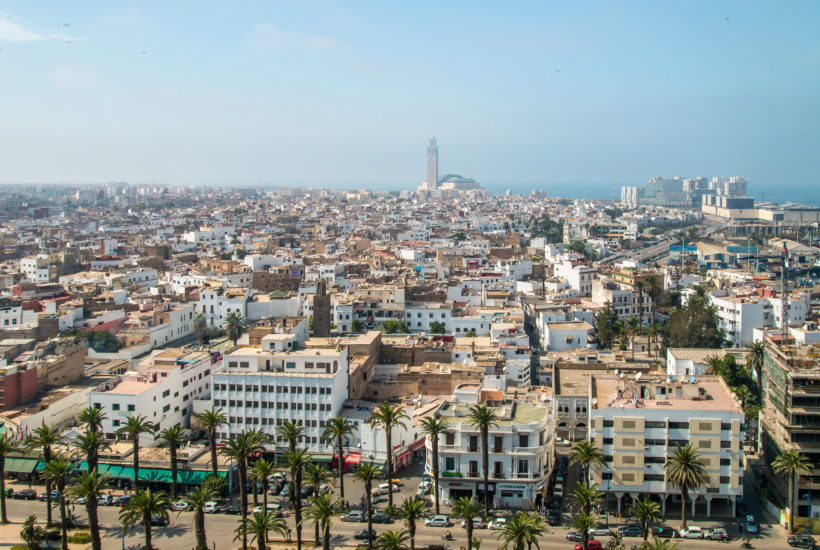 Created in 2013 by Hassan Bennis, after more than 30 years of experience at the head of a flagship industrial company in Morocco, Glen Invest is a Moroccan investment company specialized in the creation, acceleration, and development of industrial companies. Glen Invest actively works for a strong Moroccan economy and the recognition of the “Made in Morocco” label both locally and internationally.

That is why the investment company has chosen to set up in the country’s economic capital and consider it as a real locomotive for the development of other regions of the country, just like some big cities in the West or in Asia. “We have invested in two 15,000 m² industrial units in the Béni-Mellal agropole, while keeping their headquarters and support functions in Casablanca, which allows us to benefit fully from what Casablanca has to offer for a company’s headquarters, but also to take advantage of what the Béni-Mellal region has to offer in terms of opportunities,” asserted Hassan Bennis, President, and CEO of Glen Invest.

The latter does not fail to express his satisfaction in this sense “because in the end both regions offer us first-rate human resources, as well as competitive industrial advantages for the agropole and, therefore, both regions, come out winners,” he said. This strategy does not prevent the investment company from working for the growth of the Casablanca-Settat region. Glen Invest has also invested in a mobility company in the Casablanca metropolis, which has significant growth potential but operates throughout Morocco. With an agile and multidisciplinary vocation, Glen Invest is present in various sectors of the economy, namely transportation, building accessories and technologies, digital and new technologies among others. The investment company promotes and supports Moroccan and African SMEs and startups through its Venture Capital department, offering entrepreneurs both managerial and financial support.

Read more about Glen Invest and find the most important economic news from around the world with our companion app Born2Invest.

SEE ALSO  Grifols will supply the Catalan Institute of Health with 500,000 rapid tests for COVID-19

Priorities for the region

In any case, Glen Invest’s priorities for the region are clear. They concern investments in the processing industry for mass consumer goods, “with import substitution as the main vector, which is now becoming a matter of survival for our national economy, as the last two years have shown what the consequences of industrial dependence can be,” said Hassan Bennis. In addition to the two industrial projects already launched, its subsidiary Agilis Advisory, which specializes in investment opportunity studies, is in the process of finalizing two new industrial projects which will mark an important step for the investment company.

“They will be the first in their sector of activity and they will be mainly for export,” said the CEO. Glen Invest also offers its co-investors the opportunity to move away from the classic investment approach that has been used in Morocco in recent years and which was intended to be rather “secure”. Bennis explains that “we are also working hard to share information, to demonstrate that investing in industrial activity is not a simple matter, but that if it is done properly, it remains the most sustainable investment over time. Investing and taking risks in the development of a competitive industry is therefore the motto of Glen Invest, whose mission is to offer Moroccan citizens competitive, accessible and quality products, which will strengthen the pride of the Moroccan people in their genius and expertise.

Hassan Bennis, President, and CEO of Glen Invest said: “Casablanca’s potential is now reaching maturity and is even becoming overcrowded, which is slowing down investment in other regions of the country, since the region is home to virtually all the structures of the business world. This region must quickly structure and organize itself to become an investment hub that also spreads to other regions. This would imply a move upmarket to become the region where investors come to forge partnerships or seek opportunities to develop them in other regions. In addition to this, the cost of investment is becoming really high at all levels compared to other cities, as well as human resources that are increasingly difficult to find and retain, because they themselves are faced with a cost of living that is becoming exorbitant; this generates auctions that ultimately benefit no one.”

First published in LES ECO.ma a third-party contributor translated and adapted the article from the original. In case of discrepancy, the original will prevail.