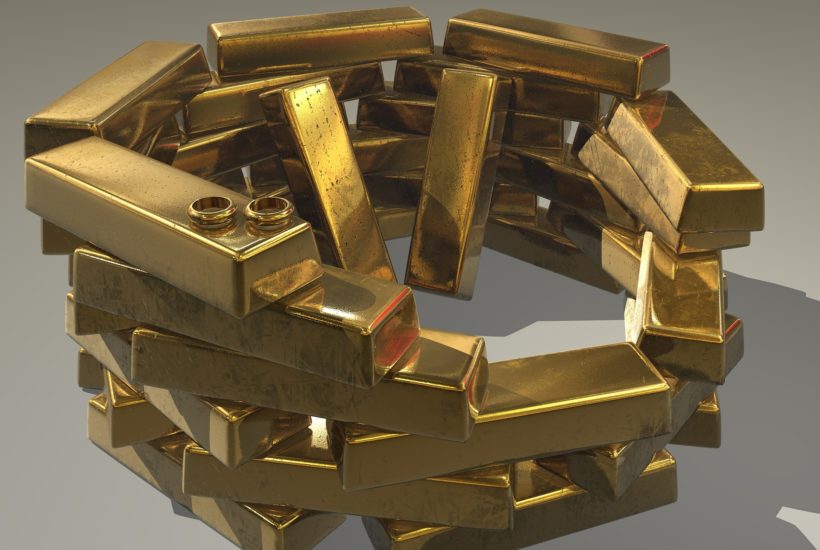 Ghana, Mali, Burkina Faso and Ivory Coast, this is the golden quartet of West Africa. The four of them weigh more than 320 tons of gold each year, a figure that should continue to grow as the reserves are important. A country like Mali estimates them at 7,000 tons.

While South Africa is seeing its mines run out, those in West Africa are booming, according to sector specialist, Frenchman Didier Julienne, who explained: “These are relatively new gold mines compared to other countries that have been mining for gold industrially for decades, if not a few centuries, and therefore, we have not exhausted at all these mines. They are profitable. Their jurisdiction is relatively well rated compared to other less stable countries. They therefore have all the qualities to be efficient mines in the years to come.”

Gold has become the main export product in Mali and Burkina Faso. And the tax revenues generated are substantial, as explained by Toussaint Bamouni, executive director of the Chamber of Mines of Burkina Faso: “This production represents about $460 million (256 billion CFA francs) of direct contribution to the budget of the State, or about 20% of the budget. In addition, the contribution to GDP is around 13.1% in 2019. Since 2009, gold has been Burkina Faso’s main export product, and represents around 70% of export earnings.”

Find out more about the gold mining sector in West Africa and stay on top of the market with the most important business news you can read on Born2Invest mobile app.

Burkina Faso has fifteen gold mines in operation for a production of about 50 tons, and Mali ten mines for a production roughly equivalent. In each of the two countries, manufacturers have created more than 10,000 direct jobs. Regularly, in the gold-bearing areas, the populations complain of not seeing the fallout from this exploitation. Burkina Faso has set up a mechanism for redistributing gold revenues.

In Burkina Faso, industrial gold mines produce about 50 tons of gold per year, a total to which must be added artisanal production. One and a half million gold panners work in this sector and many of them forget to pay their taxes, according to Toussaint Bamouni, Executive Director of the Chamber of Mines.

“A study in 2017 showed that artisanal production was around ten tons per year. But in reality what is declared to the state is less than four hundred kilos. So you measure the dimension of fraud in terms of state revenue.”

How can artisanal gold benefit the state? Burkina Faso started by dividing the tax by three. It was raised from $1,080 (600,000 CFA) per kilo of gold to $360 (200,000 CFA) in order to encourage gold panners to sell to official structures. In Mali, the problem mainly concerns the difficult relations between industrialists and artisans. There are many territorial conflicts and the Chamber of Mines is working to structure the gold panners with the help of the World Bank.

Abdoulaye Pona, President of the Chamber of Mines of Mali said: “Artisans need to be trained and grouped into cooperatives. The state must also create corridors so that the craftsmen can work in these corridors. Once they have their corridors, there will be no reason for them to go and squat on an industrialist’s land. Until that happens, the conflicts will continue. And with these corridors, we will be able to avoid these conflicts.”

Burkina Faso dreams of seeing its gold panners become small industrial units. Toussaint Bamouni. “I think that the State’s vision is to develop gold panning into a small mine, a small mechanized mine, and we are working towards that goal. The essential thing is to be able to do the work in accordance with the rules of the trade while respecting the regulations.”

In both Mali and Burkina Faso, the authorities are beginning to take environmental issues into account. Gold mining uses products such as mercury and cyanide that pollute soils and waterways. And while industrialists are being watched, the same cannot always be said for the millions of artisanal gold miners.

(Featured image by Stevebidmead via Pixabay)

First published in rfi, a third-party contributor translated and adapted the article from the original. In case of discrepancy, the original will prevail.