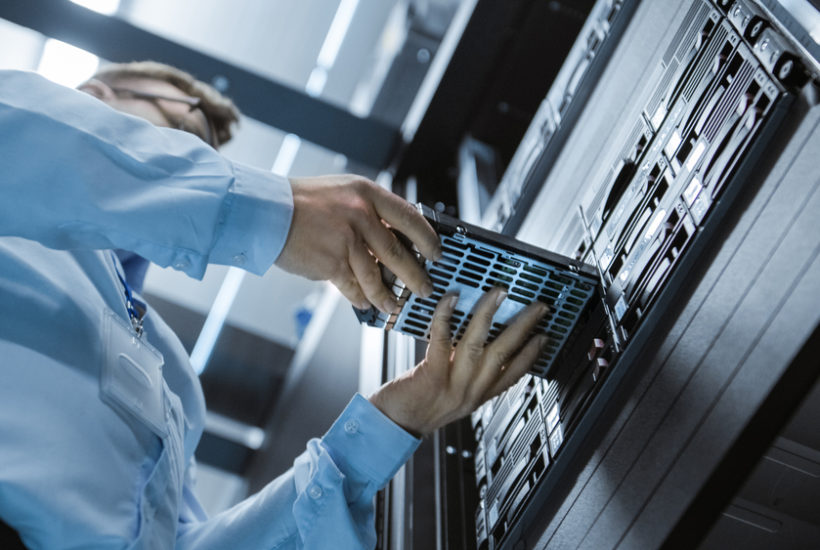 Government data centers reached a tipping point some time ago and now big changes are occurring. A recent Gartner report explained that traditional (and older) data centers, which are exactly what most governmental entities rely on, are being relegated to legacy holding areas where only specific services are handled. As government leaders adapt to extreme technology change, a significant new market looms large.

It’s not all that surprising because technology equipment is expensive, quickly outdated and ever-changing. Technology requirements are also morphing, and maintaining network security is extremely difficult. Older networks are more fragile and vulnerable to cyber attacks.

Strange as it seems, almost everything related to technology has changed over the past decade. The Internet of Things (IoT), big data, cloud storage, interconnected services, apps of every type, software as a service (SaaS) and the immediate need for digital infrastructure – these are the components forcing extreme and immediate modernization. Older data centers simply cannot provide the capacity, equipment, resources and services that are required today. Couple that grim reality with the risks associated with cybersecurity and it’s understandable why privatization is attractive to government leaders.

Commercial data centers face the same hurdles. Together, the two sectors have created an extremely large new marketplace. The global data center colocation market is projected to grow to $50.18 billion by the end of 2020.

Every jurisdiction of government has been impacted. The Department of Homeland Security (DHS) is currently asking for industry input as to how the agency should consolidate two enterprise computing data centers. DHS also wants industry input on how to implement an enhanced cloud-based infrastructure with “a multi-cloud, federated and vendor-neutral” cloud strategy. This will result in a large contracting opportunity for some private-sector firm.

DHS has 6 percent of its 628 applications in the cloud and would like to have 30 percent migrated by next year. Further opportunity lies in the announcement that a DHS data center supporting 10 component agencies, 133 systems, and 8,000 devices is slated to be shut down by 2020. Soon a request for qualifications (RFQ) will be announced because the agency will be seeking private-sector partners to handle the work.

The governor of New Jersey has directed two of the state’s major agencies to work together to coordinate a strategy to implement a new program. The task will force modernization of some of the department’s IT systems. The agencies involved are the Department of Labor and Workforce Development and the Office of Information Technology.

The state’s IT division has an aging system that is due for modernization across the board and the immediate problem is that the system cannot handle applications for disability and family leave for its Department of Labor and Workforce Development. A solicitation has been announced and the state will choose a private-sector partner to assist with new systems and hosting solutions. Many other states face very similar problems. The same is true with cities, counties, universities and school districts throughout the U.S.

One large opportunity that is destined to capture the attention of technology contractors comes from the Department of Defense. A $10 billion data storage contract is up for re-bid. The Joint Enterprise Defense Infrastructure program, JEDI for short, has an opportunity that could be valued as high as $10 billion over 10 years. The contract would be for hosting some of the Pentagon’s most sensitive files as well as a massive archive of intelligence data.

The buzz in the industry is that hyperscale data centers are becoming common. The largest data center deal in history was consummated in 2018 but that record is not expected to last long.

However, along with a trend toward extremely large-scale data centers, the reverse is also true. Data centers of the future will also be more customized and niched. Many will be smaller and provide only certain types of services. These changes will result in the emergence of even more opportunities for vendors and service providers.

Privatization will continue. That’s because the government will have trouble recruiting and retaining skilled staff as talent becomes scarce. And, perhaps even more problematic, government leaders simply don’t have access to adequate funding for new technology equipment and systems.

Investors have seen the market expansion and are already lining up as potential partners. A recent report states that roughly $70 billion of private equity capital is being raised to fund digital infrastructure…which would include data centers, fiber, and towers.

That’s a lot of funding…but also an abundance of change in the works.

(Featured image by Gorodenkoff via Shutterstock)