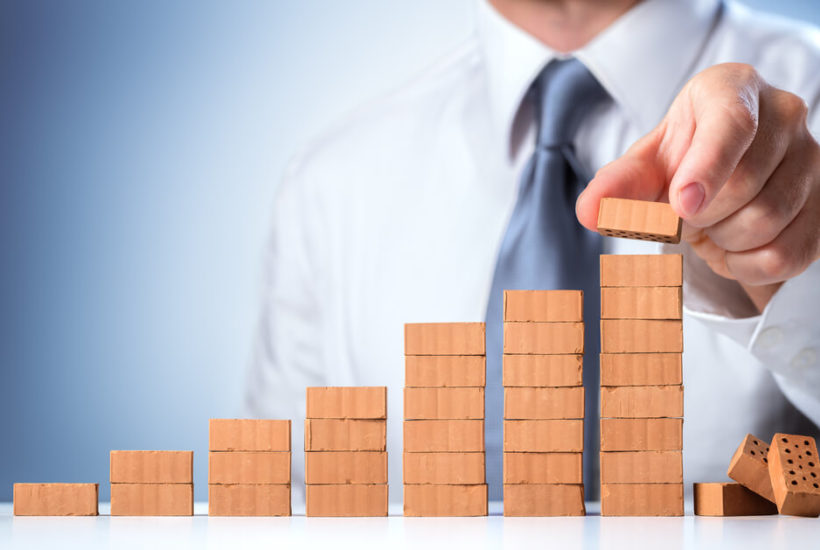 Achieving and sustaining growth in today’s uber-complex environment—whether corporate, entrepreneurial or personal career growth—takes multifaceted vision, ingenuity, and agility. Indeed, a lack of growth in business speaks volumes. It says a business or individual hasn’t fruitfully evolved in its own lifecycle (or career cycle), hasn’t kept pace with industry trends, that increased profitability isn’t being prioritized (or valued) … or all of the above. Even when all of these things are successfully realized, there’s still quite a macro fight to be had as one endeavor to advance.

For companies, economic indicators are a useful benchmark which often portrays how ominous or encouraging the growth opportunity landscape may be. For example, according to information from The Conference Board’s Economic Forecast for the U.S. Economy, GDP data shows that “… growth slowed in the final quarter of the year [2018],” and that, “during 2019, expect growth to slow further, as effects from fiscal stimulus measures wane …” Such intel can put things into perspective and prompt businesses to pivot on activities and expectations for the period.

But even as businesses at large strive to thrive, so too must the individual professionals that drive them. At the end of the day, a business’ success, or lack thereof, is a direct reflection of the people therein—from ownership and management to frontline and support staff and everyone betwixt and between.

For some insight-oriented motivation, here’s a glimpse at how some business owners and professionals are growing their businesses and capitalizing on opportunities in their respective industries while promoting professional self-development.

1. Embrace your uniqueness, don’t try to blend in

Whether with respect to a company’s offerings, approach or image — or to staffers, themselves — uniqueness and authenticity can be key in attracting and entrenching customers. Sure, it’s easy to “play it safe” and still turn a profit, but to fully achieve breakthrough goals and hit seemingly impossible targets requires taking risks—true, and even unconventional, sincerity among them.

Harvard-trained lawyer Chinwe Esimai, the first African to secure a global executive role at one of the world’s largest banks, encourages individuals to embrace “shining in their own lanes,” even in corporate America. By not downplaying her efforts or her Nigerian-born immigrant background and by staying true to her uniqueness, Esimai achieved extraordinary success with a banking industry leader.

2. Increase the value of your brand

For companies, your brand isn’t your brand until you’ve legally maximized all of your resources. This is according to patent lawyer JiNan Glasgow George, who underscores that, for multi-billion-dollar companies like Apple or Nike, their trademark, logo, and patent is what they focus on to drive value. George, who helps small businesses understand the power behind copyrighted brands, explains that intellectual properties (IP) provide protection against other companies from “borrowing” your ideas while also solidifying the uniqueness of your brand.

When it comes to one’s personal trademark, Karen Leland, author of “The Brand Mapping Strategy: Design, Build, and Accelerate Your Brand,” suggests developing your brand by design, not default. “Know precisely where you are so you can discern where you need to go,” she says.

“Every business person, from secretary to CEO, needs to start by assessing the personal brand they currently have and be truthful about the degree to which it exists by design—or default. Then they need to take stock of the impact that the current brand is having. Is your brand producing the reputation you desire? What is it about what you do, or how you do it, that makes you unique, distinct and special? What sets you apart? Positioning yourself by specifically articulating how your brand speaks to the needs of your audience, coupled with the unique way you address those needs, is critical to creating an effective personal brand. And the more specific you can be, the better.”

3. Double down on failure

Many in business are understandably discouraged after taking a loss, let alone experiencing a series of losses or rejections. However, with a fresh point-of-view on failure, you just might be able to turn those setbacks into growth springboards. In fact, in his book, WTF?! (Willing to Fail) Brian Scudamore (founder and CEO of 1-800-GOT-JUNK?), explores the notion of “failing upward” and, in the process, “using setbacks to change your business for the better.” He asserts that “being an entrepreneur means letting go of fear,” and I contend that all aspiring professionals (not just entrepreneurs) should embrace this paradigm.

Speaker and business guru Anthony Russo was able to wrangle his fear and rejection worries–to an extent that he built a seven-figure business in less than 18 months. Russo achieved this remarkable revenue benchmark by “doubling down” that, as he puts it, “is the art of leveraging failure to accelerate success.” By this, he means absorbing everything he passively learned from each prior failure and proactively learned about each situation by seeking and researching new tactics and trying again.

While Russo concedes that failure is a significant part of nearly any business process, especially relating to company ownership, he urges that powering through can lead to success that may not just meet, but exceed, original expectations.

Unanticipated problems or events are always spontaneously occurring, and that unpredictability—especially with complications—can wreak havoc on the most well-conceived plans, sabotage timelines and send expenses soaring. This is why many companies invest so largely in prevention development teams—a strong resolution department to solve problems before and after they happen to keep the momentum and productivity flowing. But, not all companies—and certainly not individuals—have the luxury of having a department team at-the-ready to alleviate the angst. 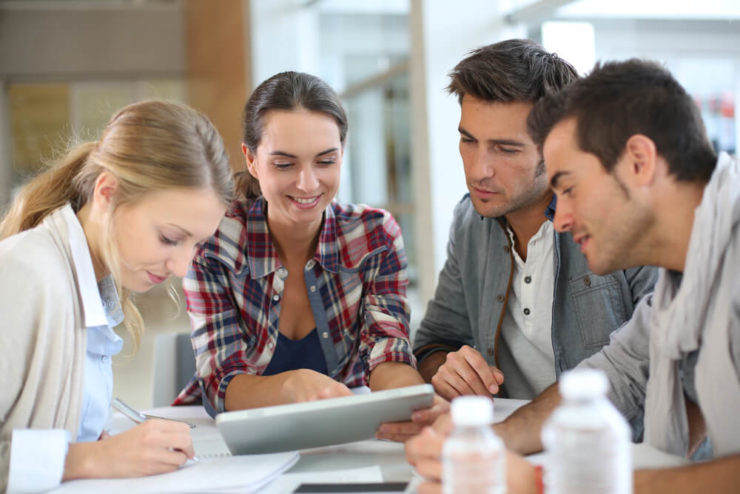 Companies invest in prevention development teams to help solve problems even before they happen. (Photo by ESB Professional via Shutterstock)

Franchise and small business expert Brian Clark, owner of Service Team of Professionals (“STOP”) franchises, uses a simple method to avoid unforeseen obstacles from overtaking his businesses. According to Clark, “Every problem can be solved by asking the right questions and breaking down the problem. Fracturing each challenge to small, accomplishable tasks will not only be less intimidating, but also easier to maneuver.”

Productivity is a key priority in the labor supply-and-demand chain. It’s easy to focus on profits and products, dismissing the “how” it all gets done. Yes, Rome wasn’t built in a day, but it also wasn’t built single-handily either. Many businesses and professionals have been taught strategies to “work smarter not harder.” But well-respected business advisor and company CEO Richard Polak subscribes to “work smarter, play harder.”

He’s advised the world’s largest companies, including the likes of General Electric, to focus on time and output. To invest in the well-being of its staff as well as invest in technologies that boost its efficiency and capacity, thus maximizing work time and morale to boost bottom lines. Polak differentiates himself by referring to his model as “compassionate” productivity strategies.

According to an Accenture study, “The parallels between a superior customer experience and employee experience are striking. An optimized customer experience generates loyalty and additional sales. A stellar employee experience attracts talent and boosts workforce engagement, productivity, and retention. This, in turn, directly improves a business’s financial performance.” The net result? The report revealed that “companies with highly engaged workforces are 21 percent more profitable than those with poor engagement.”

Pak Chau, the wildly successful tech entrepreneur who operates in various sectors like social networking, e-commerce, and e-sports, did the unthinkable. As a value-driven entrepreneur, Chau had undertaken a successful ICO (Initial Coin Offering) to raise nearly $2.5-3 million for his esports platform. But, subsequent to raising these funds, he had an epiphany. Chau returned the money from investors and told his team they were going to start raising sales-driven capital from scratch.

SEE ALSO  How synthetic DNA is revolutionizing research in biotechnology

Why? As months passed after the ICO, Chau harbored an ominous feeling. “Deep down in my heart,” he recalls, “I felt that something was wrong. I felt that the energy in the office was slowly draining.” One reason for that was the newly-established investors from the ICO. “They knew nothing about gaming,” Chau laments. “They were offering advice that did not resonate well with me or my team, and it was starting to obviously impact the company culture.”

Chau was looking for more than generating revenue, but rather to actualize a more holistic measure of achievement. Having foregone the funds from the ICO—undeniably a gut-wrenching decision most entrepreneurs would never have the stomach to execute—he had to figure out a way to launch on a shoestring budget. He believed that he could build his new business directly with the customer; in this case as a community-based marketplace. So, Chau pressed ahead without the ICO-driven funds and ultimately launched his community-based solution. Within days, it attracted more than 20,000 users and now, less than a year later, it boasts more than 70,000.

Chau feels that, at the end of the day, it’s really about the conscience of the entrepreneur. He personifies this notion and walks the walk — all the way to the bank.

7. Control what you can

While cliché, they are undeniable truths: Perception is reality and “image is everything,” as painfully vain as these maxims sound. From one’s physical appearance to how one behaves, people tend to judge first and reason later. The same holds true for a business facility. Whether an office lobby, a retail display window, a website home page or even the body condition of fleet vehicles, aesthetics play a mission-critical role in overcoming the litany of obstacles and objections that are initially present with a new engagement. The influence of appearance is something serial beauty and cosmetics industry entrepreneur Dawn Hunter knows all too well, having built an empire helping people cultivate and refine their image by putting their best face forward.

Looks aside, the idea of “controlling what you can” is about far more than trying to make yourself as outwardly as attractive as possible. It’s about embracing your inner beauty, strength, and fortitude and being utterly and unequivocally confident in your capabilities.

Epitomizing these philosophies is former Ms. Olympia 50+ Sheryl Grant who, after leaving a corporate career, discovered that transforming her body began with a shift of what she could control: her mindset. She developed what she now calls the “F.I.T. for Business” model based on principles of faith, intuition, and tenacity and went on to win Ms. Olympia her first time competing at age 55. Today, Grant teaches entrepreneurs and executives that, while they can’t always control their external surroundings, they can determine how they respond to situations. She imparts that their perspective and beliefs often drive success, or lack thereof, and play a big role in shaping their future.