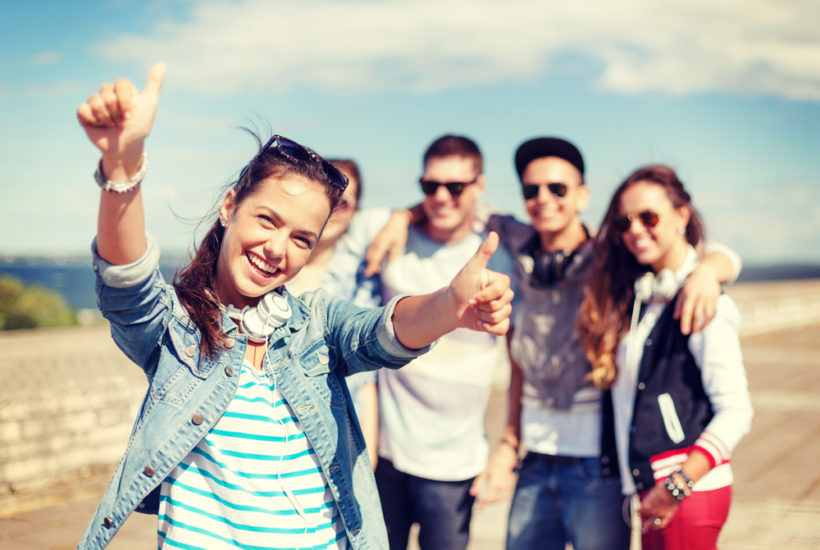 This weekend I saw a recent study by WalletHub that shows that the happiest states in the U.S. tend to be in the upper Midwest region — you know, where the Arctic vortex comes on through! In order of happiness, we have Minnesota, North Dakota, Iowa, South Dakota, Nebraska, and Wisconsin.

Those in the less-frigid-but-still-cold Northeast are also generally happier. We’re also talking just south of there: Virginia, North Carolina, and Georgia. And of course, the west coast is largely happy, except Oregon. The Rockies also, except Wyoming. And then there is the Southwest — well, except for New Mexico.

The unhappiest states mostly fall in the inland Southeast and lower Midwest. West Virginia is ranked as the least happy state in the nation. Note the whitish and very light blue shadings.

So, what’s going on here and what economic significance does the data seem to carry?

Well, two of the tangible common denominators from the individual categories are, not surprisingly, rising incomes and low crime/safety. The upper Midwest states have steadily growing shale jobs, which makes for a happier population. The Southeast and lower Midwest have been the hardest hit from our steady loss of manufacturing jobs.

There is also the fact that upper Midwest states have much more ethnic/cultural homogeneity, while the inland Southeast is very high on ethnic diversity. As a general rule, birds of a feather tend to get along better, a reality that became all-too-stark since my Geopolitical Cycle turned negative in 2001, with 9/11 sparking a tense 16 years filled with terrorist events, civil wars, mass shootings, protests, Brexit, Trump, and a resurgence of isolationist and nationalistic views…

Besides the cycle involved in this phenomenon, there’s a demographic element as well…

Who are the sad sacks?

Recently I was watching Dr. Sanjay Gupta on Fareed Zakaria’s CNN show “GPS.” If you watch one show on geopolitics, his is definitely the most objective and factual…

Gupta noticed that the rising unhappiness is largely found in one particular sect of our economy: white, working-class males, especially between the ages of 45 and 54.

They’re faring worse in a declining economy brought on by their own declining numbers. Immigration, automation, and foreign competition, especially in manufacturing jobs, have made their experiences so much worse.

The U.S. has five percent of the world population and 80 percent of the opioid prescription abuse. Guess which generation dominates that epidemic! And guess where these people are concentrated: in the Southeast and Midwest. Surprise, surprise.

All of this is to show you that my geopolitical cycle has been dead on.

It all comes back to the cycle

Like I said earlier, this cycle turned negative around the time of 9/11, with radical Islamic terrorist attacks in the U.S. and Europe.

But in recent years, 70 percent of such terrorist attacks have been from white supremacists. The devastating mass murder in New Zealand last Friday is just the latest example… and that’s in a country that’s peaceful and pro-immigration/diversity.

New Zealand’s Prime Minister immediately declared that they would change their gun laws. (The U.S. has only succeeded in theorizing on such change, like a broken record, after each of our mass slayings.) That is a sign of progress and that this cycle is coming to an end soon, as originally forecast around 2020.

But there is much more to come from this populist backlash against globalization.

The simple truth is that it’s the global and domestic people that have fallen behind in the massive job and technological revolution of the past decades that are the most unhappy and fighting back. In Zero Hour, I warn of a broader political revolution on a 250-year and 84-year cycle that is just coming to a head and from which we’ll see more changes in the years ahead.

My view has always been that we will have to realign our political structures around more common cultures within countries and within global regions. Countries like Iraq and Syria, with strong Sunni and Shia populations. just can’t get along. That’s increasingly true of the blue versus red states in this country and in the northern versus southern regions of Europe.

Unhappy people cause political and social revolutions — it’s that simple. And there are plenty of them to be found around the world today. And my proven cycles saw it coming well ahead.