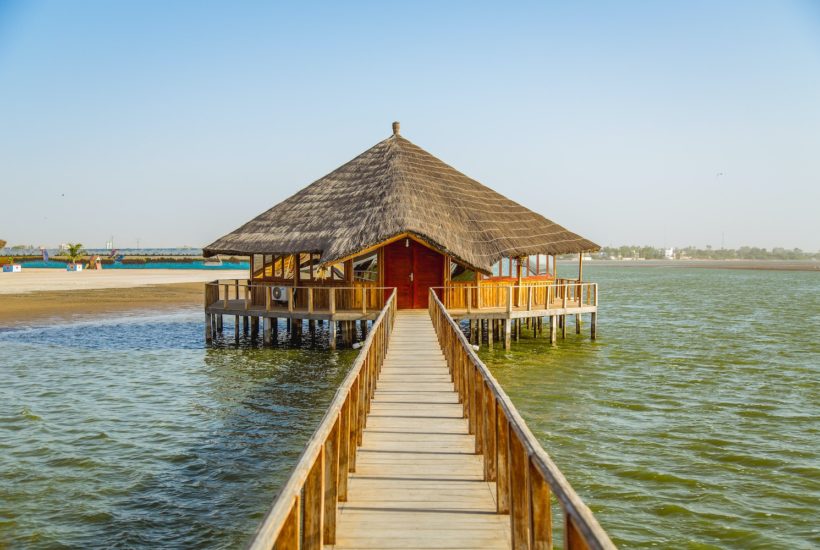 Business hotels in Senegal are particularly affected by the corona crisis. The loss of revenue is estimated at some $70 million (40 billion CFA francs). For professionals in the sector, it is “a disaster,” as the managing director of Terrou-bi admitted. He spoke of a loss of more than $2.5 million (1.5 billion CFA francs) per month for his establishment. The COVID-19 is a knife in the back of the hotel and tourism industry.

Discover the latest business news in the world and find out how hard was the hospitality sector in Senegal hit by the coronavirus outbreak with our companion app, Born2Invest.

Terrou-bi, one of the most prominent hotels in the Senegalese capital, was highly affected by the coronavirus pandemic. Indeed, since the first cases announced in the country, followed by measures relating to the state of emergency, customers have been scarce. Even local customers have become hard to come by.

Faced with this situation, the establishment had no choice but to close down, as did all the other hotels in the country. “We closed following the measures enacted by the State, and also because of the lack of clientele since we are a business hotel and our clientele is essentially international. There is hardly anyone left. The local clientele that frequents our establishments has started to decrease following the measures taken by the state to avoid regrouping. We preferred to close down,” explained Samir Rachal, the general manager of the Terrou-bi hotel. This closure necessarily means loss of income for a company that employs nearly a thousand people.

Prior to this global health crisis, the hotel had a monthly turnover of $2.5 million (1.5 billion CFA francs) and an annual turnover of more than $28.5 million (17 billion CFA francs), thanks in particular to business tourism driven by an international clientele. However, for the past two weeks, the economy has been in a slump. The cessation of activities has been gradual over 3 days. “Since March 20th, we have started closing down. The casino was closed on the 20th, the restaurants on the 21st and the hotel on the 22nd.  And we have been completely shut down since March 22nd,” said Samir Rahal.

President Macky Sall, in his address to the nation on March 23rd, 2020, certainly has taken action to respond to this pandemic. However, the hotel sector, like other sectors, will have a hard time recovering from this crisis, since there are no more entries. With that in mind, Rahal believes that this is nothing short of a disaster. “A company like ours has around $2.5 million (1.5 billion CFA francs) turnover per month. Since March 22nd, we’ve been at zero in turnover. Economically, it’s a disaster, there are no words,” Rahal said.

Founded in 1986, the establishment has 950 employees under contract. A few days before the president’s speech on the pandemic, all the staff had been laid off with some mutually agreed arrangements. “Before the measures enacted by the government and the President of the Republic, which demanded to pay 70% of salaries, keeping the employees on short-time work, we signed an agreement with all our employees through our staff delegate and the workers’ union,” revealed the hotel owner. If the establishment no longer makes any turnover, the employees are bound to take a hit.

Indeed, the workers are sent to technical unemployment with payment of 50% of the salaries for the month of March. “Everyone was paid for the month of March. Starting in April, employers were put on technical unemployment with 50% of the salary. But with a minimum threshold of $116 (70,000 FCFA), one can last 4 or 5 months by paying 50% of the wages. If tomorrow we are asked to pay 70%, maybe we will be able to hold out for 2 or 3 months and then what?”

Nevertheless, Samir Rahal remains hopeful and optimistic about the containment of this crisis since there are relatively fewer cases registered in the country compared to what is happening elsewhere. “We are lucky in the country, apparently so far, the pandemic has not exploded. I invite all Senegalese to respect the measures enacted by the Ministry of Health and our President of the Republic for the well-being of populations.”

As a reminder, in his address to the nation on March 22nd, President Sall promised that “general and specific fiscal measures will also be taken to support businesses.”

As part of the general measures, President Sall said that “there will be a partial remission of the tax debt recorded on December 31st, 2019 owed by businesses and individuals.” In addition, Macky Sall promised “specific measures” that “will benefit the sectors most affected by the Covid-19 crisis, especially hotels, restaurants, transport and culture.”

(Featured image by aliunix via Unsplash)

First published in Sene News, a third-party contributor translated and adapted the article from the original. In case of discrepancy, the original will prevail.