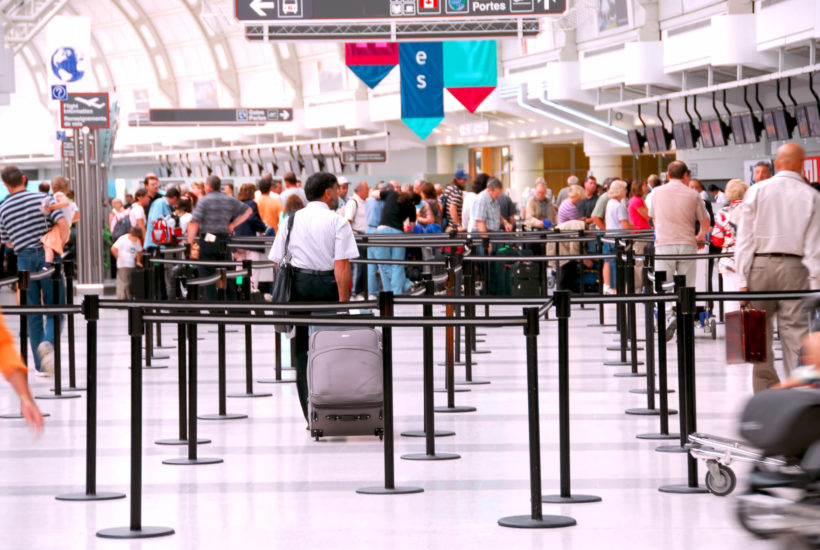 Everyone wants to fly free. But can you really do that?

The North American airline industry will rake in an estimated $16.6 billion in profits this year, according to the International Air Transport Association, a trade group. That’s up 13% from last year. You don’t become that profitable by allowing your passengers to fly free.

Still, there are ways to get from point A to point B without paying a penny. But they probably aren’t what you think, and they underscore a truth about traveling that you should have learned in your high school economics class.

How to not fly for free

Ask an expert for the best way to fly free and here’s what you’ll hear:

“Sign up for loyalty programs on every airline you fly,” says Sara Rathner, who writes about travel and credit cards NerdWallet. “Joining airline loyalty programs is free and takes just minutes to do, and it’ll allow you to earn miles on every flight to cash in later for award travel. If you don’t do this, you’re potentially missing out on an easy, effortless way to fly for free.”

At least that’s the conventional wisdom. But how do you define “free”?

A more conventional definition of “free” is that you’re getting something for nothing. Even if you can find someone else to cover the cost of the flight or to generate enough spending on your card, you’re still paying.

And even if you figure out a way to beat the system, you’re still giving your airline or credit card company something that might be more valuable than money: your spending data. That information can easily be monetized.

By the way, did you know that airlines earn hundreds of millions of dollars a year from the sale of frequent flier miles to credit cards? And that those points, in turn, are subsidized by people who can’t afford premium rewards cards?

How to (really) fly free

There’s another trick for flying free you might not know about.

“Get bumped when a flight is overbooked,” advises Mark McKay, a senior project manager at passport expediting firm the Passport Office.

To do that, select a flight on a popular route during a busy time, like an early morning flight from Los Angeles to San Francisco.

“Flying the 9 a.m. Monday flight from L.A. to Vegas won’t get the job done,” says McKay. “But the same route on a Thursday or Friday evening may just work.”

Wait for the gate agent to ask for volunteers to take the next flight. Then raise your hand. If the airline accepts your offer, it will rebook you on the next flight and issue a voucher for a free flight — yes, a real free flight.

If the airline can’t find any volunteers, it may “bump” you from your flight. That’s called an involuntary denied boarding. Federal regulations require the airline to rebook you on the next available flight and pay you up to four times the one-way value of your flight, up to $1,350.

Getting ‘bumped’ might not actually be a bad thing

You know that saying, “no such thing as a free lunch”? Nowhere is it truer than when it comes to airline tickets. Airlines, credit cards and the loyalty program shills who promote them want you to believe you can fly for free.

Free tickets have high hidden costs, but if you play your cards right, you may get bumped from your next flight. And that’s almost as good as flying free.

What else isn’t free when you fly?

Free companion tickets: If you think you’ll get a “free” companion ticket when you sign up for a credit card, check the fine print. You may have to buy a pricey full-fare ticket to qualify for the “free” ticket. And there are fees that almost always make that second ticket not fully free.

Kids fly free: Frontier Airlines’ recent kids-fly-free offer is littered with fine print. Not only do you have to buy a ticket for one adult, but you also have to spend $59.99 a year to join Frontier’s Discount Den fare club. Other restrictions apply. There’s nothing free about this!

Bags fly free: Bags never, ever fly free. You’re either required to earn airline status or carry the right card, which costs you something. Even the airlines with “free” bags require you to buy a ticket. You can’t just walk up to a Southwest Airlines counter and ask them to transport your bag to another city.