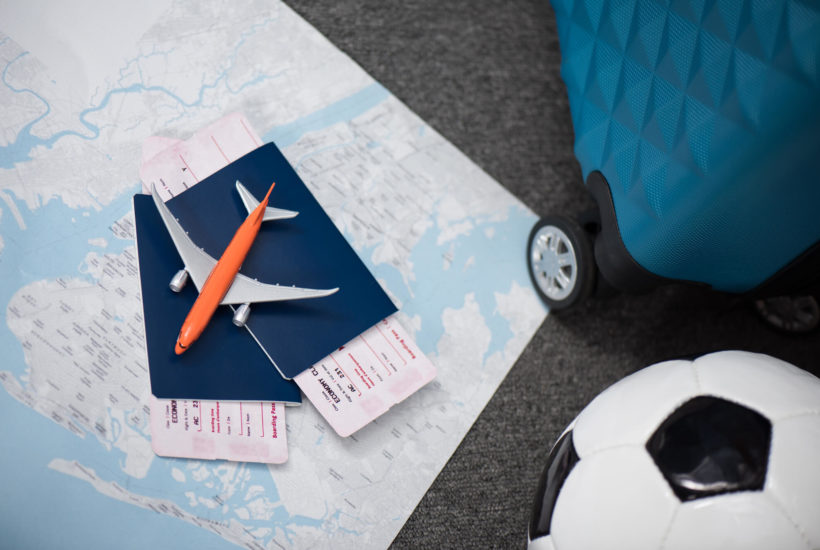 Almost no one expected a new airline passengers’ bill of rights this summer. But somehow, just before it went on recess, the U.S. Senate quietly introduced a bold law that would protect air travelers.

Now the stars are aligning for a series of changes that could improve air travel in a meaningful way.

“This is our best opportunity in years — maybe a generation — to do something meaningful to protect airline passengers,” says Charles Leocha, president of Travelers United, a nonprofit organization that advocates for airline passengers in Washington.

The U.S. airline industry is understandably cool to the Airline Passengers’ Bill of Rights.

“This legislation represents a misguided attempt to re-regulate the industry that would restrict consumer choice and drive up ticket prices for the millions of families who take to the skies each day,” says Vaughn Jennings, a spokesman for A4A, an industry trade group.

To understand the significance of the proposed changes, it helps to review your current airline passenger rights. Only then does the magnitude of the new law come into clear focus.

What are your rights as an airline passenger?

If an airline bumps you from a flight and the airline arranges another flight that is scheduled to get you to your final destination within one hour of your original scheduled arrival time, it owes you nothing. (For later arrivals, it must compensate you up to $1,350 maximum.)

If your luggage is lost or delayed

You don’t get a refund of your baggage fee. Airlines only refund the fee if your bag is permanently lost. Airline processes for notifying you if and when it finds your bag may vary.

If you have to use the bathroom

Airlines are not required to offer working toilets or potable water on all aircraft. They may charge for both but have said they won’t charge for the use the bathrooms.

If your flight is late

The airline owes you nothing.

If you have to make a change to your ticket

The airline could charge you a change fee and fare differential that exceeds the value of your ticket. The sky’s the limit on these fees.

None of the money goes to you.

If you’re a frequent flier

The airline can change its program at any time without notification. You may have to pay more points or miles for an award ticket.

How would your rights change under the Airline Passengers’ Bill Of Rights?

Typically, Congress makes small, incremental changes to its consumer rules. But this new legislation would significantly strengthen many existing laws or create new ones.

An airline would have to pay a minimum of $1,350 in compensation to a passenger who is involuntarily denied boarding as the result of an oversold flight.

If your luggage is lost or delayed

If you have to use the bathroom

Airlines would be required to have a working lavatory that can accommodate individuals with disabilities. They would not be allowed to charge for them — or for potable water onboard.

If your flight is late

If you have to make a change to your ticket

Any fees would be limited to the airline’s actual cost of processing the change or cancellation electronically and any related labor costs.

You may get some of the money. The bill would require the government to assess the feasibility of distributing a portion of a civil penalty imposed on an air carrier for a violation of a law relating to the treatment of passengers to the passengers affected by the violation.

If you’re a frequent flier

One of the most significant proposed changes involves your legal rights as a passenger. At the moment, suing an airline is difficult because of federal pre-emption. Basically, it means you have to take your claim to federal court, which is difficult and expensive.

The Airline Passengers’ Bill Of Rights repeals the exemption of airlines from state consumer protection laws.

SEE ALSO  Destinations: Could Edinburgh be the next banker's paradise?

“This has been the top request of state Attorneys General for years,” says Edward Hasbrouck, a consumer advocate and author of the Practical Nomad book series. When passed, he expects quick action by some states.

“This could have implications in many areas, but perhaps most immediately and significantly in the application of state truth-in-advertising laws to opaque, incomplete, and bait-and-switch airline price advertising,” he adds.

Is the Airline Passengers’ Bill of Rights going to happen?

Many D.C. insiders have told me the bill has about the same chances of taking off as the Spruce Goose, the enormous aircraft built by Howard Hughes after World War II. Like the jumbo plane, it’s heavy and has a lot going against it.

If the bill ever gets traction, it will face fierce headwinds from the airline industry and special interests opposed to regulation of any kind. But maybe — just maybe — the stars are aligning for the Airlines Passengers’ Bill of Rights to take to the skies.

The political winds are turning in its favor. With an election year coming up, representatives are trying to gussy up their consumer credentials. This is a great opportunity to show that they care about their constituents.

Now, more than ever, there’s also a sense that airlines have gotten away with too much. Maybe it’s time to rein them in, say critics.

“If enacted, it would be the most significant consumer protection legislation for air travelers since the enactment of the Airline Deregulation Act of 1978,” says Hasbrouck.

If enacted, the Airline Passengers’ Bill of Rights passes would give air travelers critical new rights, both on the plane and in court. It would make airline fees fairer and ensure passengers have access to bathrooms and drinkable water. It would also guarantee that your hard-earned frequent flier points wouldn’t be devalued without notice.