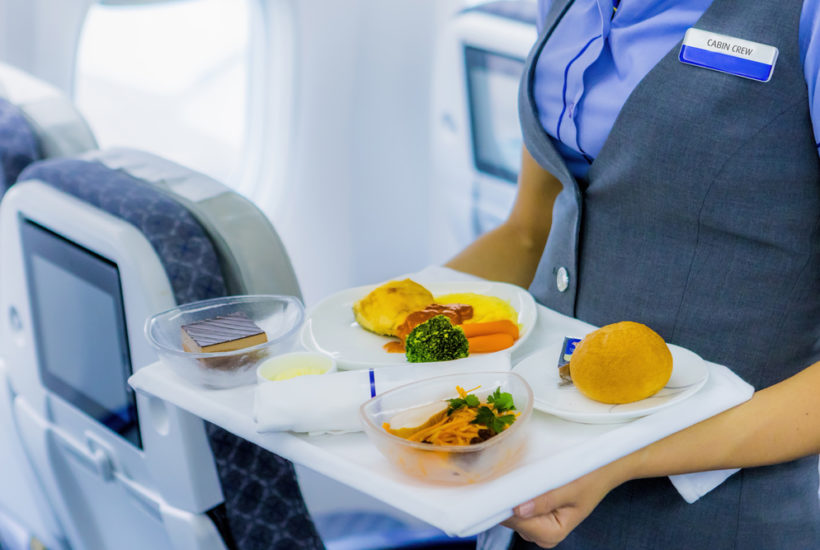 Want to get good service from a bad airline? Use your “pleases” and “thank yous”—and don’t expect too much.

That’s the consensus of travelers, experts, and insiders who have worked for these airlines. And by “these” airlines, I mean carriers that are known for their bare-bones fares, where everything is extra and whose customer service ratings are circling the drain. (Those would be Frontier and Spirit, according to the latest American Customer Satisfaction Index.

Even if you don’t have a ticket on one of these low-scoring airlines this summer, you still might find the following information useful. You can score excellent service by understanding your airline, minding your manners and taking care of a few basics.

Weed out the bad airlines before you book

Courtney Goff, a former employee of one of the ultra-low-cost airlines, says getting great service is a struggle—on both sides.

“Customer service was always an issue we had and could never really resolve,” she told me, “I attempted, in cases where I was able to help. But you can’t win them all.”

Ensuring a good flight experience starts at the beginning before you book your ticket. Research your airline carefully. Learn about the fees and extra charges, which can be burdensome. But Goff says you should dig deeper.

“Does the airline delay its flights all day and then cancel, or do they cancel their flights immediately?” she says. “Do they have a way of accommodating you if there is a cancellation?”

How do you find out? You need to comb social networks, priming your searches with keywords like “delay,” “stranded” and “compensation.” If you find lots of complaints about an airline leaving passengers high and dry during a cancellation, you might have a problem and should consider moving on to another carrier.

Point is, you want to weed out the bad airlines before they have a chance to show you how bad they are.

Politeness matters more than ever

Catherine Olson, who handles social media customer service for a discount airline in Salt Lake City, says manners can make a huge difference. And it’s not just using “please” and “thank you.”

“The absolute worst thing is when customers think they know everything,” she says. “Particularly when they think they know more than the airline employee or accuse them of lying or accusing them of purposely mistreating them or delaying or canceling a flight because the flight isn’t full enough.”

You’ll get much further by asking questions—not slinging accusations—and being appreciative.

“When you start your interaction with an airline with a compliment you catch our attention,” says Catherine Olson, who does social media for a discount airline. ” Our natural response is, ‘Yes! What’s going on, maybe we can help?’ she says. “Expressing gratitude is the number one way to have a great flight.”

That’s good advice when you’re dealing with any travel company, but mainly a low-cost or discount carrier. Why? Employees of those airlines are accustomed to being beaten up—figuratively, and sometimes literally—by customers. They face rude, ungrateful passengers every day, even though they didn’t create the customer-hostile policies they must enforce.

Take care of yourself

Another way to get good customer service: Prepare yourself. Leigh Ann Newman, a senior program manager for an international government consulting firm, always packs comfortable clothing so that the tight quarters don’t seem even tighter, a fully charged phone loaded with movies and music to drown out the screams of babies and the complaints of adults, and plenty of snacks, since everything costs extra.

“I also have an upbeat attitude, and I make it a point to engage the flight attendant with a smile and a kind word,” she says.

“Make it a point to engage the flight attendant with a smile and a kind word,” advises frequent flier Leigh Ann Newman, a senior program manager for an international government consulting firm.

If you’re sensing a theme here, you’re right. Surviving a flight on an ultra-low-cost airline depends on your outlook as much as it does your preparation.

Lisa Flowers, a publicist and a frequent flyer on discount airlines, says she never checks in without a family-size bag of M&Ms for the flight attendants. On a recent trip with her young son, the flight attendants were shocked by her gift and reciprocated by giving her free snacks and drinks for the duration of the flight.

SEE ALSO  6 things you should avoid this summer

Consider making room in your carry-on for a surprise treat for the cabin crew. It could pay dividends throughout your flight, advises publicist Lisa Flowers, a frequent flier on discount carriers. She was rewarded with free snacks and drinks when she flew with her young son recently.

“Even the worst airline can have great employees,” she says. “Sometimes, you have to be patient to find them, but if you look, you’re likely to find one or two delivering the airline’s customer service promise.”

As a consumer advocate who deals with the worst airlines every day, I couldn’t agree more. Careful research, the right attitude, and a little kindness can make even the worst flight bearable, and perhaps even enjoyable.

More tips for getting good service from a bad airline

Don’t try to bend the rules

That’s the advice of Lisa Cortez, owner of bluSardinia Tours, a tour operator that operates in Europe. “Low-cost airlines typically have very strict carry-on luggage rules,” she says. Packing a heavy bag in the hopes that you can carry it on is folly. Odds are, the airline will weigh the bag when you check-in, and you’ll have to pay extra. It’s not worth the gamble.

Don’t expect too much

You know the saying, “You get what you pay for”? Cortez says that one “rings true here. You won’t be hearing the pop of a cork or smelling the aroma of warm mixed nuts before takeoff when flying a low-cost airline.”

Bring your own everything

“Bring snacks and water,” advises Beau Ragland, CEO of Voyista Travel, a tour operator. He’s flown extensively on European low-cost carriers. “You won’t be getting anything on the plane unless you get out your wallet. This is especially important for long-haul flights,” he adds.