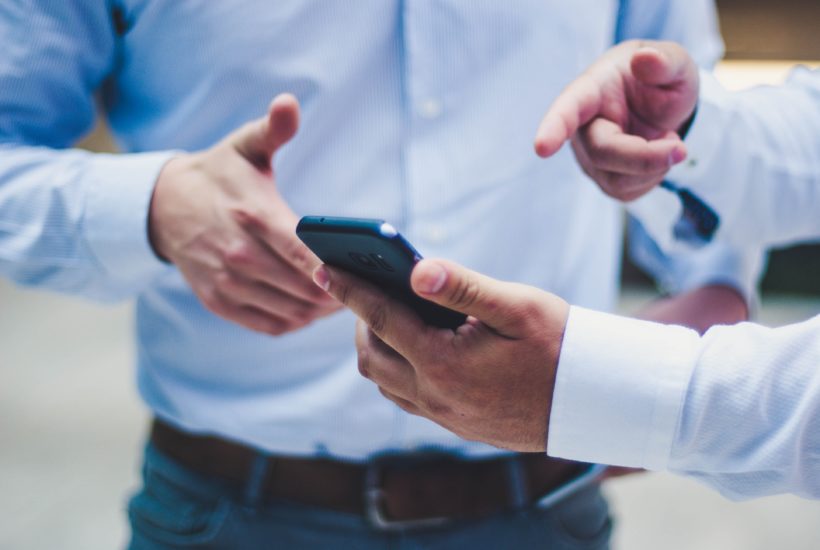 According to official data, XCOOP has proposed the digital transformation of remittances with a special focus on financial inclusion in Argentina. This is part of a growing phenomenon of fintech adoption in Latin America generally and could help to significantly streamline the regions financial processes.

Get comprehensive access to global fintech, business, stock market, finance news, and trending topics like Bitcoin and cryptocurrency with the Born2Invest companion app.

Every time people go to the bank to send/receive money to or from another country they are taking part in  a massive international system. According to official data, Argentina and Spain are among the main destinations for family remittances. Day-to-day transactions are usually made with Paraguay, Bolivia, Peru, Colombia and, due to the recent crisis, Venezuela.

The traditional model was to take cash in person and pay a commission (around 15%) to make the shipment. The technology that began to transform this model in the United States, Europe, and Asia is gaining ground in Latin America. “Just as the world evolved, we have to evolve,” explained Alex Torriglia, one of XCOOP’s founders and Chief Operating Officer.

Based in Argentina, fintech has sparked a digital transformation of remittance sending with a special focus on financial inclusion. “So far the relationship ends when the user receives the money, but this was not included in the banking system or in any payment system,” Alex Torriglia said during the presentation.

It should be noted that 90% of those who receive family remittances are located at the bottom of the social pyramid and spend the money mainly on food, health, clothing, and education. Carrying out the transaction from a cell phone could represent a simpler and less costly solution. The commercial ecosystem of the remittance could go down to zero, covered by the different commissions generated by the use of money in the system.

“If a person lives here and needs to send money to his relatives in Paraguay to pay for electricity, why does he have to pay 15% commission if he can use the internet to pay for electricity from Argentina,” asked Torriglia. For that, XCOOP closed agreements with the service companies of each country, while creating alliances to be able to recharge cell phone credit from the platform.

The idea is for people to voluntarily join a regional cooperative network of financial institutions, technology providers, retailers, and businesses. For this reason, the financial inclusion process contemplated an agreement with the largest payment services company in Argentina: in these stores, it will be possible to send cash-to-cash and then accompany the users on their way to adapt to new tools such as card-to-card or mobile wallets.

“It’s a step by step journey. Then we will be able to offer them other financial services such as rechargeable cards, and qualify them to grant them microcredits or advances on remittances,” he said.

After that point, once the remittance is being operated in the commercial ecosystem, the cost of sending could go down to zero, covered by the different commissions generated by the use of that money in the system.

The tip of a giant iceberg

Historically, Argentina is a country that is more a sender of remittances than a receiver, although the amounts of that balance were modified to the rhythm of the economic crisis of the last two years. People usually send money to Spain, more than $900 million per year. That can be explained in great part by the contributions of the middle and upper classes to relatives who study or work there.

Most of the remittance money goes to Paraguay, Bolivia, Peru, Colombia and, as a result of the serious situation, it is going through, Venezuela. With the exception of Spain, most of them are unbanked.

Globally, remittances accumulate more than $610 billion, with an informal cost estimated at an additional $300 billion. There are entire economic systems, as in Nicaragua, where they represent 85% of capital income. Mexico, the great Latin American recipient, is accumulating $30,000 million a year.

Taking into account that for the World Bank the potential market in Latin America is $137 billion, the rate of growth of the sector worldwide is 6 to 8% per year. In developed countries, money transfer companies won between 30 to 40% to traditional companies, for Torriglia the scenario “has opened a great opportunity. Our model is much simpler and more agile than the traditional one, which needs intermediaries, offices and rate agents in a process with too many actors in the environment, which makes the cost of shipping more expensive and extremely complex”.

SEE ALSO  BRICS are out, new economies are in

After an initial investment of $5 million and two years of internal development, XCOOP’s roadmap is to have the Argentina – Paraguay route operational for Christmas and add the different destinations, as the regulatory aspects are completed in each country, from the first quarter of 2020. The goal is to reach 5 million users and $5 billion in remittances by 2025.

First published in NOTICIAS&PROtagonistas, a third-party contributor translated and adapted the article from the original. In case of discrepancy, the original will prevail.