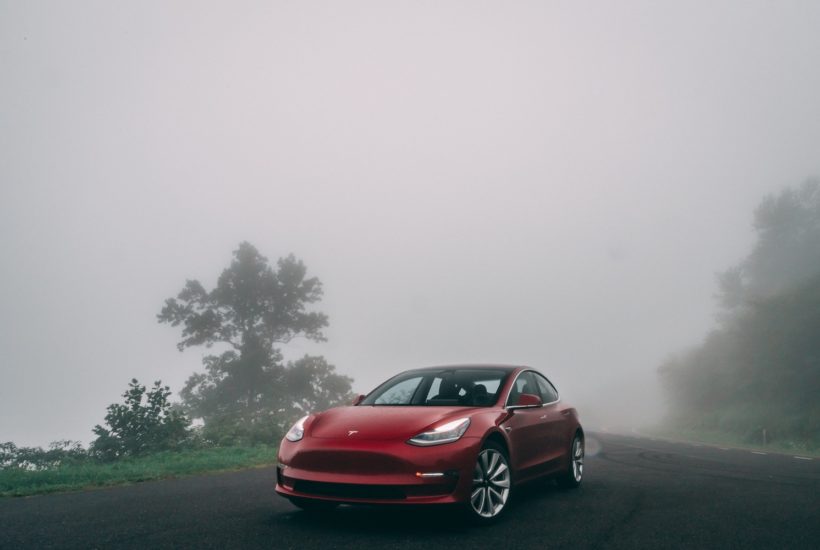 Tesla is still considered a pioneer in the e-car industry. But other car manufacturers are following their lead. There is, for example, the new E-SUV Mach-E from Ford, which only costs a little more than the current Tesla Model 3 and is expected to hit the road by 2020. Increase competition could pose a threat to Tesla’s control over the e-vehicle industry.

Elon Musk congratulated Ford on the Mach-E on Twitter, and wrote that he was pleased with the announcement as it will encourage other car manufacturers to also rely on e-mobility.

Many other publications overlook breaking business news focused on marketing or other business strategies. Born2Invest mobile app helps readers to be up to date with the newest information in this field and others, among which finance, markets, cannabis, fintech and Asia.

Nevertheless, the Tesla boss certainly also knows what the increasing presence of traditional car manufacturers on the e-car market means for his company: climate-friendly e-cars with a presentable range are now being built by others. Tesla is no longer alone in the growing market for electric cars and competition is increasing.

E-car pioneer Elon Musk, founder and CEO of Tesla, therefore, obviously wants to step up his company’s game to stand out from the new entries. In addition to improved driving technology, the tech in the interior of the vehicles should increasingly become a better experience for the passengers.

Given the progress made in the area of autonomous driving, it is important that the interior of a car becomes “more of an entertainment opportunity,” Musk recently explained, reports the U.S. news channel CNBC.

Tesla is known for integrating small surprises into its cars, such as the possibility of switching the car’s lights to disco mode. But Elon Musk is serious when he talks about paying more attention to entertainment.

SEE ALSO  These digital marketing tips will build up your startup

“The greatest fun you can have in a car”

He wants to develop an infotainment system that “offers the greatest fun you can have in a car,” says Musk.

Tesla’s aim is obviously to set itself apart from the other traditional car manufacturers, in this way. “I don’t think other car companies really think about it that way,” Musk continued. “It [the car] is not just a kind of transport device with no soul and no character.”

The new Tesla Model 3 already has a relatively large, centrally placed display. If you buy the Tesla “Premium Connectivity” package, you get two integrated streaming services with Spotify and TuneIn, a browser with restrictions, and a fast navigation system with real-time data and Google integration.

Just recently Tesla added a karaoke library with songs and lyrics. The e-car manufacturer is also constantly adding more games to the existing Tesla arcade collection. Apart from an annual fee for mobile phone users via the LTE modem, there are no other costs.

However, other car manufacturers are starting to catch up and improve their infotainment systems to compete with what Tesla offers, says Dan Ives, Managing Director at Wedbush Securities and Tesla Analyst, to CNBC.

Ford’s E-SUV will also be equipped with a large control display and entertainment technology. Its infotainment system Ford Sync, offers a precise navigation system, the integration of Apple Carplay and Android Auto via Wlan.

Software updates are retrieved via a mobile radio modem. As an extra option, the vehicle is supplied with a sound system with ten loudspeakers from the Danish manufacturer Bang and Olufsen.

First published in BUSINESSINSIDERDEUTSCHLAND, a third-party contributor translated and adapted the article from the original. In case of discrepancy, the original will prevail.