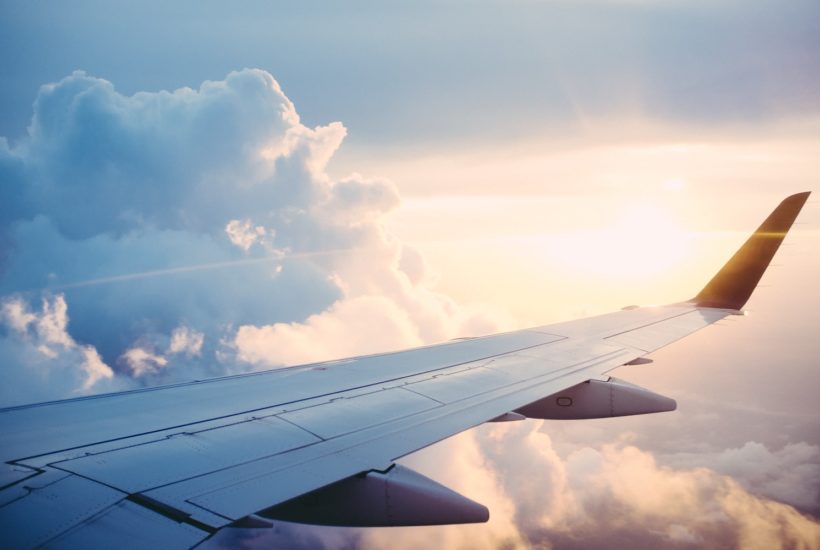 The IAG airline group – the parent company of Iberia, Vueling, British Airways, Aer Lingus, and Level – continues to grow in Spain despite the risk it poses to the purchase of Air Europa, which is pending approval by Brussels. The main problem with the operation is the notable increase in its market share in Spain, which would exceed one-third of the total, and leave some airports at risk of monopoly.

The latest stories and business headlines are available with the Born2Invest mobile app. Keep up to date with the latest business stories updated throughout the day.

According to its annual report presented on February 28th to the National Securities Market Commission (CNMV), IAG continued to increase its capacity in Spain last year, with a 7.3% growth in domestic flights “mainly due to increases in Vueling and Iberia.” In fact, the passenger occupancy ratio of IAG’s domestic markets improved by 2.2 points, despite the “strong increase” in supply.

Vueling’s capacity grew through new frequencies on domestic routes, which were expanded in the Balearic and Canary Islands. In addition, as the company itself explained, ‘Vueling launched new routes, including several connections between cities in mainland Spain and the Canary Islands.’  For its part, “Iberia’s capacity grew through increased frequencies, as well as new routes connecting Melilla with Seville, Granada, and Almeria.”

In the European market, Vueling launched flights from Paris to Mallorca and Alicante, among others, while Iberia also increased frequencies from, or to Spain. In Latin America, Iberia launched a new route connecting Madrid to Guayaquil and increased frequencies on its routes from Madrid to San Salvador, Guatemala City, Bogotá, and Lima. Finally, in Asia-Pacific, Iberia increased its capacity by 21.9% mainly due to the increase in frequencies on its Madrid-Tokyo route.

SEE ALSO  A look at the gold market and stock market

Aena highlighted, in its annual report, that while Ryanair closed three bases in the Canary Islands and Norwegian closed the one in Madrid due to the delay in the deliveries of the Boeing 737 MAX aircraft, Vueling incorporated a new aircraft in each of its bases in Barcelona, Bilbao, Seville, Alicante, Valencia, and Santiago, and opened a total of 40 new routes. This made the low-cost IAG the airline that increased the most its market share at Aena’s airfields in 2019.

This means that the group as a whole would move twice as many passengers as Ryanair, the airline with the most traffic so far independently, with 18.2% of Aena’s passenger share. This is the point that could generate the most doubts in the eyes of the European Commission, which has the final say. Brussels has already given the ‘yes’ to the merger of Air France and KLM in 2004, that of Iberia and British Airways in 2010, and the addition of Aer Lingus to the IAG in 2016.

During the presentation of the annual results, the still president of Iberia and future CEO of IAG, Luis Gallego, has assured that the process of buying Air Europa “is continuing,” that they are doing “everything Brussels asks for as quickly as possible” and that “the objective is still to approve the operation in the second half of 2020,” although this will depend on the deadlines handled by the responsible authorities.