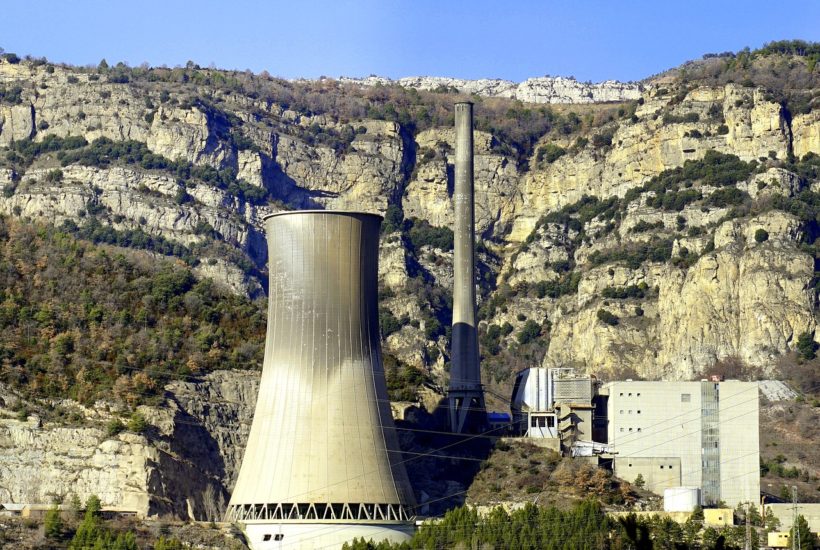 The cooling tower of the thermal power plant in Palencia de Velilla del Río Carrión, a symbol of this power plant for almost 4 decades, is now a thing of the past. On October 28th, at 4 pm, the construction of Iberdrola was demolished as part of the process of dismantling the power plant, 56 years after its commissioning and 15 months after its closure, requested at the end of 2017. This is a process of which about 35% has already been executed and will take 48 months.

These works are involving a large number of suppliers (many local with a higher volume of work than they maintained during the operation of the plant) and about 50 professionals. About half of them come from the plant’s contractors and local companies; highly qualified professionals with extensive experience in the execution of this type of technically complex projects.

The controlled explosion is a further step in the energy transformation of the country towards a sustainable economy. The procedure has been carried out with maximum safety guarantees and minimum environmental impact. In fact, electronic detonators with 82 kg of explosive were used to demolish the tower, which is more than 100 meters high and weighs more than 7,000 tons.

The demolition technique used is one of the most efficient for the dismantling of power plants, as it minimizes risks for workers, favors the circular economy, and contributes to reducing environmental impact. In addition, the concrete and metal structure waste will be recycled.

Read more about Iberdrola and find the most important business news of the day with the Born2Invest mobile app.

Since 2001, Iberdrola has already closed a total of 17 coal and fuel oil-fired power plants worldwide, of which the last two, Velilla and Lada, were Spanish.

Iberdrola’s renewables plan in Castilla y León for the coming years includes the installation of 1,800 MW of renewable energy, both wind and photovoltaic, with an expected investment of $1.5 billion (€1.3 billion). In Velilla, it will build one of the largest photovoltaic complexes in the region and in Spain (350-400 MW) with an investment of $349 million (€300 million). In the region, Iberdrola is a leader in renewable energy with the operation of 5,200 MW, making it the autonomous community with the greenest megawatts installed by the company.

An overview of Iberdrola’s financial results

(Featured image by JosepMonter via Pixabay)