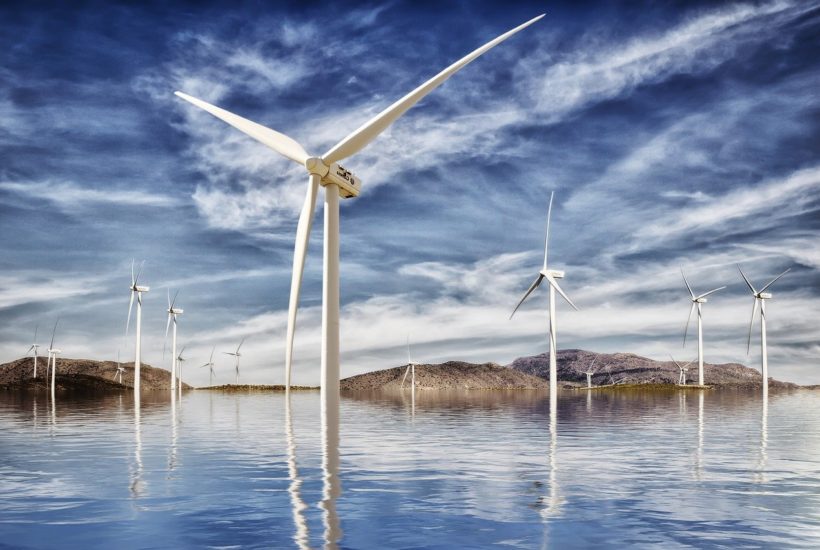 Iberdrola is preparing the first industrial-scale floating offshore wind farm in Spain. The electricity company plans to invest more than $1.21 billion (€1 billion) to start up a facility that will have 300 MW located off the Spanish coast.

The company considers that the project represents an opportunity to develop the value chain in the country and to position the Spanish industry as an international benchmark in the field, which is why it has submitted this project to the Government for consideration under the Next Generation EU program.

Iberdrola is currently analyzing three areas in which to locate this floating wind farm, and the options it is considering are limited to the Canary Islands, Andalusia and Galicia.

In the short term, in the 2021-2022 scenario and before the start of the construction phase, the initiative could generate between 1,000 and 2,000 jobs and reach 2,800 jobs per year in 2026 with the participation of 66 Spanish companies and technology centers, including 52 SMEs, one of the requirements demanded by the plan for European funds.

According to the company’s estimates, this activity would involve nine autonomous communities, thus contributing to the structuring of the territory and the creation of industrial opportunities in a growing market with a high export component. The project would also avoid the emission of 202,500 tons of CO2/year into the atmosphere.

Read more on the subject and find other important business news with our companion app Born2Invest.

Among the Spanish suppliers are Navantia and Ingeteam

With the start-up of this plan, Iberdrola would highlight the value of the collaboration initiated with Spanish suppliers such as Navantia, Windar, Ingeteam or Haizea Wind for the construction of critical components for its offshore wind farms Wikinger (Germany) and East Anglia ONE (United Kingdom) and those under development, such as Saint Brieuc (France).

This activity has boosted a business base that has made Spain the fifth country in the world in terms of the number of factories in the offshore wind supply chain and would open the doors to this new modality.

This project would thus become the spearhead for the development of up to 2,000 MW of floating offshore wind power that the company has identified. Iberdrola is analyzing the possibility of installing additional floating turbines in its current project portfolio, which could include the East Anglia project, and is analyzing the existing possibilities in Southeast Asia -Japan- or the Atlantic -USA-, where it is already conducting marine studies with the Hydrographic Institute of Cantabria.

Iberdrola is also analyzing whether this technology can be used in shallower waters, which could avoid risks to foundations, ships and even reduce costs, since this type of wind turbines are assembled on land and only have to be dragged.

The electricity company signed in April last year an agreement to test a prototype in Spain after having achieved in Norway a first demonstration project, the Flagship, with an investment of $60.7 million (€50 million) for the installation of a 10 MW platform.

One of the options for the existing facility is Bimep, a test and demonstration infrastructure for wave converters and offshore wind turbines in the open sea with a capacity of 20 MW distributed in four offshore connection points of 5 MW each that could still accommodate such a platform.

The other option is the Plataforma Oceánica de Canarias (Plocan), a public consortium created in 2007 with the aim of building, equipping and operating a set of marine infrastructures for research in the field of marine sciences and technologies.

The Flagship project is being developed at the Met Centre in Norway and aims to achieve a reduction in the levelized cost of energy (LCOE) in the range of $48.6 – $72.9 (€40-€60)/MWh by 2030, driven by economies of scale, competitive supply chains and a series of technological innovations.

Iberdrola is promoting, with more than 200 small and medium-sized companies, institutions, technology partners and startups, 150 projects for European funds.

The Government still has several calls open to receive expressions of interest from projects before deciding which ones will be chosen to receive the money from Europe.

(Featured image by enriquelopezgarre via Pixabay)