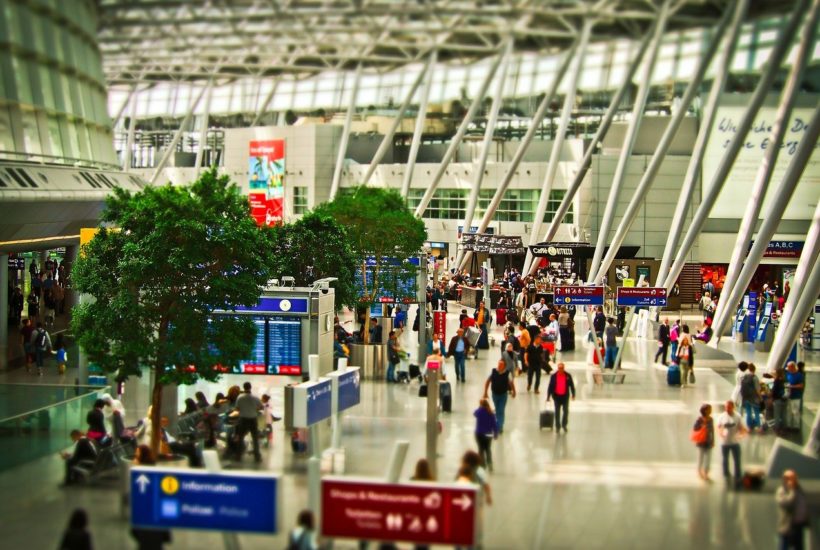 At a recent industry conference in California, it was rewarding to witness the energy and excitement as aviation officials described upcoming projects. The industry sector is alive and well, and airports throughout the U.S. are preparing to launch large infrastructure projects.

Airports suffered historic losses during the recent pandemic, but now they are rebounding and exceeding air passenger expectations. Travel restrictions are lessened, more people are vaccinated, and funding is available for infrastructure improvements.

Billions in financial relief have been provided to commercial aviation through the Coronavirus Aid, Relief, and Economic Security (CARES) Act and the American Rescue Plan Act (ARPA). Federal funding is being released through other programs, and most believe that Congress will soon pass an infrastructure bill that will provide even more airport funding. As a result, airports have immediate plans to modernize, expand, and improve safety and customer experience.

The conference focused on collaborative efforts by public owners, private sector investors, and contractors. Experts were on hand to discuss new trends, funding guidelines, and best practices for successful collaboration. Projects of every size and type were discussed, and it is obvious that upcoming opportunities related to aviation will be abundant in the next few years. A few examples follow.

Los Angeles World Airports (LAWA) has announced modernization plans with a cost estimate that exceeds $1 billion. Two existing Los Angeles International Airport (LAX) terminals will be upgraded, a new south concourse will be constructed, and two aircraft gates will be rebuilt to support U.S. Customs and Border Protection. A pedestrian bridge is planned that will connect Terminals 4 and 5, and an Automated People Mover system is included in the plan. Additionally, there will be numerous other smaller improvement projects.

Cleveland Hopkins International Airport’s 20-year plan, unveiled in May, carries an estimated price of tag of $1.8 billion. Construction of the first phase of the plan includes renovation of two concourses and replacement of another one. A new five-gate concourse will be added, the rental car facility will be relocated, and more parking will be added. The main terminal will be renovated, and the area for ticketing and passenger check-in will be expanded. Subsequent phases will include additional construction and a new traffic interchange from Interstate 71.

The Austin-Bergstrom International Airport will re-start its multi-billion-dollar expansion plan, the largest in the airport’s history. Upcoming projects will include construction of two new taxiways and at least 10 new gates. While plans for a second terminal are on hold, the new gates will connect to the main Barbara Jordan Terminal via an underground tunnel. The expansion plan has allocated $77.6 million for other types of projects that include upgrades to ticket counters and a new baggage handling system.

In 2019, the Mobile Airport Authority evaluated air passenger volume through a temporary terminal at the downtown Brookley Field airport. After favorable results, the Authority received approval from the Federal Aviation Administration (FAA) for a new international airport terminal. Plans to build the new terminal include the construction of five jetways, a new parking garage, surface parking lots, and tarmac expansion. Completion dates call for the work to be completed and the facility to be operational by 2024. Federal, state, county, and city funds are available for the expansion.

Tucson International Airport will expand and upgrade parts of the airfield to ensure that it meets all current FAA safety standards. Funding of $300 million will be required. Improvement projects in just the first phase, which includes a runway expansion, are projected to be approximately $100 million. The second phase of work will upgrade the pavement, electrical components, and the taxiway drainage and runoff systems. Three follow-on construction phases are planned.

The Boise City Council approved bonds for a multi-year capital improvement plan that will increase Boise Airport’s parking, upgrade the terminal, and add gate capacity. A new five-story passenger garage with a cost of $54 million is planned as well as a new employee parking garage with a cost projection of approximately $22 million. Solicitations will be released in the next several months, and construction completion is set for October 2023.

Officials at Greenwood Lake Airport hope to gain approval soon for a master plan so that funding can be acquired. Most of the new work will be focused on satisfying FAA design standards, improving hangar facilities, removing project obstacles, and increasing airport safety and efficiency. The proposed three-phase plan includes revisions to the runway apron and taxiway, replacement of one hangar, and construction of additional hangar space.

The Tuscaloosa National Airport has proposed a 20-year Master Plan designed to improve infrastructure and satisfy FAA operational requirements. Projects include an expansion of the runway to 7,600 feet, a solar farm to help offset electricity costs, cargo-handling improvements, and an additional 85,100 square feet of hangar capacity. Final costs are contingent on the specific projects and their timelines.

The Memphis-Shelby County Airport Authority has updated its Strategic Overview, a comprehensive plan outlining the organization’s goals for 2021-2025. Included in the Overview are plans for the modernization of the terminal core and ticketing areas as well as the replacement of the existing three-story parking structure, construction of the Charles W. Baker Terminal Building, extension of a runway, and installation of new airfield lighting. Budgeted costs are dependent on the individual projects and their schedules.