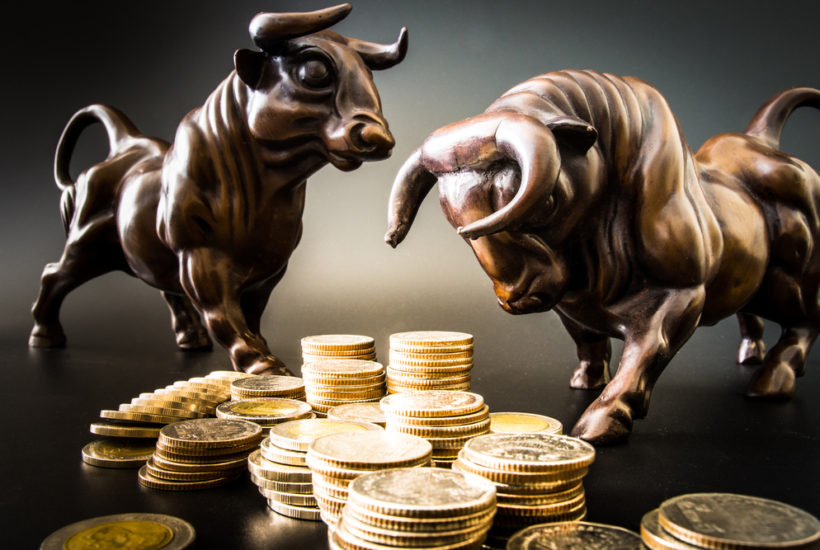 Even though it’s impossible to know exactly how the market will move, it’s possible to learn how to spot trends. Here are some of the trends that have consistently foreshadowed a bull market run, or a time when stock values steadily increased over time. With a better understanding of what constitutes a bear market vs. bull market, investors have more knowledge to base their stock trading decisions on.

The reason for the bull and bear names for favorable and unfavorable markets is derived from its particular animal’s method of attack. It should not be surprising that investors chose to liken their craft to being gored by a wild animal.

A bear knocks a person down and tackles them, producing a downward market trend, whereas a bull lifts its horns to charge, creating an upward trend. These simple bear market vs. bull market terms provide a projection of how stocks are performing overall.

To get a little more technical, a bullish market is conventionally associated with an upswing in stock prices of 20 percent, after a decline of roughly the same amount but before a second decline. This produces the familiar “up and to the right” bullish trend that’s associated with making money. Even in a bull market, there’s an ebb and flow. A one-week correction in a six-month bull run might appear catastrophic at the time, but how the market performs over a longer stretch is what determines whether it’s called a bull or a bear.

The popular “Dummies” publishers have put together a book for those who want to learn to invest, called “Trading for Dummies.” In it, they identify some of the most basic indicators of a new bull market. These are a low-interest rate, a market that anticipates economic recovery — the market rises before the economy fully turns around — industrial production on the upswings and strong performance from tech and cyclical stocks.

Stock experts have called the market’s current behavior the longest bull run in history, and that’s because we’ve enjoyed an overall market upswing dating back to March of 2009. However, there can be small shifts even within a larger bull or bear market, so it’s important to recognize the indicators. One important indicator is the follow-through day. For the layperson, this just resembles a positive day in the market where everything goes really well, but there’s actually more that needs to happen to satisfy the definition of a follow-through day for experienced investors.

Investor’s Business Daily defines this day as “A bottoming signal that occurs when a major index surges in higher volume than the previous day, and at least four days from an index low.” In other words, the market has sunk as low as it’s going to go and investor confidence has returned. Consequently, new hot stocks begin to emerge.

The periodical even goes as far as to suggest that a good investor should go out of their way to put funds into one of these breakout stocks if their read of such a day is correct. Some well-known breakout stocks include SanDisk, Lululemon and Western Digital. Currently, some believe that the cryptocurrency market is on the verge of a comeback, which is good news for bitcoin and other digital currencies.

4. Is another bull market coming?

Experts have doubts about investor confidence at the moment because of the extremely long bullish run that we’ve enjoyed. They also point to the extreme volatility of the tech stocks that have largely fueled this nine-year run. It’s up to you to determine what you will from that. A better question to ask might be what the conditions are that have maintained this bull market for so long and whether they’re sustainable in the near future. It makes sense that a change to those conditions could bring about a shift in the market trend.

(Featured image by Pisit.Sj via Shutterstock)